Over the past few months, we have admitted quite a few sea turtles with boat strike injuries.

Yoshi came in March 13th with a wound on the top of his most likely caused by a boat. Luckily it just grazed the surface, but it still caused a bit of a headache. 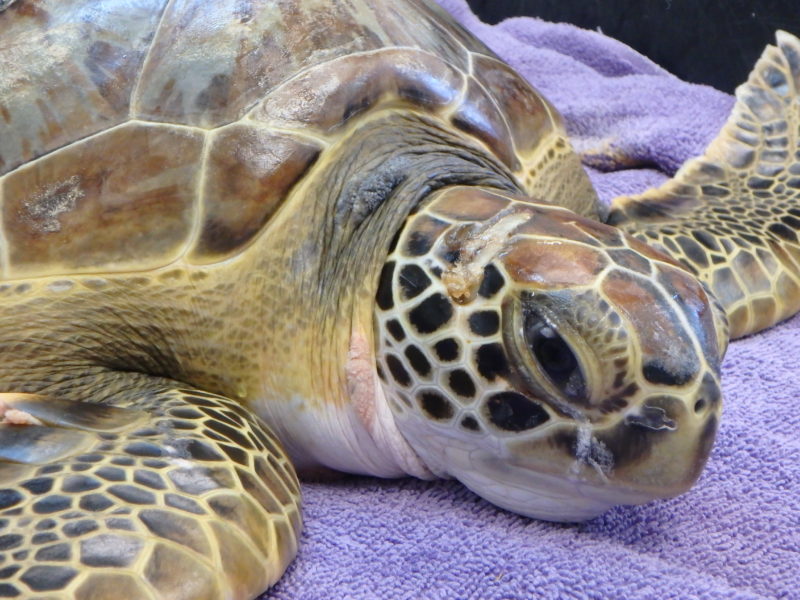 Yoshi also arrived with small Fibropapilloma tumors. Once his head was healed sufficiently, we were able to start surgery to remove those tumors. And now he is tumor-free! He’ll need to stay tumor free for 1 year, which will give his head plenty of time to heal. While he will always have a scar on the top of his head, he should suffer no long-term effects. 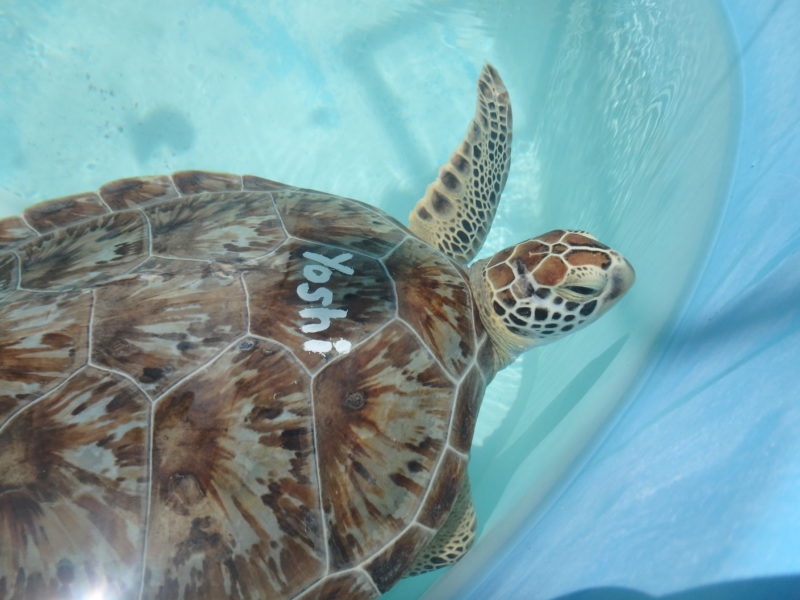 April 14th brought us another turtle with head trauma. This time a loggerhead with massive head trauma, named Cristiane Silva. Her wound is possibly a boat strike, but also could be from human interaction. 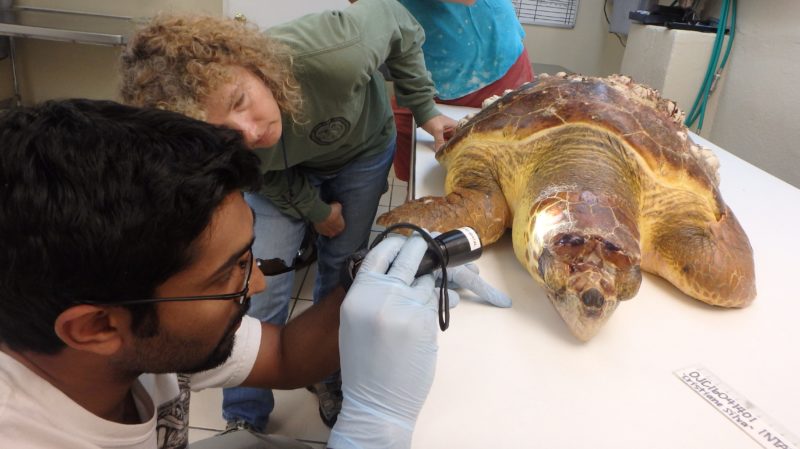 Once we were certain that she was going to survive the first few days, we took her to Fisherman’s Hospital for an MRI. This allowed us to get a better picture of her head injuries and if it had damaged her brain. 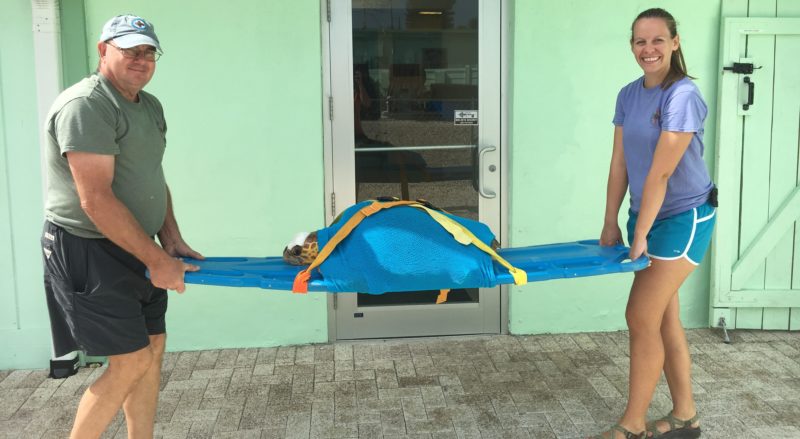 Cristiane bundled up and ready for her MRI

Using the MRI results as a guide, Dr. Doug was able to go in and stabilize the skull and use a mesh and epoxy combination to create a “cast” for her head to allow the bone to heal. 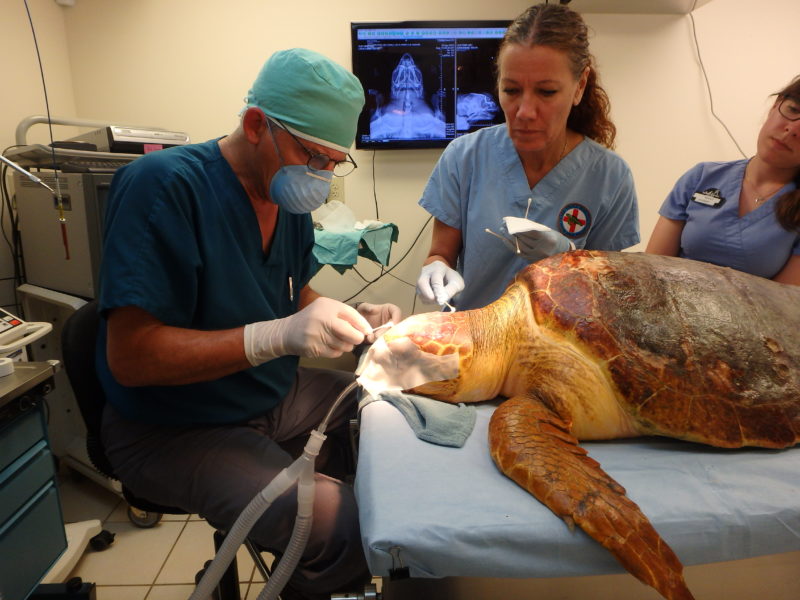 Now, almost 7 weeks in, Cristiane is doing awesome! She’s eating on her own, swimming great, and we just took the cast off to allow the rest of her head to heal. 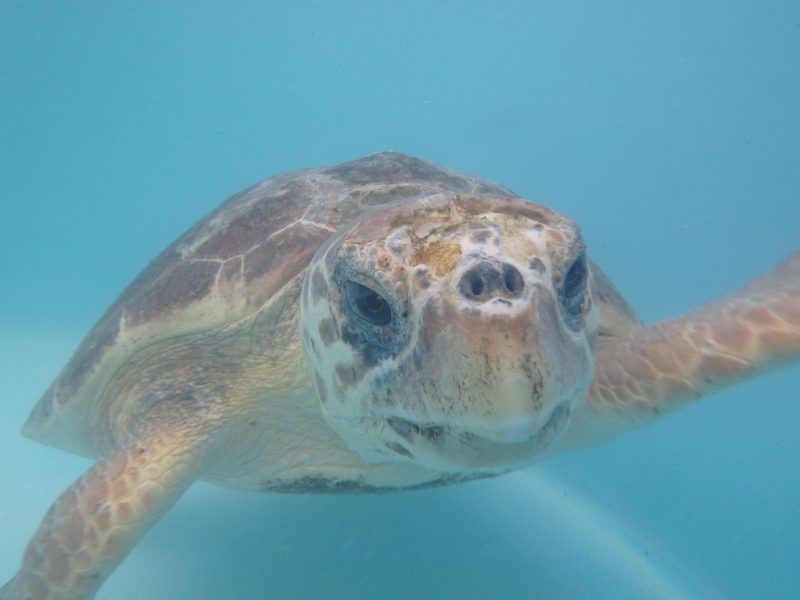 Our newest patient, Ren Mango, is another boat strike loggerhead. Arriving on Monday 5/30, in the midst of Memorial Day Weekend. Ren was a group rescue effort, which is also how she got her name. REN, an initial from each of the rescuer’s names. Then Mango because she needed a last name. For right now, we are letting her rest. And in a few days, Dr. Doug will come in and clean up her shell a little bit. 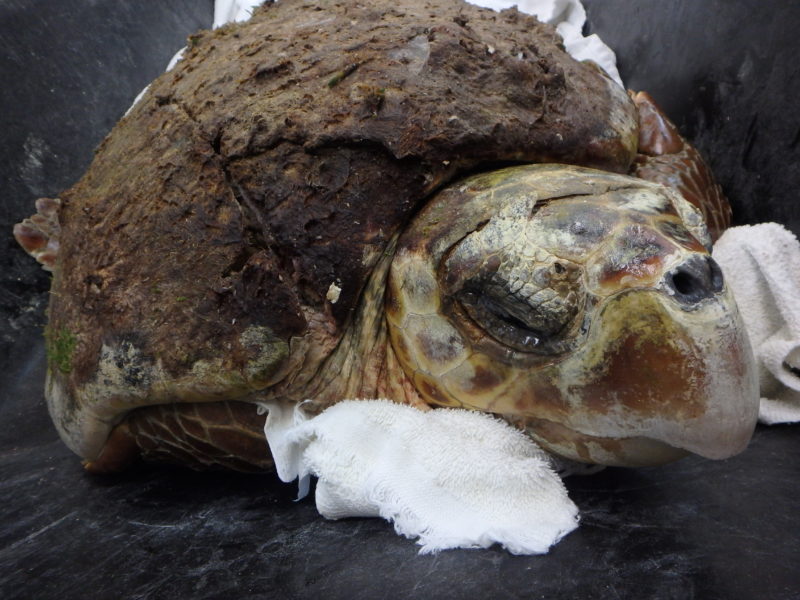 Ren Mango on Monday when she came in 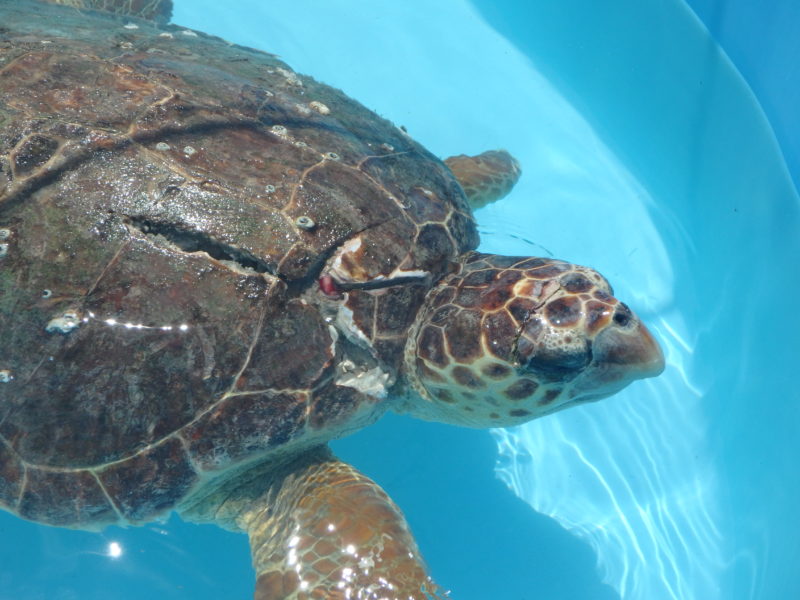 Ren Mango on Wednesday a little bit cleaned up