Elena and Moses Get Better!

Elena and Moses are both juvenile Green sea turtles that were struck by boat propellers. Both turtles also had Fibropapilloma tumors and Elena was even entangled in rope! These two turtles had a long road of recovery ahead of them when they arrived in early fall, but the hard days are finally over. 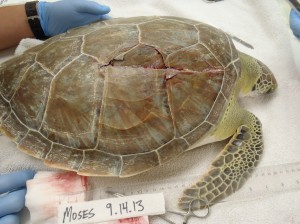 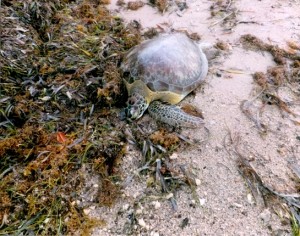 The large splits in their shells constantly shifted as the turtles moved or breathed and needed to be held in place. Both cracks were stabilized using orthopedic plates and over time the wounds began to heal. Finally, we were able to remove the plates now that the wound has new, healthy tissue holding it together. Both turtles also underwent surgery to remove their tumor growths and are in great condition. 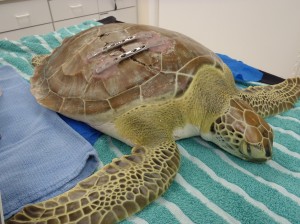 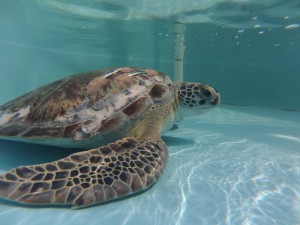 Moses got a major upgrade when he moved into a section of the tidal pool from a tank so that he could have more space to swim. At this point, the care for these turtles only includes a wound cleaning once a week. Once they reach one year of being free of their FP tumors, they’ll be back out to sea! 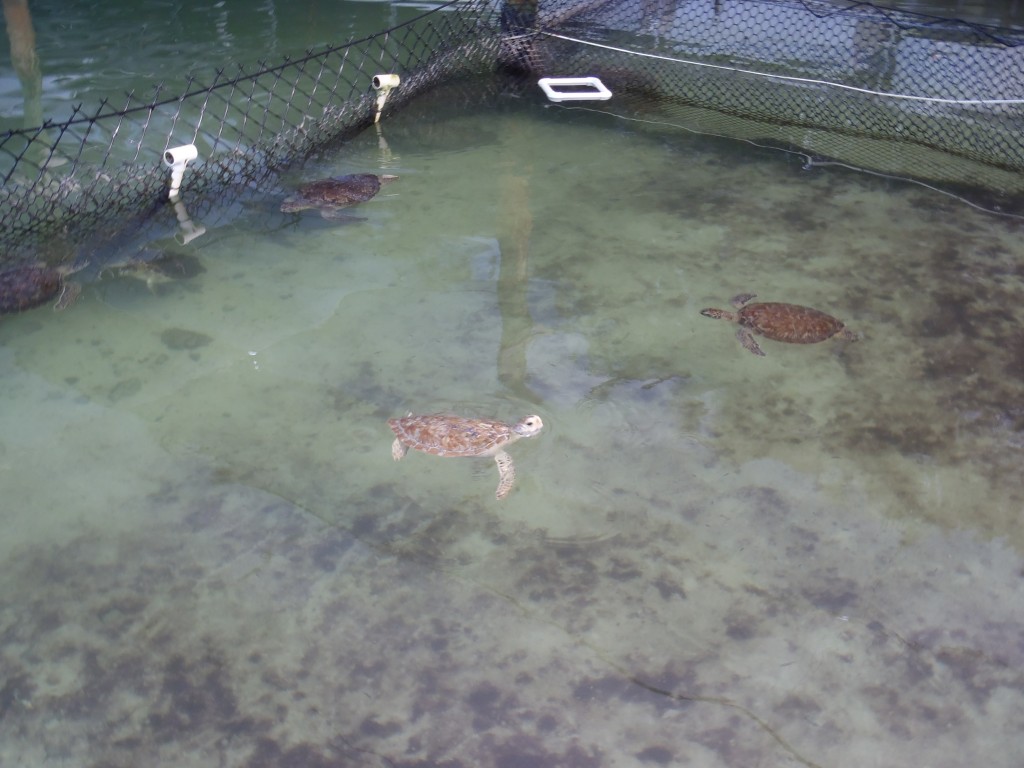