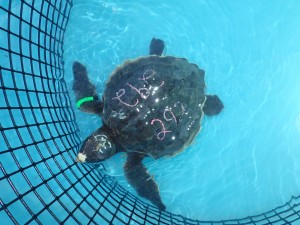 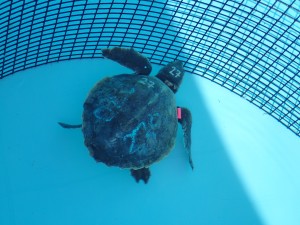 We started out with 30 turtles, but have since released about 15. Some arrived in good shape, we just had to warm them up and make sure they were eating on their own. Some had pneumonia and needed some extra care. We kept the turtles separate, because Kemp’s Ridleys have a tendency to bite. Because they are only here for a short period of time, they did not receive names, only numbers. 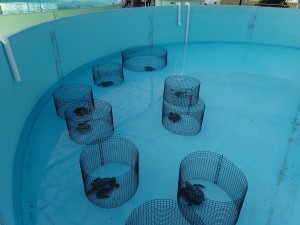 The last of the kemp’s was released in March 2015