The FWC had received several calls from people fishing from the Long Key Bridge, reporting a sea turtle that appeared to have mono filament fishing line wrapped around one of it’s flippers and was anchored in place. The turtle could dive but the fishing line had it tethered to an area about 50 feet in diameter.

FWC Sea Turtle Biologist, Sue Schaf was able to confirm the entangled turtle from the bridge and coordinated a boat rescue. After a hour of being buffeted by the winds and tides the turtle finally came up for air and was netted. 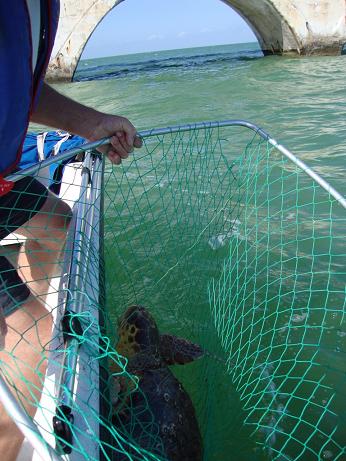 The sub adult loggerhead had two different fishing lines tightly wrapped around the base of it’s front left flipper. The flipper was swollen, indicating reduced blood flow but fortunately the line had not cut into the muscle. 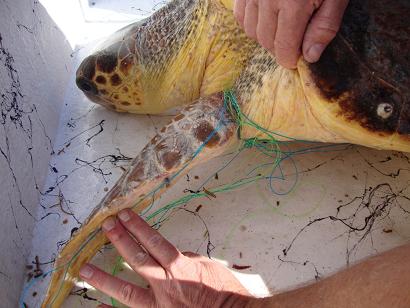 Long Key Luke was transported to the Turtle Hospital where it is receiving antibiotics and physical therapy for it’s damaged flipper. Staff is optimistic that the flipper will OK and the stay at the Hospital will be a short one. 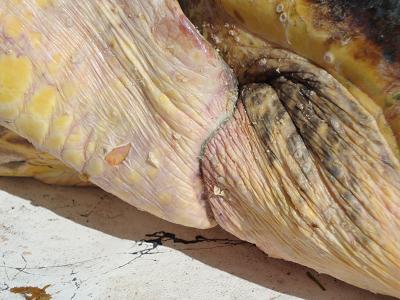