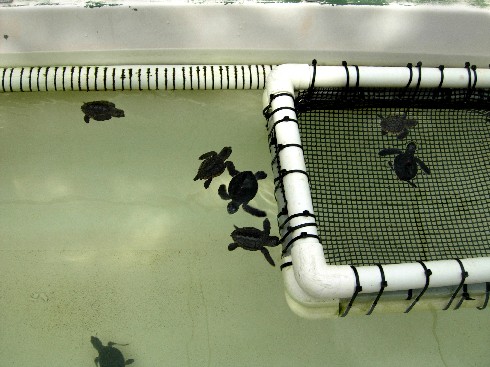 Florida is the primary nesting grounds for Loggerhead sea turtles in the United States. However, Green and Hawksbill sea turtles will also nest in the Florida Keys. On September 11th, six Green sea turtle hatchlings were rescued from their nest in the Marquesas. These hatchling sea turtles were deemed “root babies.” Florida Fish and Wildlife (FWC) officers were monitoring a nest in the Marquesas, once hatched, the officers dug up the nest and found that their mother had laid her eggs in a very awkward spot. The nest was laid underneath a Mangrove between the roots. When the hatchlings attempted to burst from their nest and run to the sea, several were caught in the intertwined roots. They were stuck! FWC was able to rescue the six small Greens and bring them to The Turtle Hospital for observation. It has been two weeks since their admittance to the hospital, and all six hatchlings are eating well, active and ready for release! 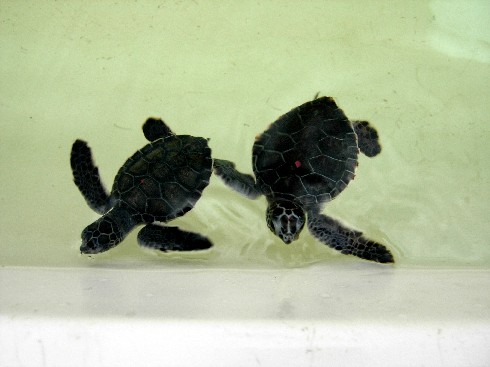 (Pictured above, new green hatchling on the left and Cletus on the right)