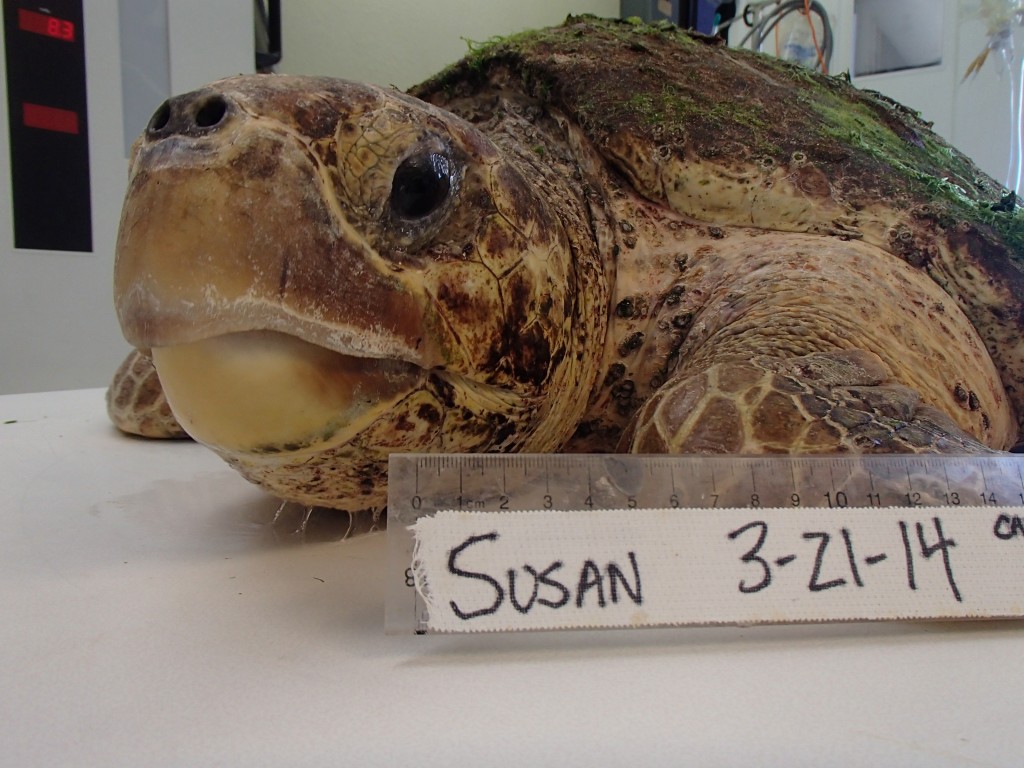 On March 21st the hospital received a call from Susan and George, a couple from Tavernier saying they could see a turtle floating a couple yards from their dock.  They said they had seen it lift its head to breath a couple times but was not moving very fast and was covered in barnacles and algae. They had been on the tour just a couple weeks before so they new something had to be wrong wit the loggerhead.  After receiving our permission to try to retrieve the turtle George swam out to help the turtle to shore! 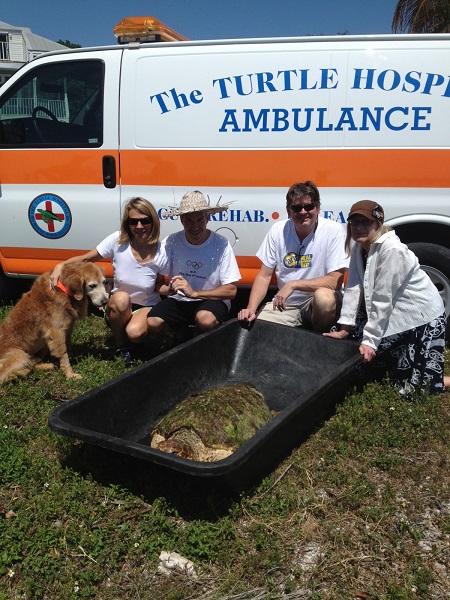 When staff arrived they started to check out the loggerhead, later named ‘Susan’.  Just by looking at the turtle we assumed she had eaten some plastic or other junk and had an impaction but when rehabbers checked inside the mouth they immediately knew how the turtle had become ill.  A 2.5 inch stainless steel fishing hook was found sticking out of her throat! 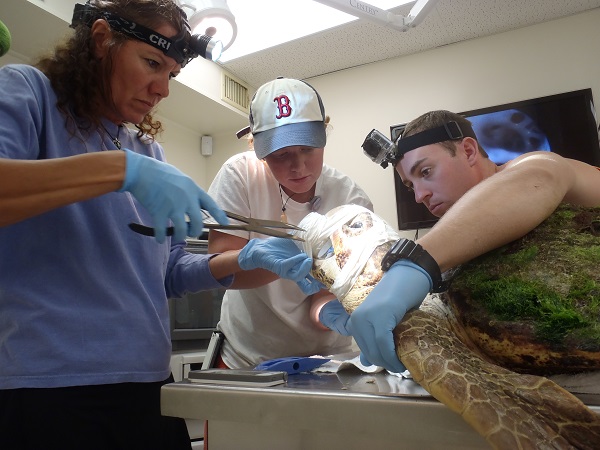 Once at the hospital she immediately received an x-ray to asses the location of the hook and how it should be removed.  After an x-ray she was transferred to the surgery suite for a hook extraction.  Luckily we have seen a fair share of hooks here at he hospital and we knew exactly what to do! First  a PVC ‘bite block’ was inserted into the turtles mouth to allow staff to see the hook without losing any fingers! Next a wire line was looped through the eye of the large hook and then run through a long PVC pipe in order to push the hook back down and hopefully unhook it from the throat tissue. After a couple minutes of wiggling and maneuvering the hook was slowly pulled out the throat and mouth with minimal damage! 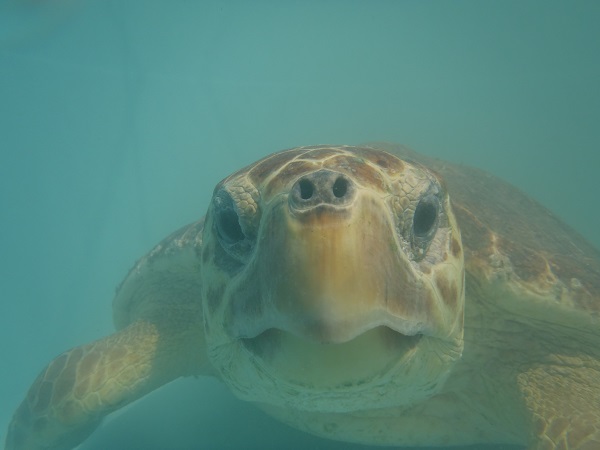 To watch the team in action, removing the hook click here.