Tracking Mr. T, a majestic adult male sea turtle released off of Sombrero Beach in Marathon, Florida Keys May 7th. Mr. T was rehabilitated at the Turtle Hospital and tagged courtesy of Mote Marine Laboratory as part of an FWC authorized educational and public outreach project. Research scientists at Mote will be using Mr. T’s track as part of a study of adult male sea turtles with their goal being to learn about the behavior, habitat, home range and migratory pathways of adult males. How awesome is that?! Gratitude all around to the folks at Mote Marine Laboratory and Sea Turtle Conservancy for including Mr. T in this interesting study! 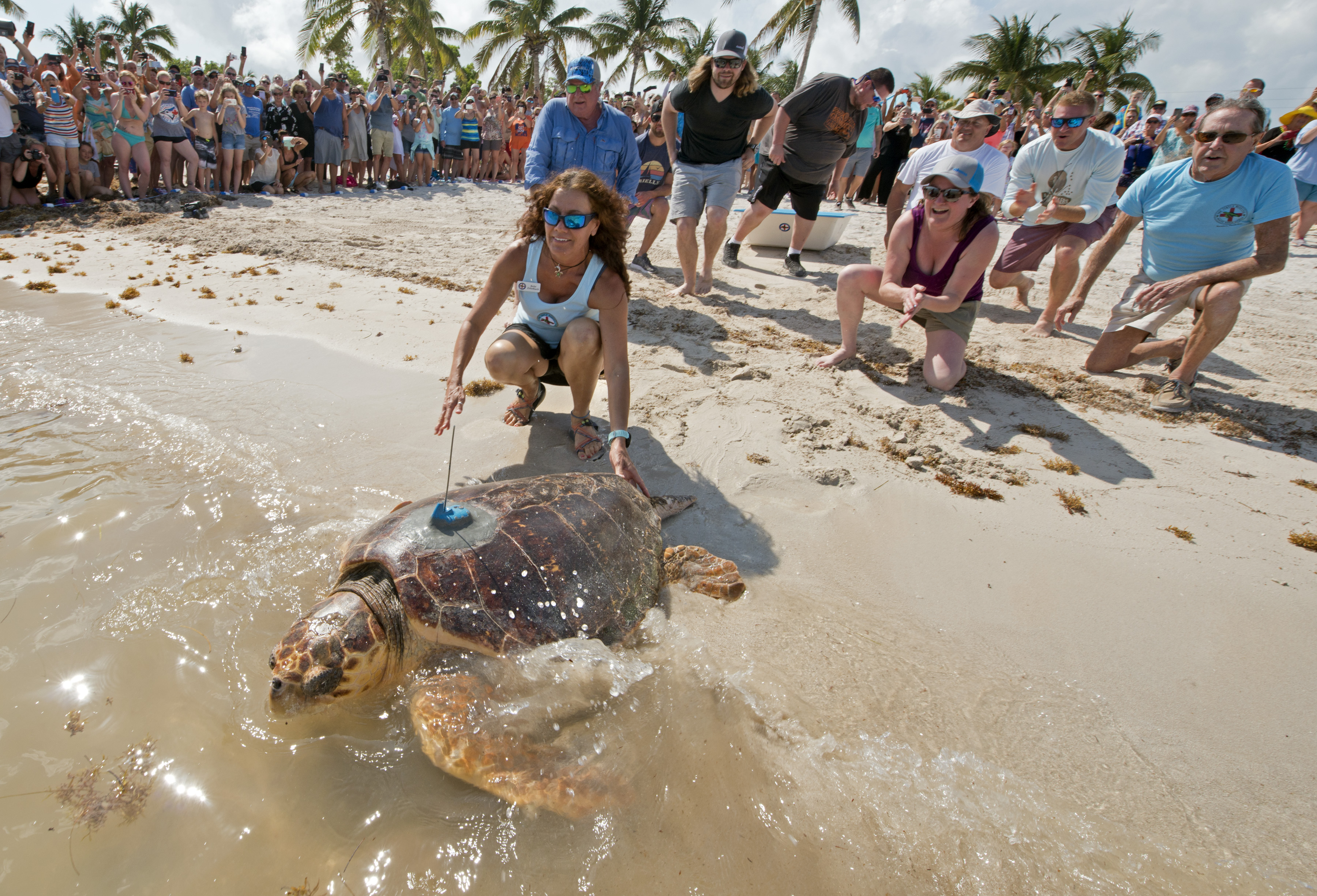 “Mr. T,” an almost 200-pound loggerhead sea turtle, crawls into the Atlantic Ocean Tuesday, May 7, 2019, at Sombrero Beach in Marathon, Fla. The adult male reptile was rescued in early February and convalesced at the Florida Keys-based Turtle Hospital following surgeries to remove a fishhook. The turtle was fitted with a satellite tag by Mote Marine Laboratory to track migratory patterns of male loggerheads. FOR EDITORIAL USE ONLY (Andy Newman/Florida Keys News Bureau/HO)