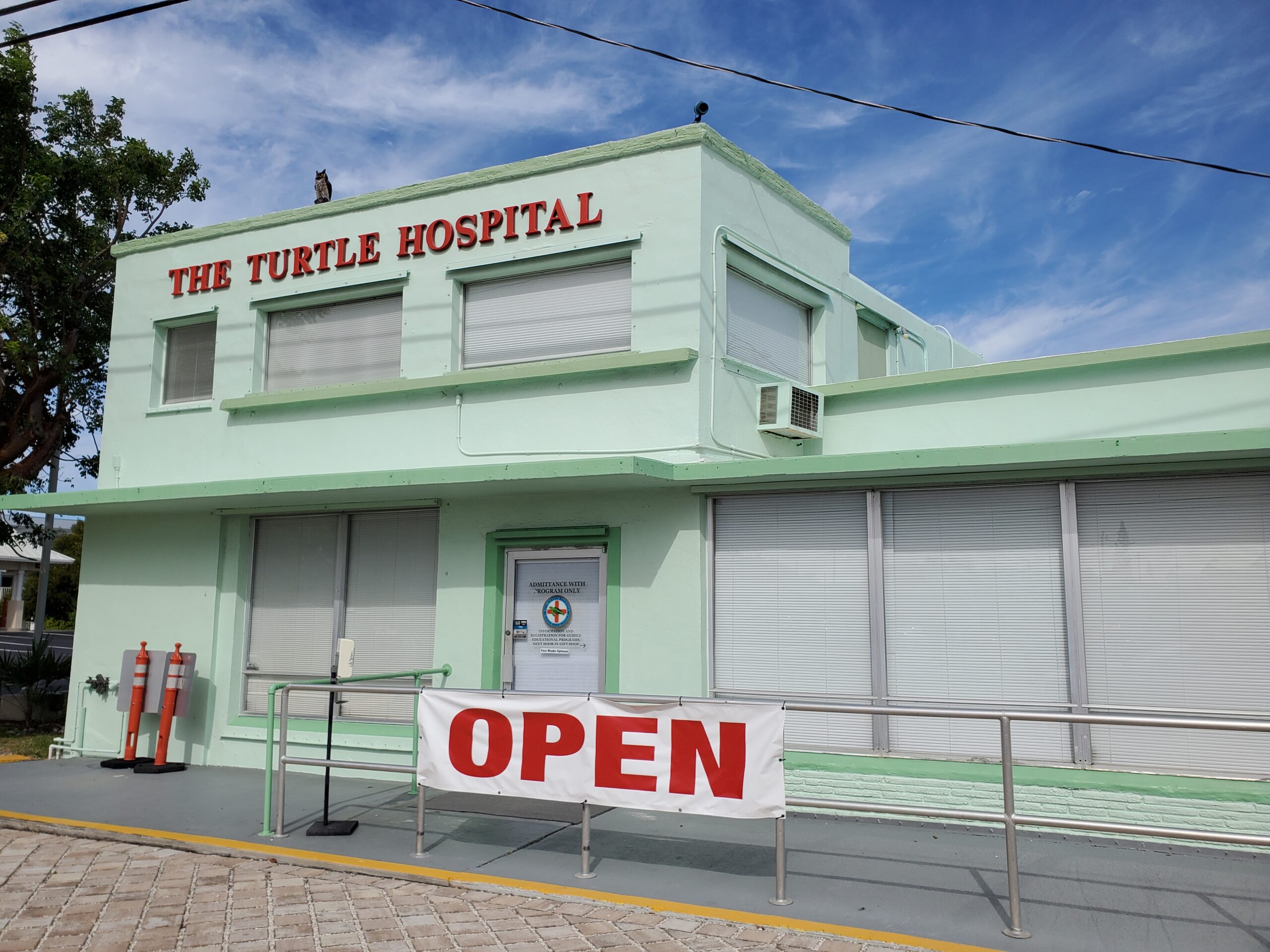 The Turtle Hospital is located at mile marker 48.5 on the Overseas Highway in Marathon, Florida Keys.

The Turtle Hospital opened its doors in 1986 with four main goals: 1) Rehab injured sea turtles and release them back to their natural habitat. 2) Educate the public by visiting local schools and attending outreach programs. 3) Conducting and assisting with research aiding sea turtles (in collaboration with state universities). 4) Working toward environmental legislation making the beaches and water safe for sea turtles.

The Turtle Hospital contains up-to-date equipment needed to perform a variety of surgeries on different species of sea turtles. More than half of our equipment has been donated by local hospitals, doctors, and environmentally-friendly organizations and individuals.

Many sick or injured sea turtles can be helped. The Turtle Hospital treats a variety of ailments such as: intestinal impactions caused from ingestion of discarded materials or excess crustaceans in their diet, shell damage caused by boat collisions, entanglement injuries from fishing gear and foreign matter. Most commonly treating for fibropapillomatosis – a disease that affects over half the juvenile green sea turtle population around the world.

The Turtle Hospital, University of Florida, and the University of Georgia College of Vet Medicine have been collaborating in cooperative research into the causes of fibropapilloma tumors – a result of the virus triggered by water pollution and the red tide. This is currently the only known disease affecting wild animals on a global basis. This virus has been successfully transmitted (proving that it is infectious) and current research concentrates on isolating the cause.

The Turtle Hospital has successfully treated over 2,000 sea turtles since its founding. The turtles are released as close as possible to where they were found – just like they are picking up right where they left off. For juveniles, sub-adults, and adults, they are transported to a local beach to be released on the sand. The hatchlings and post-hatchlings are taken 20-30 miles offshore into the Florida Bay to be placed in a safe weed line. Public releases will be announced on social media. 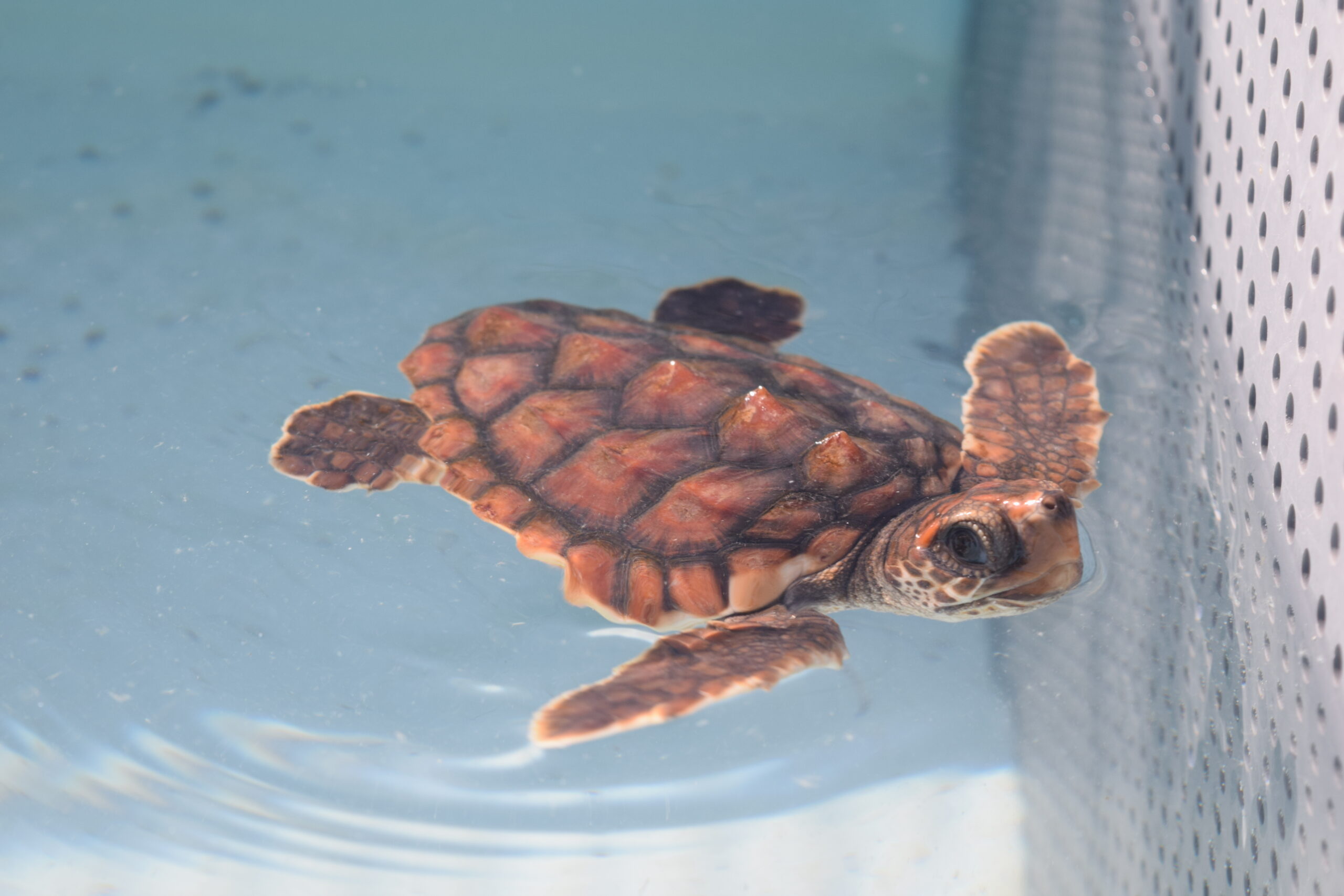