There are 7 species of sea turtles throughout the entire world. Five of the seven are found in Florida: Green, Loggerhead, Leatherback, Hawksbill, and Kemp’s Ridley. 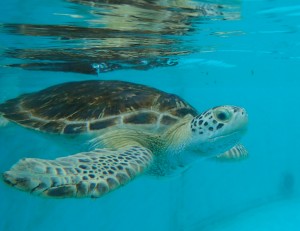 Fun Fact: Their shells are not green as their name suggests. Because they eat so much sea grass and algae, their fat turns green. 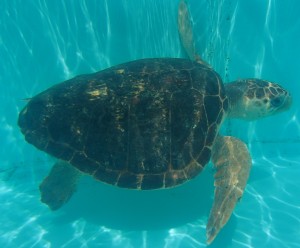 Range: Temperate and tropical seas, have been tracked migrating over 7,500 miles from nesting beaches in Japan to feeding grounds off the coast of Mexico

Fun Fact: Strongest jaw muscles of all the species, around 900 psi. 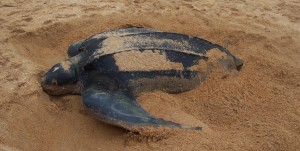 Range: Worldwide in all oceans, prefer deeper oceans. They can dive up to 4,000 feet to feed on jellyfish.

Fun Fact: Only sea turtle without a hard shell. Instead their shell is mainly cartilage with small pieces of bone, covered with their leathery skin. This allows them to withstand the pressures of deep diving. 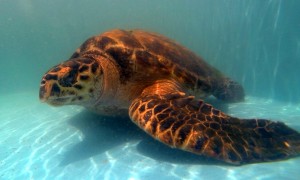 Range: Tropical seas, prefer to be near coral reefs where the sponges are located

Range: Primarily Gulf of Mexico, occasionally in Atlantic and Caribbean

Fun Fact: Named after Richard Kemp. Unique nesting behavior called “arribada,” where they nest together in the middle of the day. In 1947, there were 42,000 turtles nesting during one of these arribadas. By 1978, there were only 500 nesting females.

The Olive Ridley and Flatback sea turtles are not found in Florida. 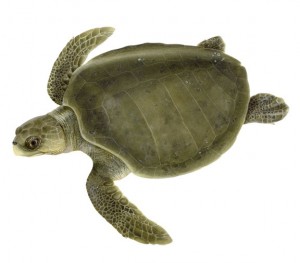 Fun Fact: Named for the olive green color of their shell. They have the greatest number of scutes (shell scales) of any sea turtle. 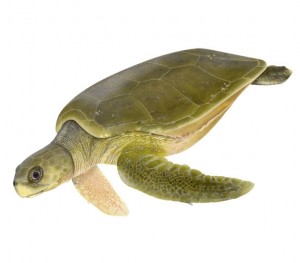 Range: Found only around Australia

Fun Fact: Named for the flatness of their shell.