Just as breakfast was being prepared for our patients, the stranding phone began to ring and staff learned of a turtle in trouble just off of Conch Key. A resident named Julie saw a Loggerhead floating and struggling just off of her dock. While rehabber Matt hit the road, Julie launched her kayak so that she could keep an eye on the turtle’s whereabouts. When Matt arrived, Julie and the turtle had drifted a few homes down the canal so he ran down to meet up with them. While heading there, a jogger named Katrina offered her help and jumped aboard the rescue team. 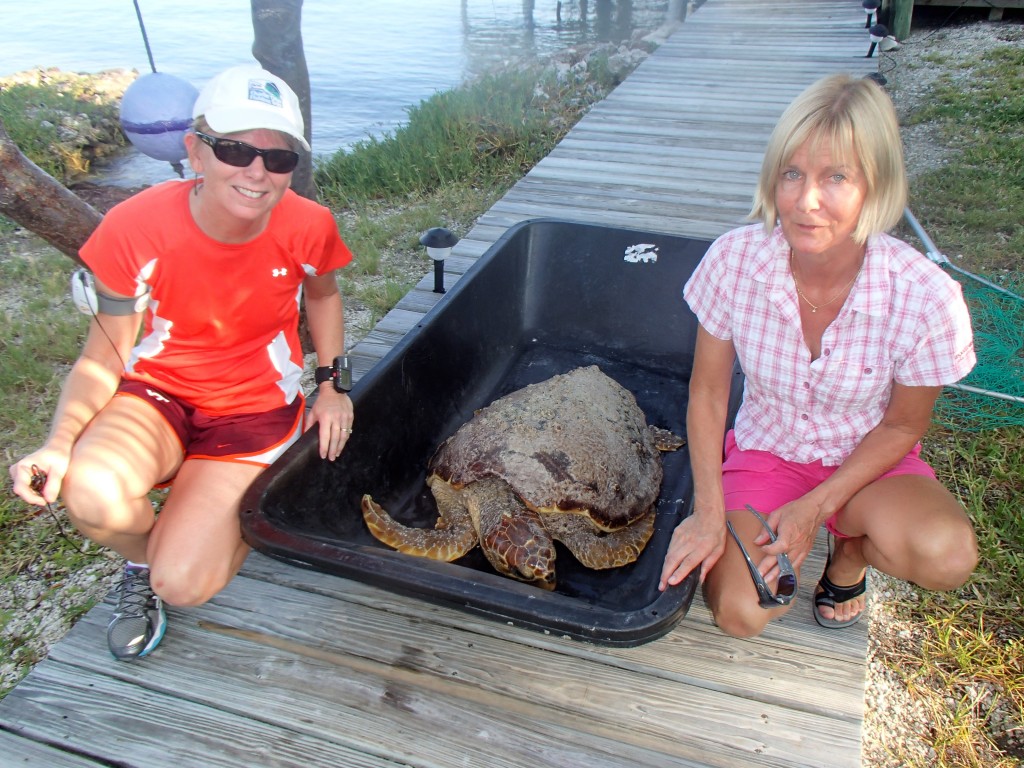 Julie cornered the turtle against the rocky shore in her kayak while Matt jumped in the water and was able to catch the turtle in a big net. Katrina and the home owners then helped to load the 80lb. Loggerhead onto the dock and into the ambulance. Julie decided to name the turtle ‘Gizmo’ because his big eyes and skinniness reminded her of the movie Gremlins. 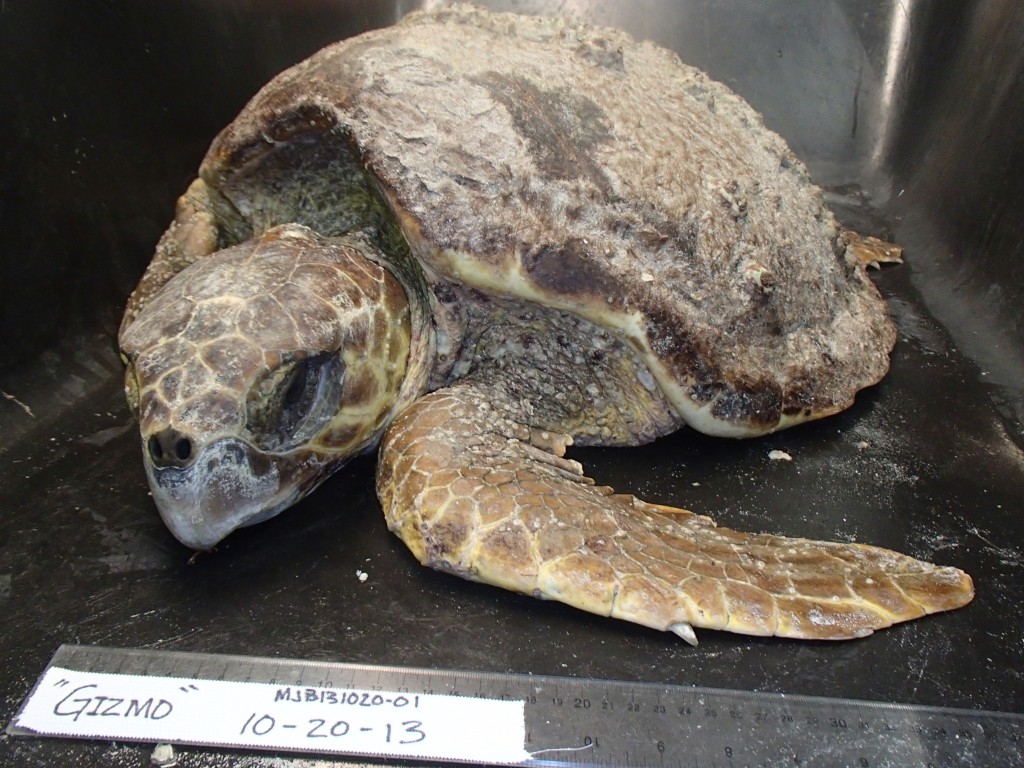 Gizmo was given antibiotics and plenty of fluids. From the amount of growth on his shell and poor body condition it is likely that the turtle had been floating at the surface for a while without food. From an x-ray, it appears he has an intestinal impaction but we are yet to know what that contains. Gizmo has already started to eat some squid and we were able to sneak things like lactulose and beano inside the food to help in digestion. We hope it will be a quick rehab! Thanks to the rescuers!

Gizmo gets cleaned up: 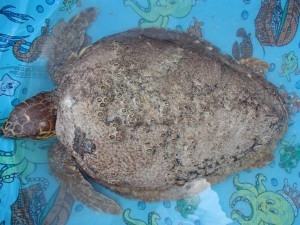 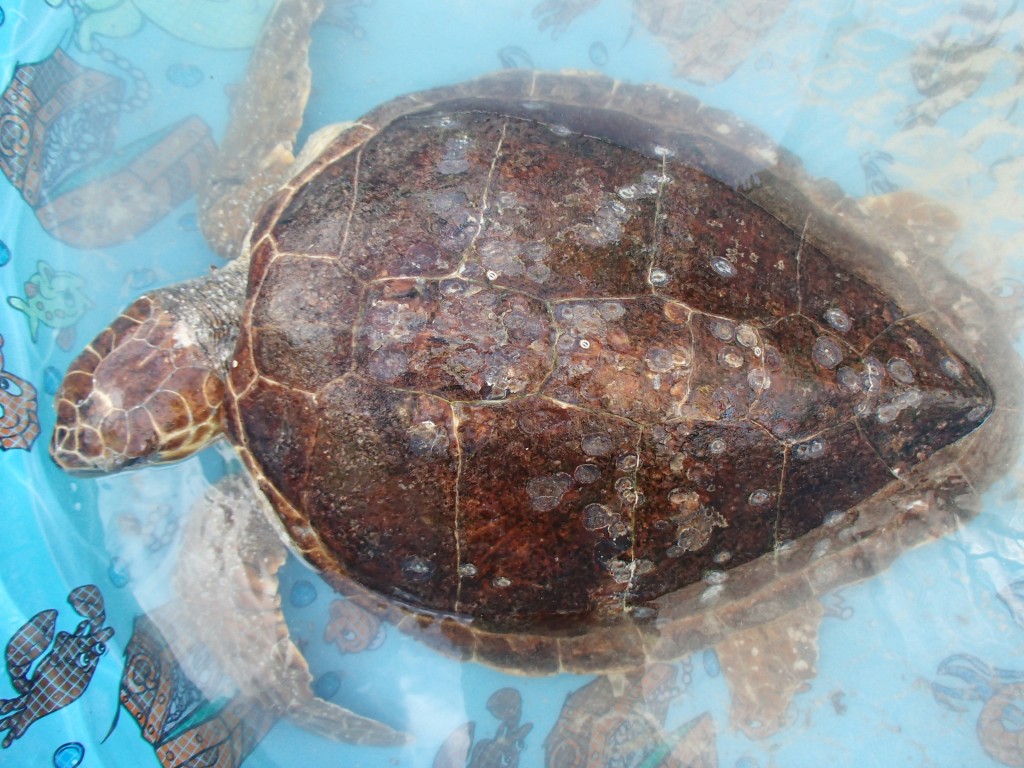 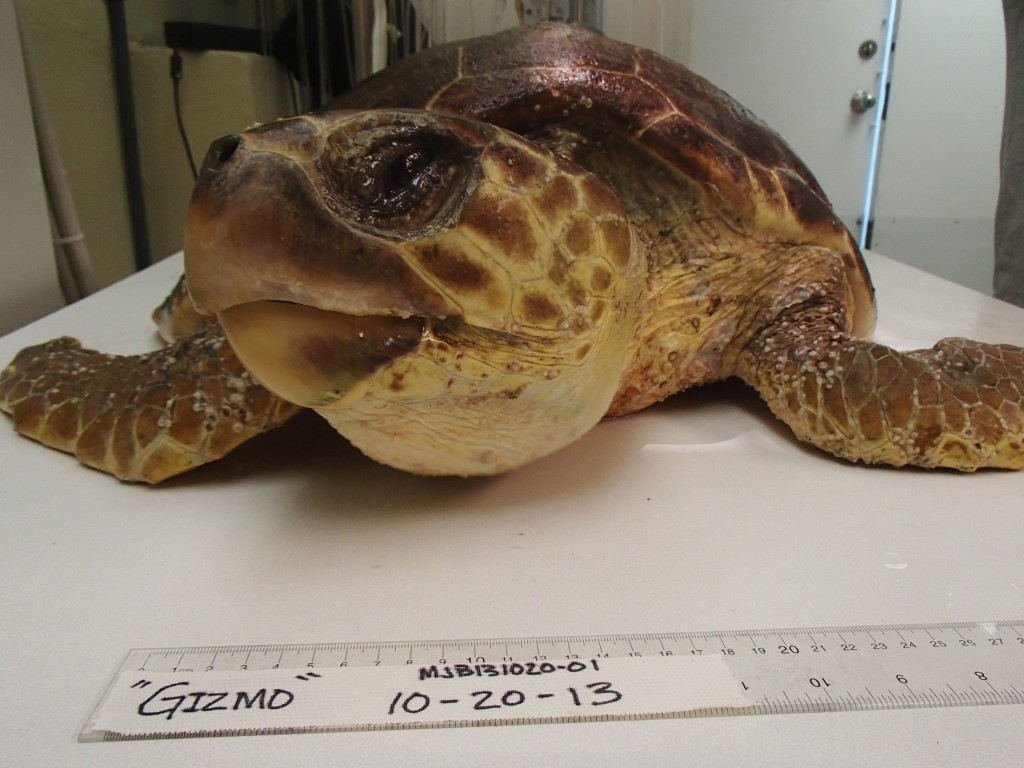