Javier, Jasmin, Jenny, and Olvidio regularly fish in the Florida Keys, but they’ve never had a day quite like yesterday! At around 5 p.m. Turtle Hospital rehabber Matt Brochhausen received a call from Jenny calling about a large turtle that Javier had accidentally hooked while fishing from a bridge in Islamorada. From all the way up on the bridge, it was impossible to safely remove the hook or to tell if the hook was swallowed. 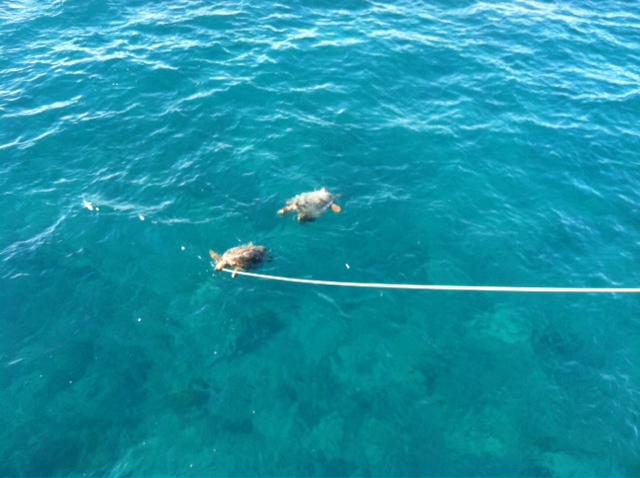 Hooked turtle “Sandy” and a turtle friend pictured from the bridge.

In an amazing feat, Javier was able to slowly drag the turtle to land and prop him on a few rocks until Matt arrived in the ambulance. The feisty turtle had no problem opening his mouth in order for a bite block to be fixed. By looking in the mouth, Matt could see the hook imbedded in the throat, Sandy would need a trip to the hospital for safe removal. 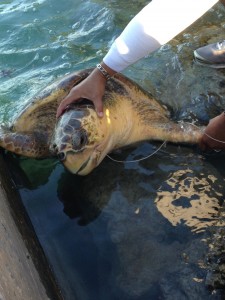 On a rocky shore, “Sandy” proved he wasn’t going down without a fight and gave the two guys a run for their money. Matt and Javier worked hard against the current to wrangle the 150lb. Loggerhead. Giving it all they had, Matt and Javier were finally able to get Sandy over the edge and into his rescue tub. Upon asking what the new patient should be named, the young girl in the family, Jasmin, said that she had picked out “Sandy”. Instead of just cutting the line and continuing fishing, this family spent a lot of time and energy to make sure that the turtle would be cared for, we are very appreciative of that. 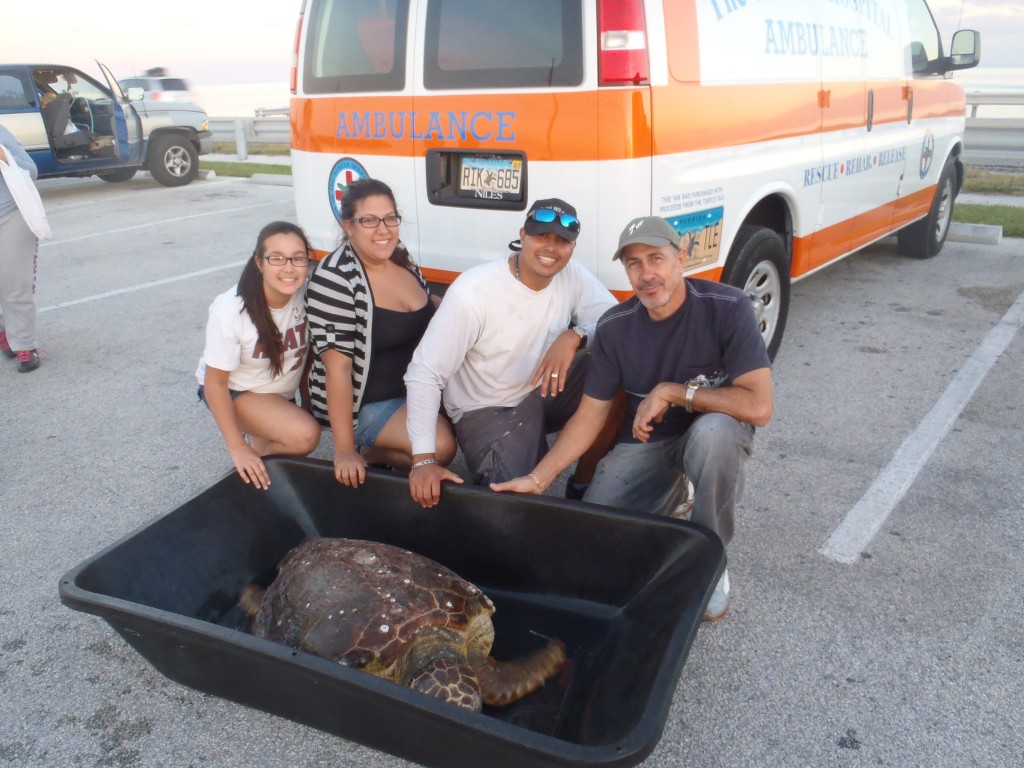 From left to right, Jasmin, Jenny, Javier, Olvidio, and of course Sandy. 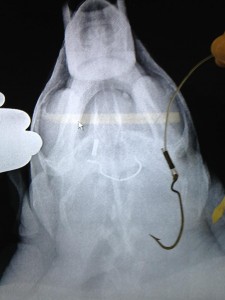 Dr. Mader arrived to the hospital immediately and was able to successfully remove the hook and provide medical treatment.

Sandy is in excellent condition and we plan for release this Saturday off Anne’s Beach in Islamorada! If you are in town, be sure to come down to see this turtle swim back out to sea!