A bit of “relief” for Hilary our Loggerhead

At the beginning of April, a subadult Loggerhead named Hilary was rescued at John Pennekamp Coral Reef State Park in Key Largo.  She was found floating on the surface extremely lethargic and slightly emaciated.  When she was stable enough to be put into a tank, she revealed to staff the main reason she was stranded.  Her posterior end was sticking straight up into the air and she was unable to dive below the surface.  Most likely due to an impaction, Hilary had gas built up inside her intestines which restricted her from diving under the water.  She was then put on Beano to help relieve this gas and get rid of that impaction. 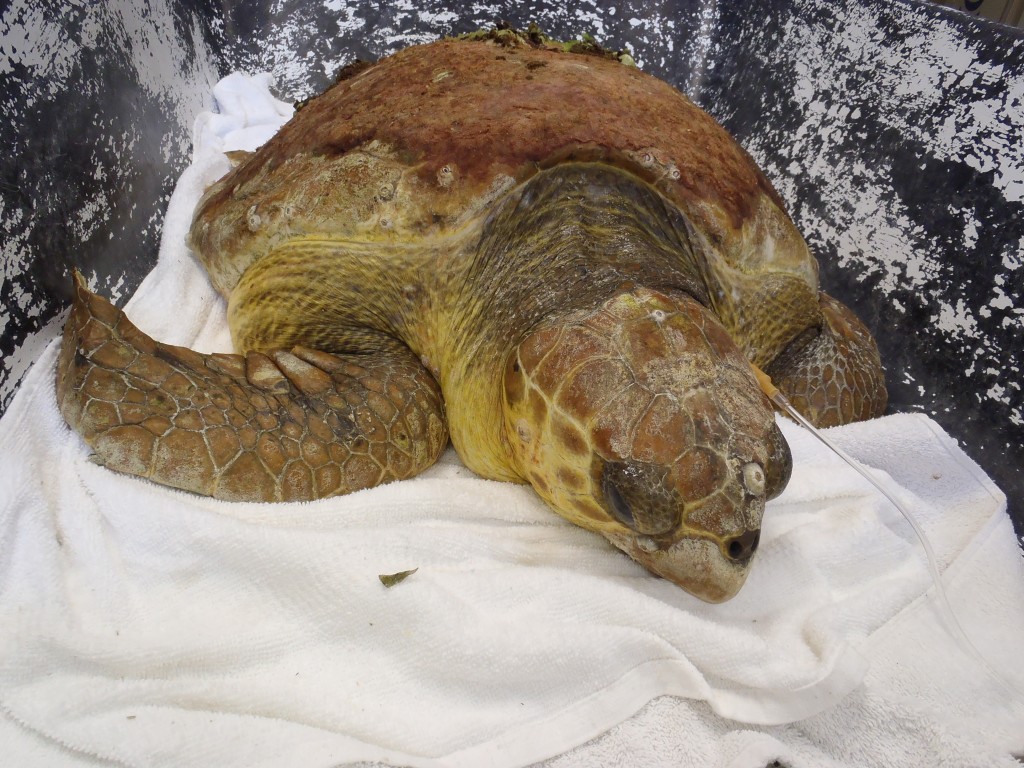 About a week ago, rehab staff noticed Hilary making major improvements.  They noticed her butt was slowing sinking below the surface and she also began to pass some sea grass that she had eaten.  Unlike Green sea turtles, Loggerheads do not usually eat sea grass so it remains a mystery to why Hilary ingested it.  Her activity levels had also increased and in a month’s time that she was here, she had gained 10 lbs from her diet of squid, shrimp, and capelin that she was receiving twice a day.  An amount that was about 2 % of her body weight.  Today, Hilary continues to rest her whole body on the bottom of her tank and her blood work is looking good enough to hopefully get her released back into the wild in the next couple of weeks.  Stay tuned for updates on Hilary’s potential release! 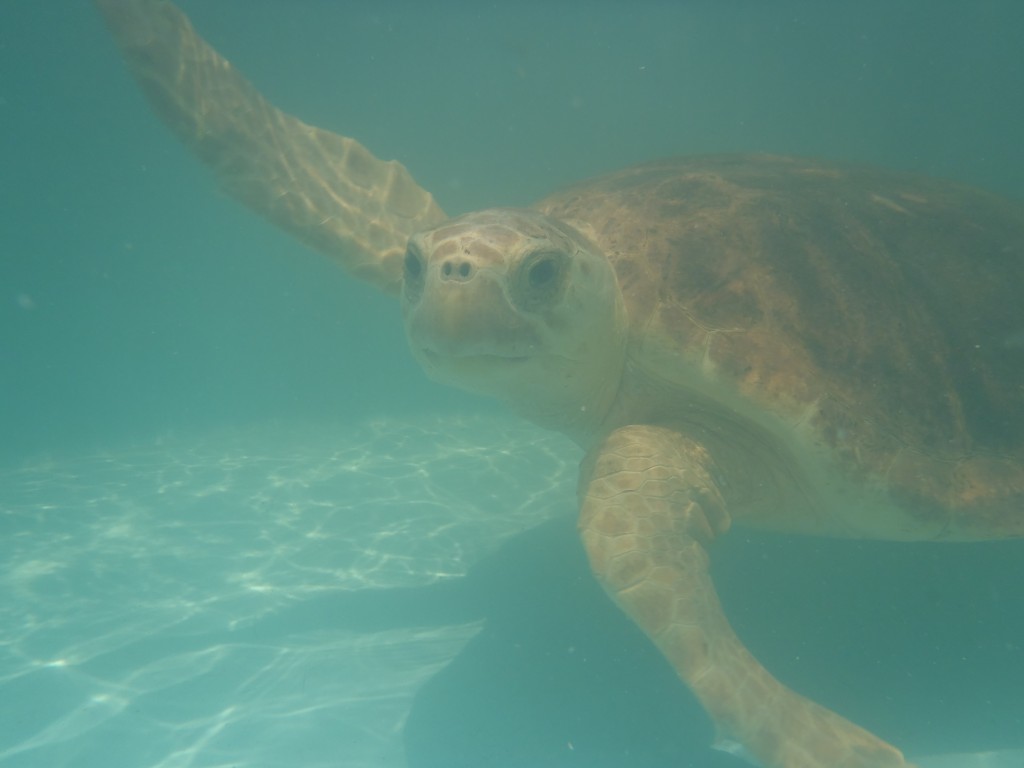 Hilary swimming level along the bottom of her tank