Home  » Current Patients Blog » Rescues » A Turtle a Day Keeps the Boredom Away!

A Turtle a Day Keeps the Boredom Away!

This week has been an extremely busy one for us here at the hospital.  We received rescues everyday for four days in a row! The first rescue was of a loggerhead named ‘Taco’ on May 5th.  Taco’s story is in the blog below and was a very exciting rescue!  The very next day we received a call about a green sea turtle floating in Bahia Honda State Park.  When we arrived we found the green very lethargic, covered in barnacles and fibropapilloma tumors.  The rescuers decided to name this turtle ‘Stinger’.  Along with the FP tumors Stinger has a wound on her shell that suggests a predator bite or some type of trauma.  Stinger is still very weak and currently lays under a sprinkler at night to ensure she does not expend too much energy while trying to breath.  Stinger is also being tube fed everyday until she is strong enough to eat on her own. 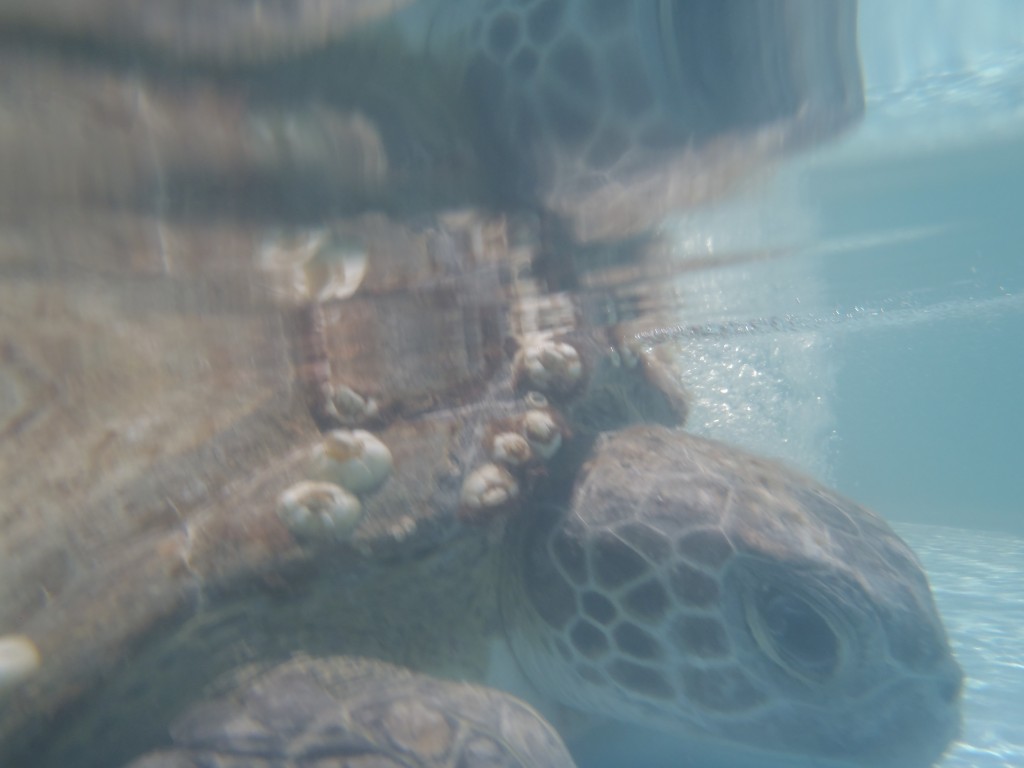 Stinger resting in the her tank

After Stinger’s arrival we only had a few hours before the phone was ringing again with a call about a floating turtle near the Dolphin Research Center.  The next turtle we received was ‘Charley’, a 5 lbs. loggerhead extremely rare in these waters.  Loggerheads Charley’s size are not typical in this area and are usually floating in currents for the first couple years of their life feeding on the sargassum, they then return back to our waters as sub adults.  Since Charley’s arrival we have found out that he was first in Columbia as a hatchling.  Charley was kept by a university for about 11 months as part of the head start program and then tagged and released.  X-rays showed this small loggerhead has eaten some trash and has since started to pass that plastic. 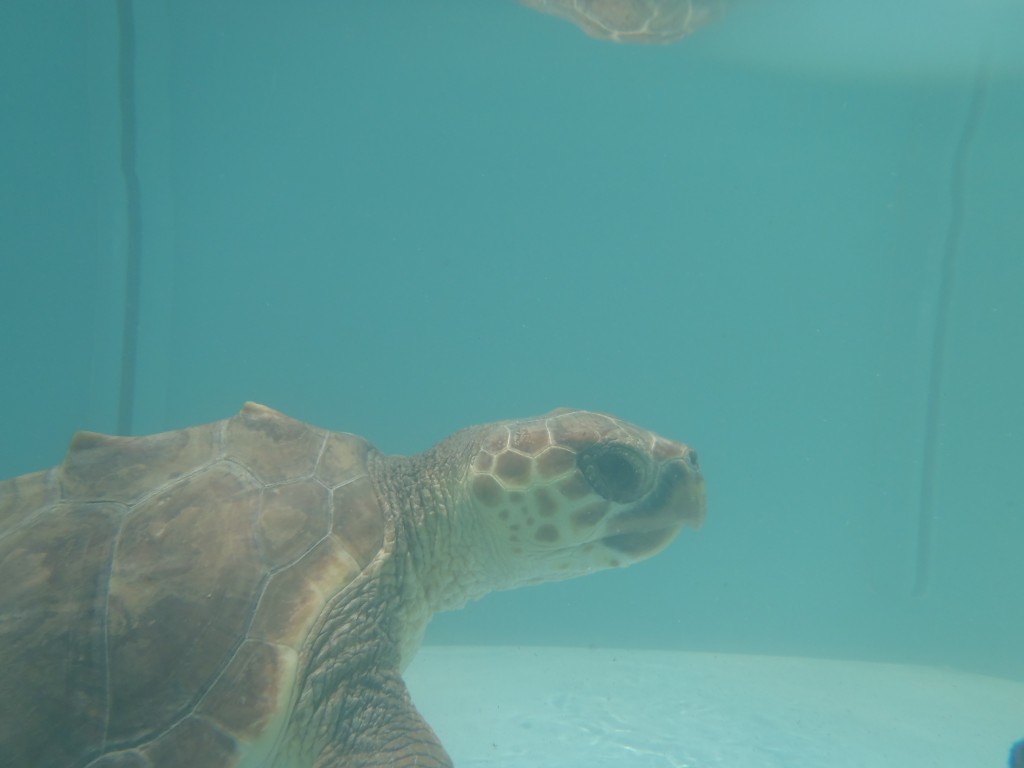 Little loggerhead Charley in his tank

The last rescue of the four day streak came to us from Geiger Key Marina.  This 23 lbs. green sea turtle was seen near Geiger Key Marina floating and lethargic with a heavy tumor load including tumors on both eyes.  Edward, who works at the kayak outfitters at the marina reported the turtle and waited with her for a couple hours while we made the drive down.  When we arrived the green was very lethargic but had a strong heart rate.  She was loaded into the van and made the trip back to Marathon.  After further inspection the turtle not only had FP tumors stealing blood but also thousands of saltwater leeches.  After X-rays and blood work ‘Lonely George’ went into a freshwater bath to kill all her unwanted guests.  Lonely George is now leech free and in a tank.  The turtle is occasionally eating squid and receiving fluids to insure she stays hydrated.  Lonely George has quite a few tumors so she has a few surgeries ahead of her. 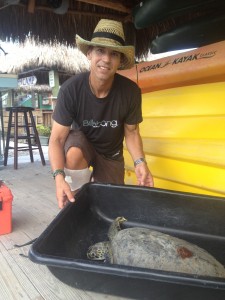 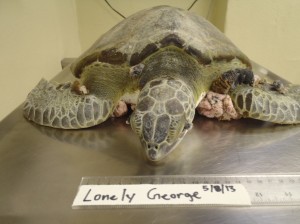