A Year in Review….so far!

With the new year quickly approaching, some of you might be wondering how our numbers are comparing to previous years.  With two months to go, we have already surpassed last year’s numbers of patients both admitted and released.  This year to date, we have admitted exactly 60 turtles.  Of the 60, 39 were Greens, 17 were Loggerheads, 3 were Hawksbills (all post hatchlings), and one was a Kemp’s Ridley (you may remember ‘Spider’).  As many of you already know, those nasty tumors (Fibropapilloma) affect more than half of the Green sea turtle population in and around the Florida Keys. These tumors are of course the leading cause of why turtles end up at the Turtle Hospital. This is especially true as we are one of only three centers in Florida that treat the disease.  The leading case for our Loggerhead sea turtles are impactions, which cause these big guys to float on the surface due to upset stomachs from eating sponge or foreign matter.  We have also had three fish hook ingestions, eleven line entanglements, and seven boat strike cases this year.  For anyone out on the water, please remember to use caution and dispose of your fishing gear properly.

We also received over 100 loggerhead hatchlings from people just like you and the volunteer run nesting organization here in the Keys called Save A Turtle.  These hatchlings had been found unable to crawl out of the nest, were dropped by birds in storm drains, or had crawled into mangrove roots away from the sea due to beach front lighting.  We were able to release about 75% of them back out into the Gulf Stream, 20-30 miles offshore, where we hope they will lead long and healthy lives.

Ending on a happy note, we have already released 24 turtles this year! Also exciting was that two of our permanent residents were transferred to other facilities across the country to spread sea turtle awareness far and wide.  This year we were also fortunate enough to purchase a new x-ray machine, a class IV laser (to aid in the treatment of our line entanglement cases among many other cases), and an additional ambulance to help spread our educational programs throughout Monroe county school district here in the Florida Keys.

All of this was possible because of your donations and the unconditional support you continue to show The Turtle Hospital and our four flippered friends.    Thank you, thank you, thank you, to each and every one of you and again we could not do any of the work we do without your support!!!!   Continue to keep up the good work and keep spreading the turtle love! 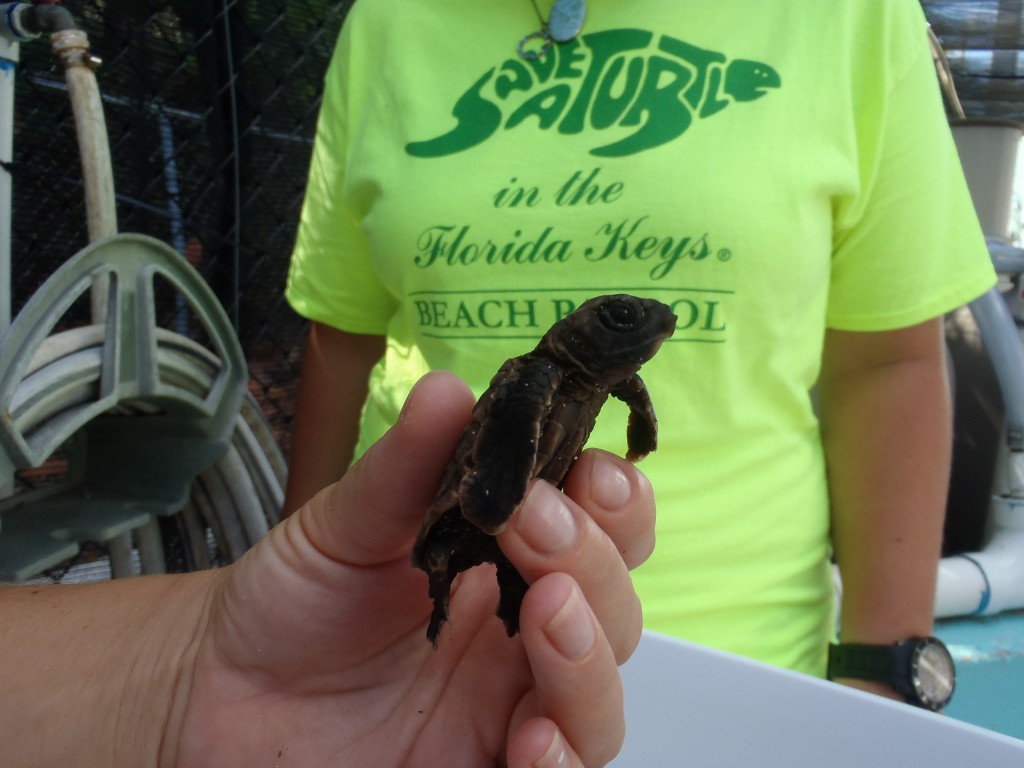