Just as staff was beginning to lock up for the day on Mother’s Day we received another call for a turtle in need. FWC alerted us of a situation about a quarter mile off of Big Pine Key where a man named Burt had spotted a floating Loggerhead. FWC officer Steve Golden headed out in his boat and was able to quickly meet up with Burt and the distressed turtle. The two were able to load the 100lb turtle aboard the FWC vessel and Steve volunteered to deliver the turtle directly to the Turtle Hospital dock! 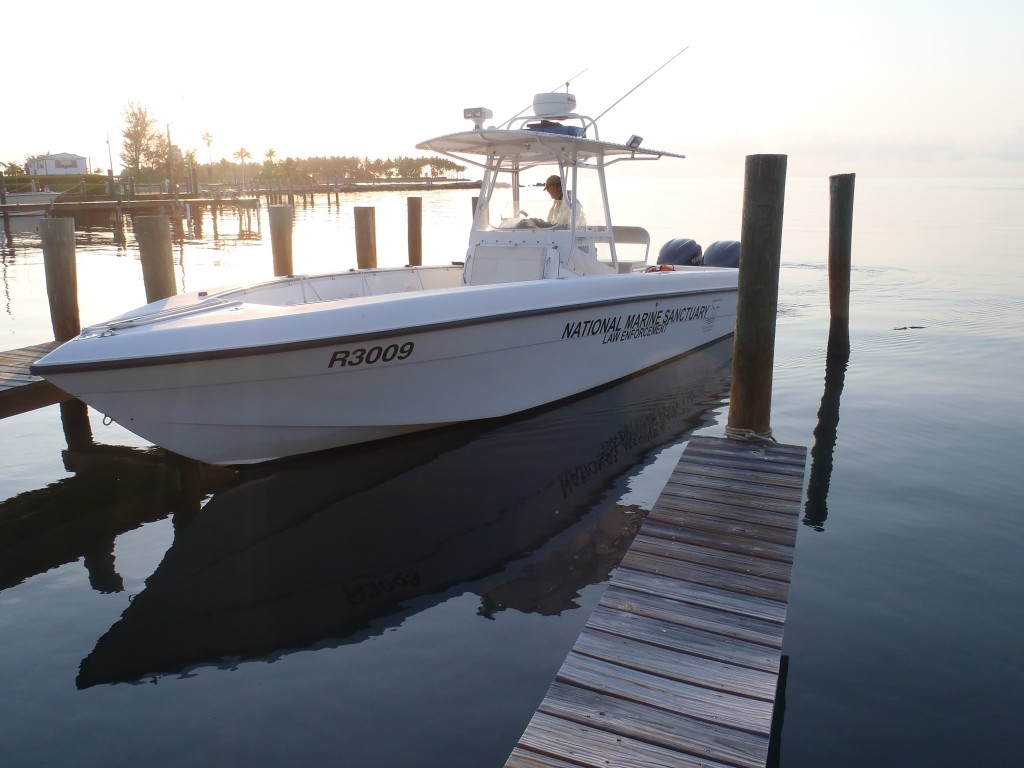 Burt and his daughter decided to name the turtle ‘Chelsea’, since turtles are of the Family ‘Cheloniidae’ and this turtle was found in the ‘sea’. Poor Chelsea had been floating and lethargic for weeks. Her head has been rubbed down to the bone, likely from rubbing on her shell as she breathed while floating at the surface. Her carapace was also matted in a thick coat of algae, almost looking like she had fur! 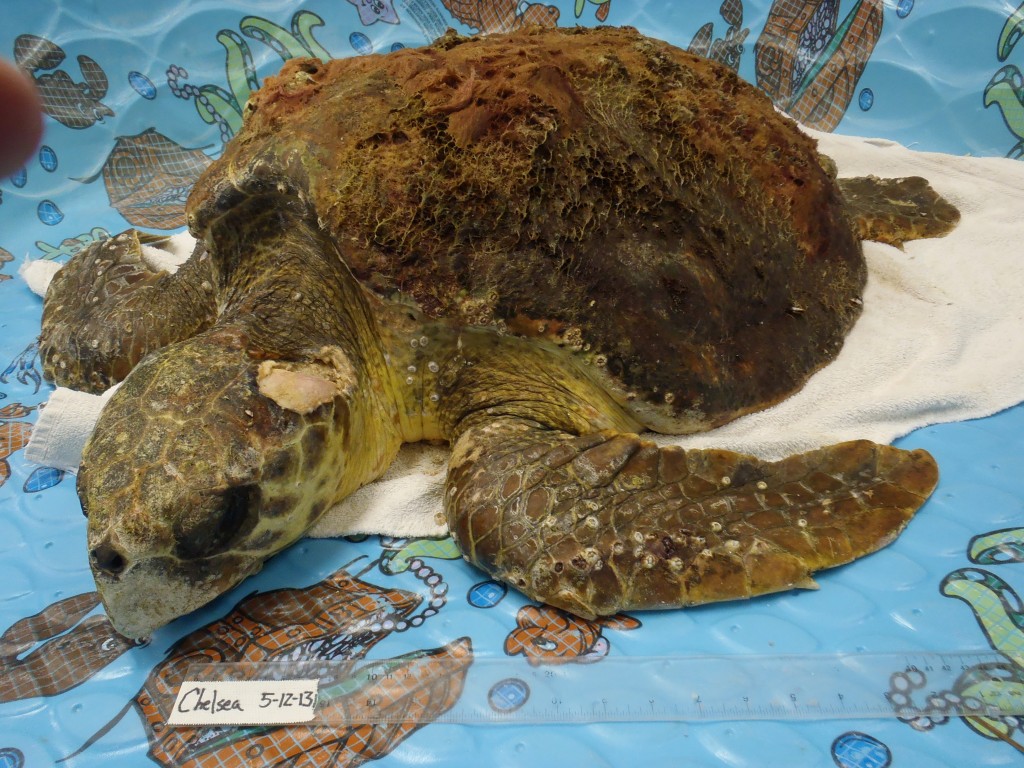 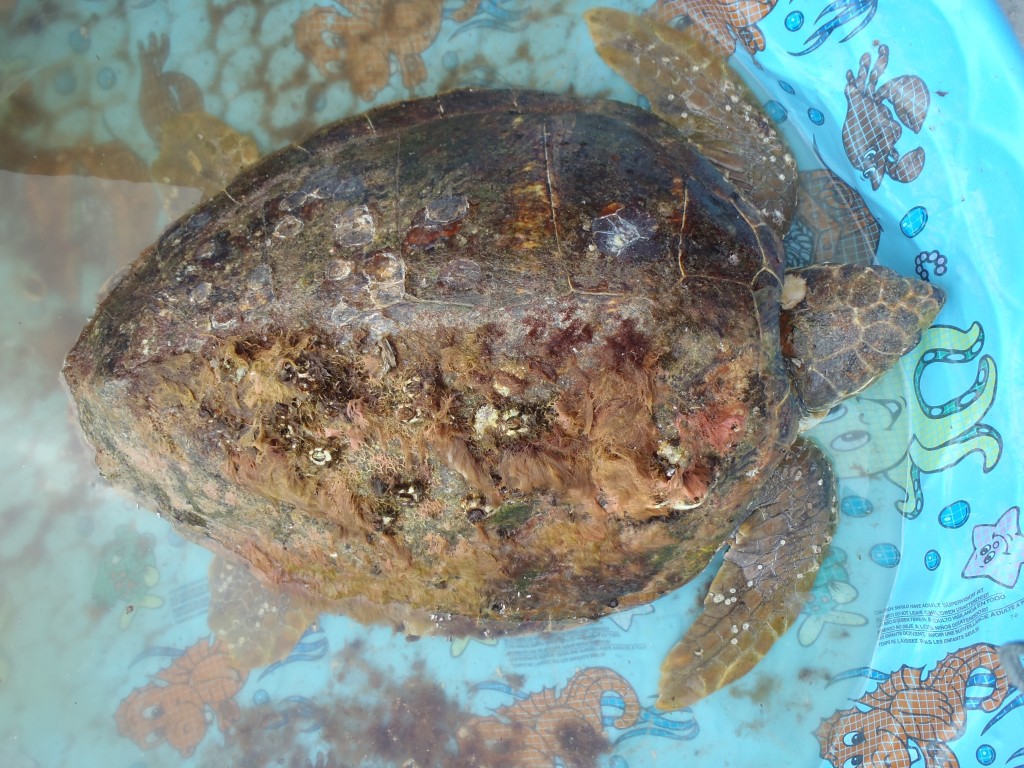 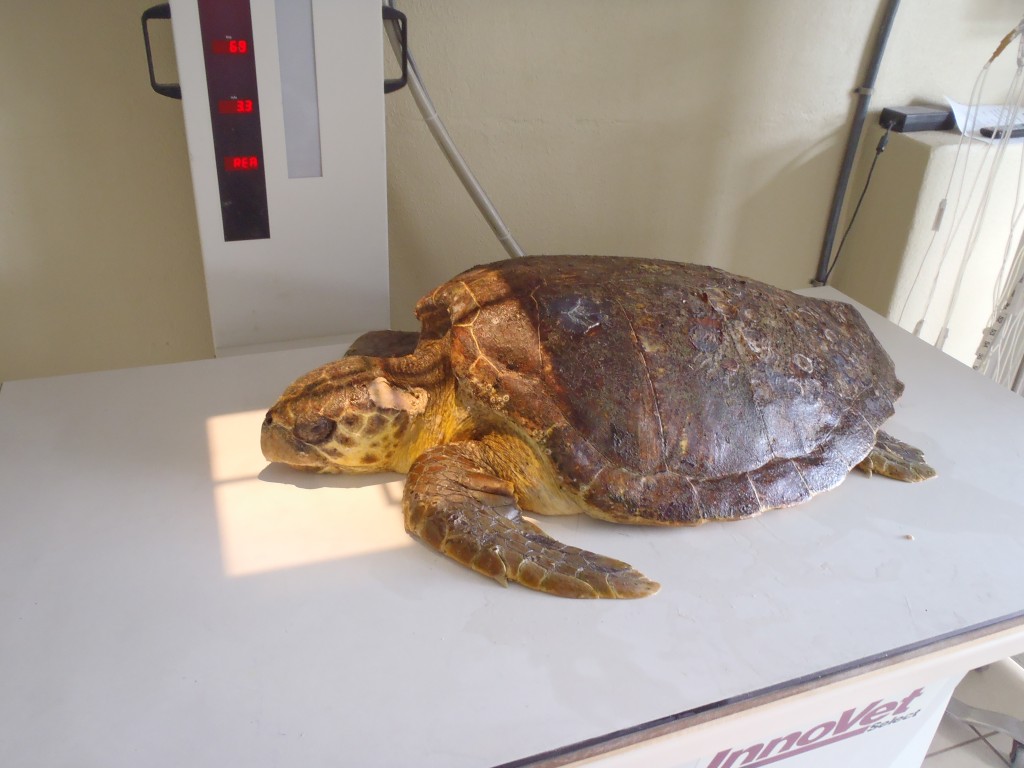 When a blood sample was tested, we could not believe that this turtle was still alive, yet she was actually flapping around in her kiddie pool. A test of her packed cell volume, or proportion of her blood that is red blood cells, came back as 1! A healthy turtle would be between 20-30, so we immediately began iron injections and antibiotics. We were also able to get Chelsea cleaned up, have x-rays, and moved to a hospital tank where she began to eat right away!

This turtle is a great example for why reptiles are so amazing and the extremes that they are able to survive in the wild. Chelsea held on for a long time but likely wouldn’t have made it if it wasn’t for Burt’s rescue, a big thanks to Burt and Steve for bringing in this turtle! 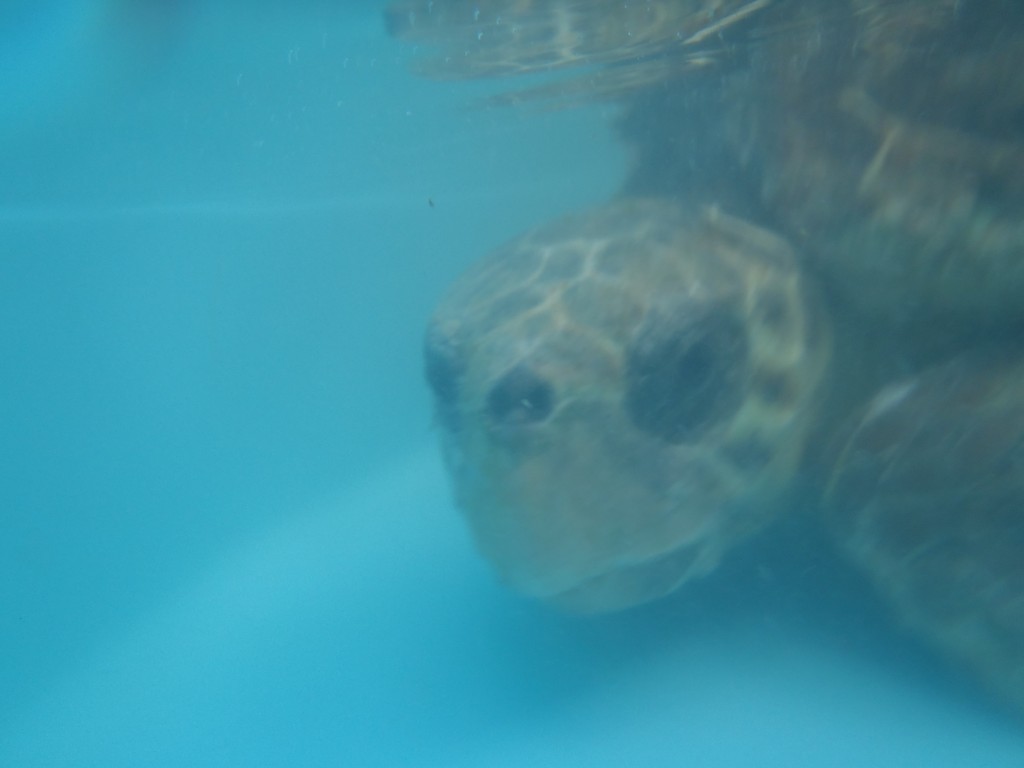