Home  » Current Patients Blog » Daisy Snaps Out of Her Daze

Daisy Snaps Out of Her Daze

A beautiful juvenile green turtle, nicknamed ‘Daisy’, was rescued in early September of 2012. The turtle was found floating, lethargic, and having small tremors. Her body was very 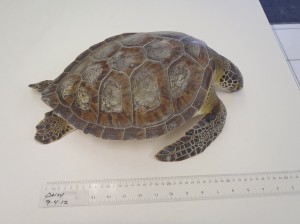 stiff and she couldn’t even lift her head to breathe when staff members tried to put her in shallow water. A small lesion was spotted inside her mouth and staff wondered if she had possibly eaten something toxic. For several weeks, Daisy spent her time underneath a shower sprinkler to keep moist, was tube fed, and received different types of antibiotics. 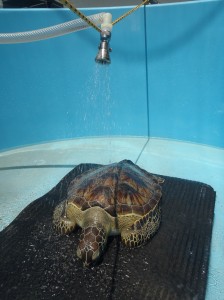 Eventually she was able to breathe in shallow water and began to eat on her own, but her floating and inactivity did not change. Stumped, staff decided to complete an endoscopy to see if anything internally was compromised. Everything looked healthy internally so she then went to Fisherman’s Hospital (usually for humans) to get an MRI! We were very thankful to have that service donated by the hospital for Daisy. 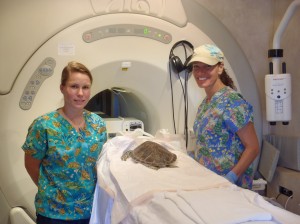 We learned that she was suffering from hydrocephalus (a build up of cerebralspinal fluid in the cavities of the brain). The 10-lb turtle had a spinal tap and new types of medicine to help with this problem.

Her behavior improved and she was able to dive, but still tended to float. In the past week, staff decided to try Daisy in a section of our main pool with other small greens for stimulation. Right away, Daisy sunk down to the bottom and began to act more normal than we have ever seen before! She now rests on the bottom and is often swimming around with other juvenile greens. We hope Daisy continues to improve so that we can get this beautiful green back out in the ocean! 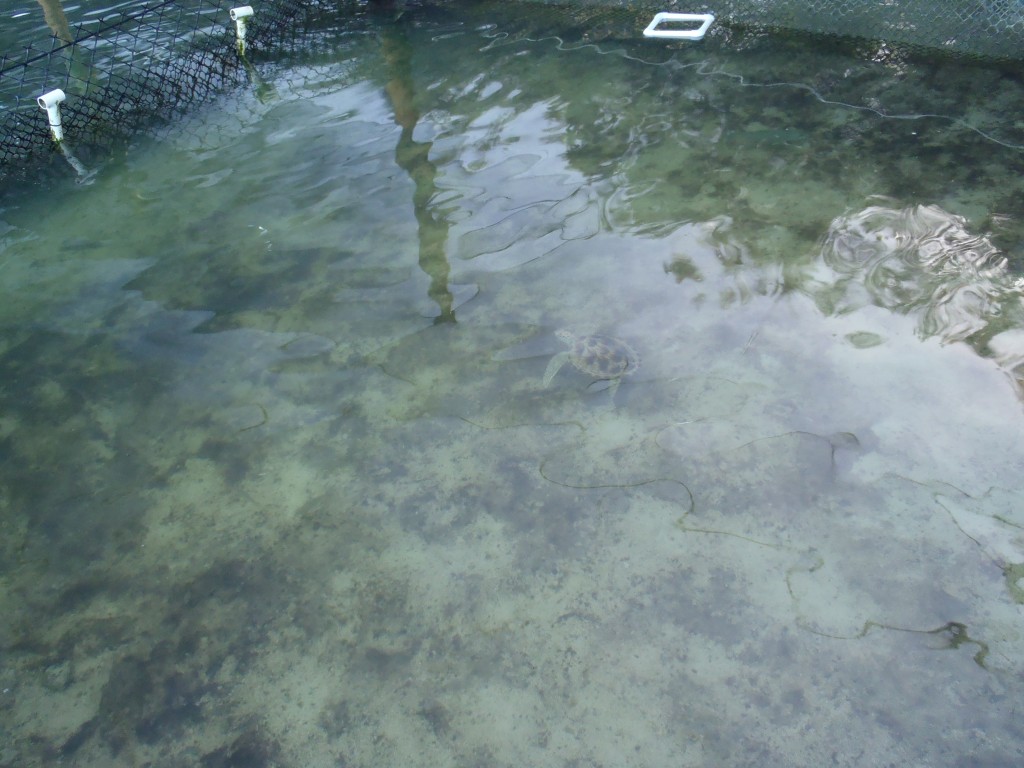