Dorothy Pays a Visit to Dorothy!

At 90 years old, a woman named Dorothy is one of our most amazing turtle rescuers to date. Dorothy was with friends and family on July 9, 2014 doing some fishing out of Marathon when they happened to stumble on a Loggerhead turtle. After watching the turtle for a bit, they started to realize something was wrong as the turtle was trying to dive underwater but couldn’t. The turtle was moving very slow and had lots of growth all over it’s shell. The group then made a call to The Turtle Hospital and was permitted to help rescue the turtle by bringing it back to shore where Turtle Hospital staff could pick it up in the ambulance. The group later named the turtle “Dorothy”. 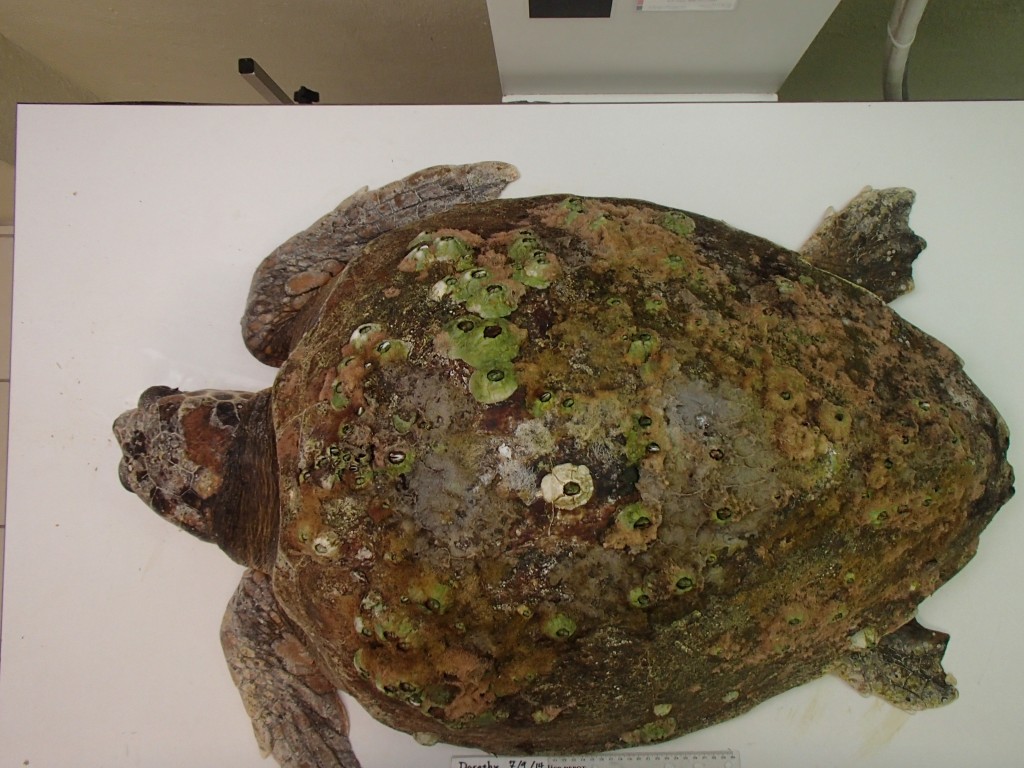 Dorothy arrives at The Turtle Hospital and is lined up for x-rays.

After nearly a month, Dorothy (the turtle) is all cleaned up and making great improvements. She has become much more active and her blood  chemistry is slowly returning to normal levels. She had an infection that is being treated with antibiotics and intestinal gas that is being treated with Beano! Dorothy is still unable to dive, but we hope to see that change within the month of August! We were so happy to have the rescuers visit Dorothy on August 1, 2014! To see our other patients, check out the “Meet Our Turtles” tab above. 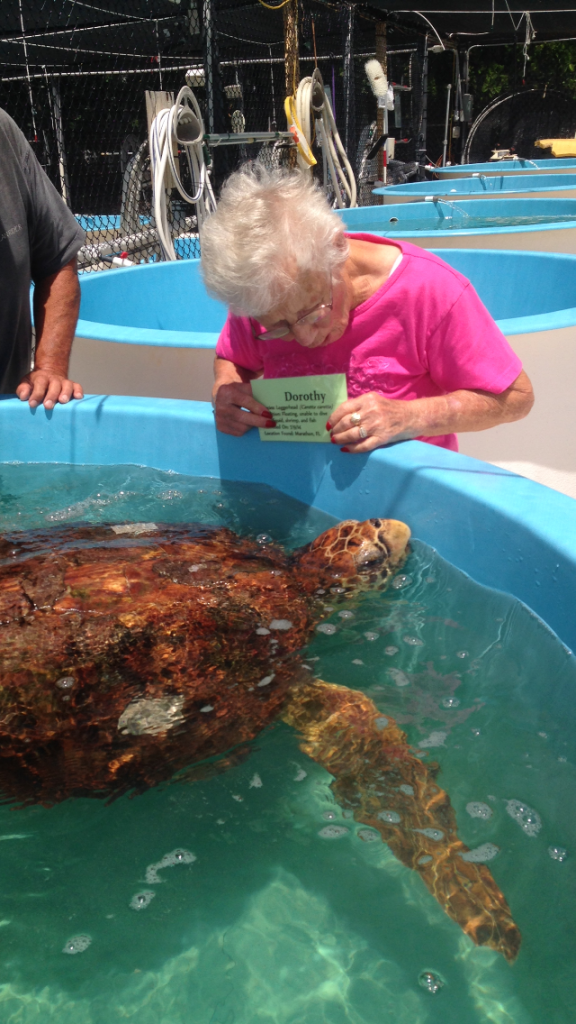