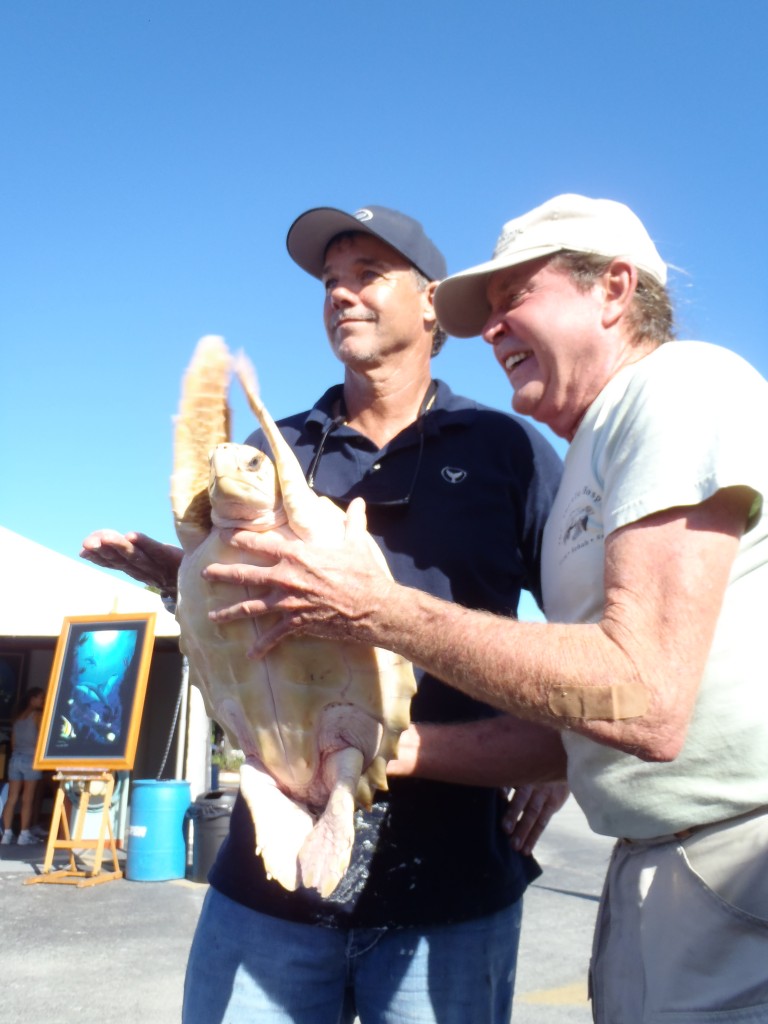 Fisher meets up with Wyland during his trip through the Keys to restore wall murals, with our founder Richie Moretti also there to promote conservation.

Renowned artist, muralist and activist of marine life Wyland made his way through the Florida Keys last week to restore iconic murals in Key Largo, Marathon and Key West.  As usual, The Turtle Hospital didn’t miss an opportunity to educate the public on endangered sea turtles, and our educational loggerhead “Fisher” made appearances to engage kids and adults in sea turtle awareness. 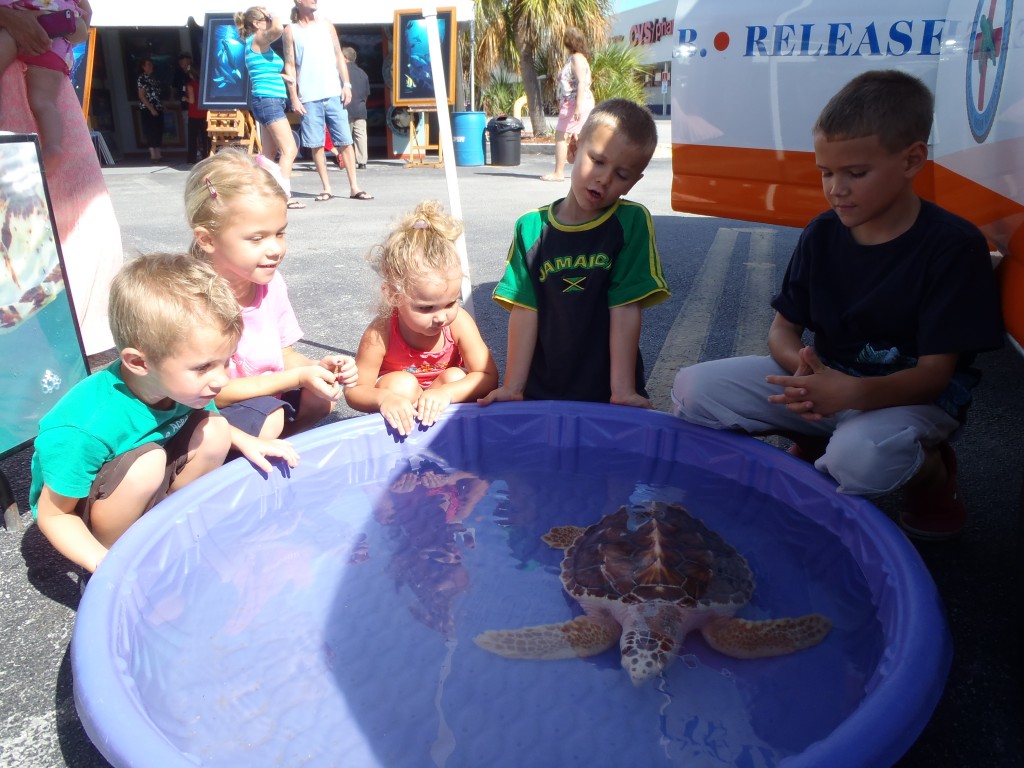 With never a dull moment, Fisher was a hit with the kids–and adults, too! Fisher’s travels to community events allow kids to see an endangered animal and understand the importance of sea turtles in the marine ecosystem. 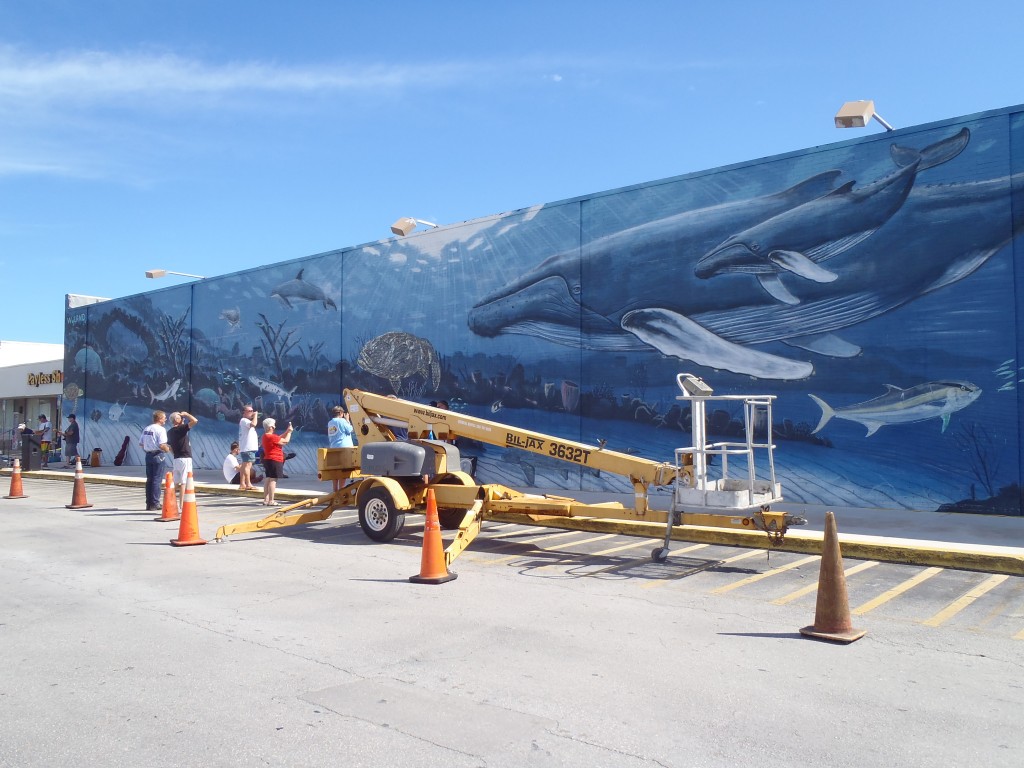 Wyland’s Marathon mural can be seen along the front brick wall of K-Mart. The mural is a detailed underwater scene with various ocean-dwelling creatures.

Turtle Hospital founder Richie Moretti has known Wyland for years, as the artist has some domestic roots here in the Keys.  Mandy Rodriguez, executive president of the Dolphin Research Center, also teamed up with Moretti and Wyland at the Marathon mural restoration.  They delivered a passionate dedication of the touched-up mural to the mayor and Keys residents. 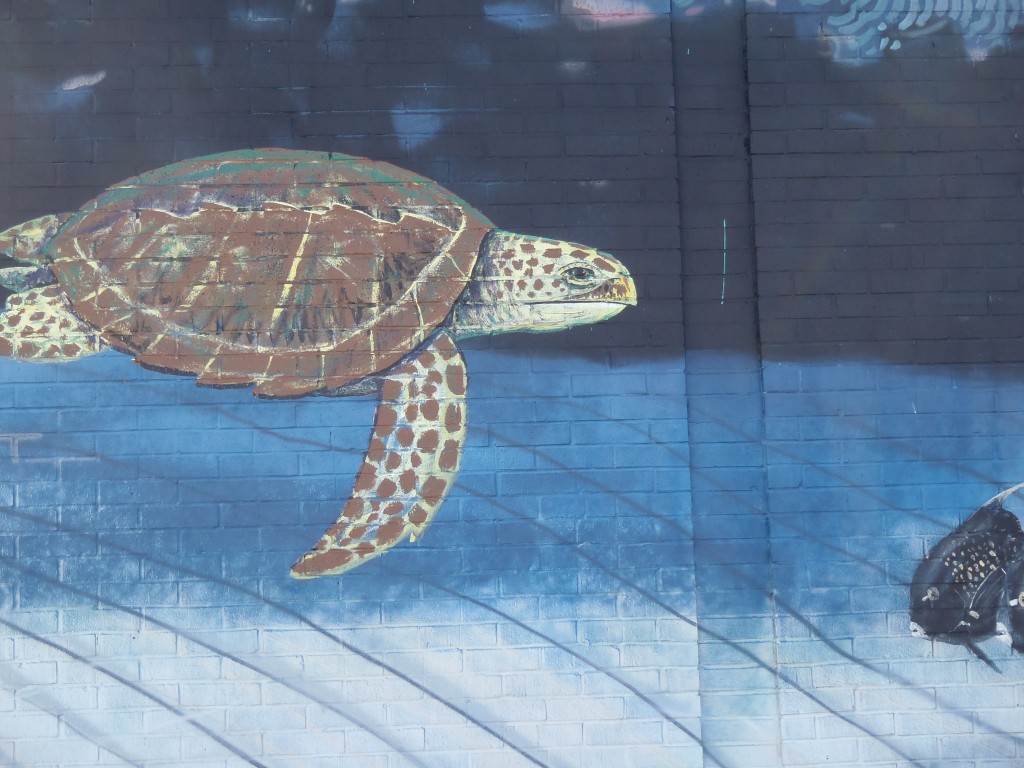 After noticing how enamored the kids were with Fisher, Wyland found the inspiration to add a loggerhead sea turtle to the Marathon mural. A quick sketch of Fisher and he was off to the wall to do some fast yet beautiful work!

Running along the front brick wall of the Marathon K-Mart, the painting is now complete with the addition of a loggerhead, inspired by none other than Fisher.  A loggerhead sea turtle was also added to the Key West mural after Fisher’s trip down south, where the turtle even “helped” cut the ribbon during Sunday’s dedication ceremony.  That mural was completely redone with a new 3-D look! 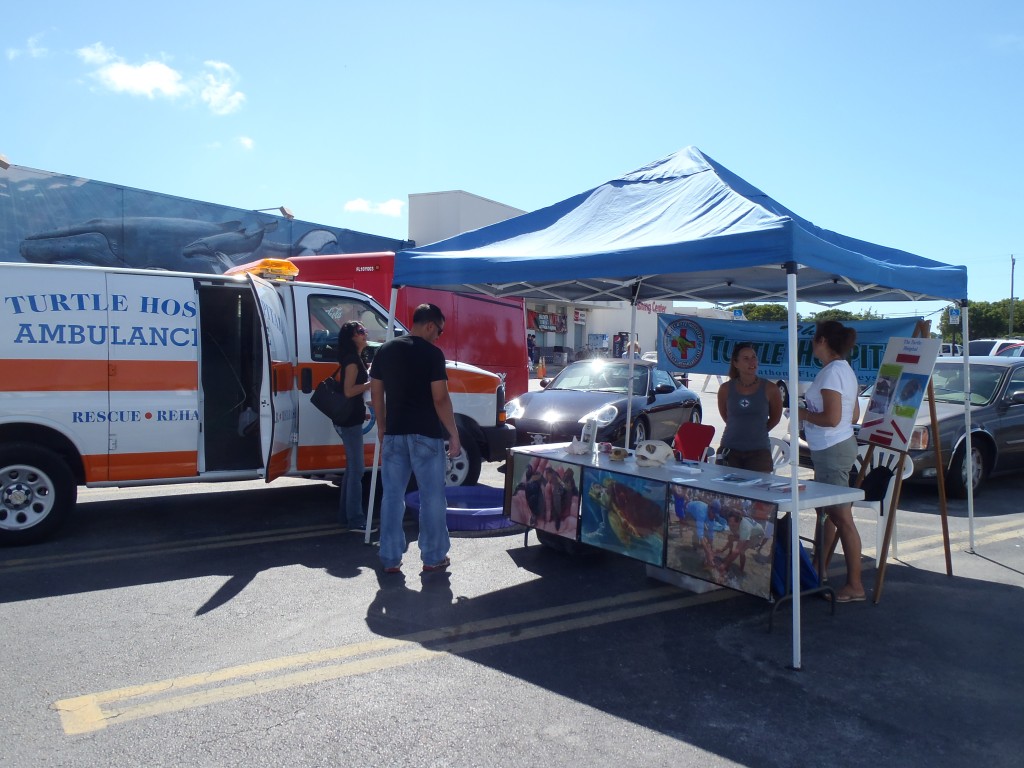 Vistitors to Wyland’s event stopped by to check out what The Turtle Hospital is all about. Like The Turtle Hospital, The Wyland Foundation is also a non-profit conservation organization striving to protect our oceans, both now and for the future. 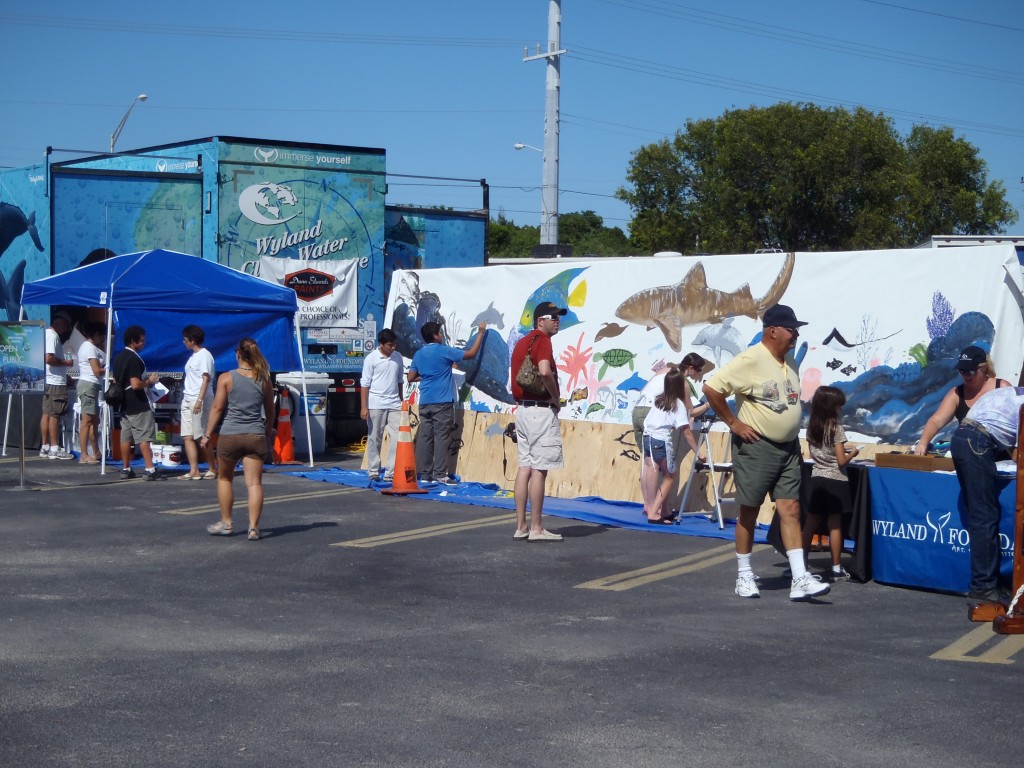 A 100-foot canvas hangs at each mural restoration event, inviting all ages of the public to paint an ocean creature. The canvases are part of The Wyland Foundation’s goal to paint  one mile of marine life to promote conservation.