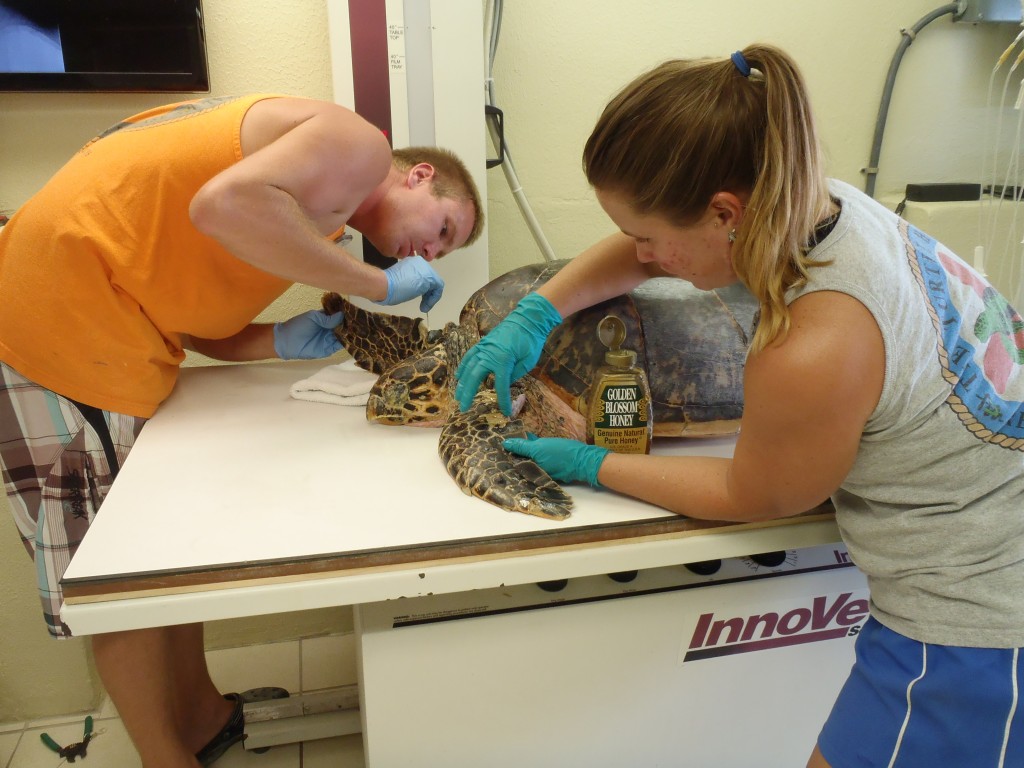 After an x-ray to estimate the number of eggs inside of her, Good Hope received some wound care from members of the Rehab team.

Not too much has changed in Good Hope’s condition since her last update, but she has laid a couple more eggs, bringing the total to 55.  An x-ray on Wednesday also suggested that additional eggs are forming inside of the pregnant hawksbill!

Female sea turtles are able to hold the male’s sperm for several months.  This allows them to lay multiple clutches over the course of a nesting season, as they only have one “receptive” period per season.  Females can also mate with more than one male during this mating session, and studies have shown this can sometimes result in a nest with multiple-paternity (though this varies between species). 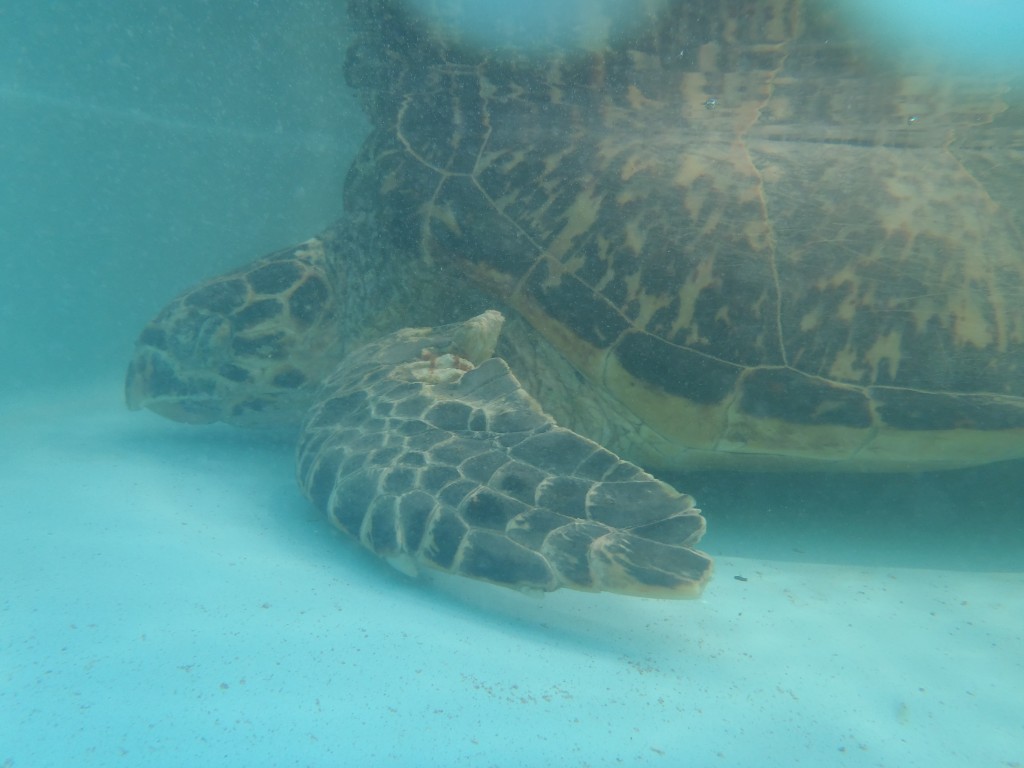 Good Hope enjoys a nap in her Rehab tank. Sea turtles sure do like their naps!

One clutch laid by a hawksbill can have as many as 150 eggs at time!  What is unusual and unnatural about Good Hope’s egg laying process is her refusal to lay an entire clutch at once.  Rather, she continues to lay a few eggs one day, a couple eggs the next, and sometimes none at all.  This turtle is definitely full of surprises and keeps us on our toes!  We are continuing to collect any deposited eggs to incubate them with the hope that they hatch in two months.  But, first and foremost on our minds is Good Hope’s survival!  She is slowly gaining back her sea turtle strength!