Rescuers, Jack and Kellie, spotted a sea turtle in the early afternoon of January 13th in the neighborhood canal and thought nothing of it, turtles are spotted often. After a couple of hours, they noticed the turtle was still hanging out in the canal and was unable to dive down. Covered in biota, such as barnacles, algae and even crabs, the lethargic turtle began to worry them, so they made a call to staff at The Turtle Hospital. 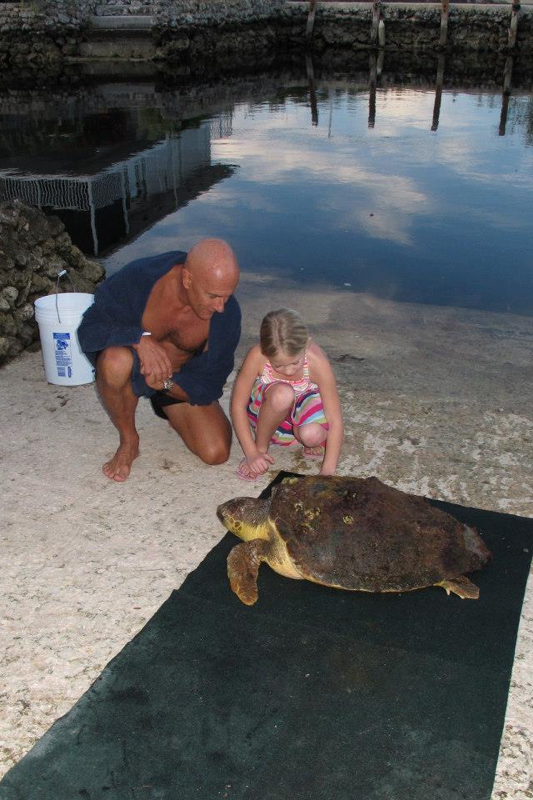 ‘Grace’, an 85lb Loggerhead, was named after the youngest rescuer and was retrieved in the hospital ambulance late Sunday. Staff was worried upon arrival, Grace was limp and was becoming less responsive as time wore on. With such a heavy amount of growth on the shell, it was clear that she had been floating and ill for some time. Rest, medication, and TLC, got Grace to become much more lively and she was able to be placed in a hospital tank. Although still floating, Grace is extremely active and hungry, we hope for a speedy recovery!

A big thanks goes out to Jack, Kellie, Grace, and all others involved in the rescue! Grace, the turtle, was extremely vulnerable to a boat hit and we thank you for preventing that!