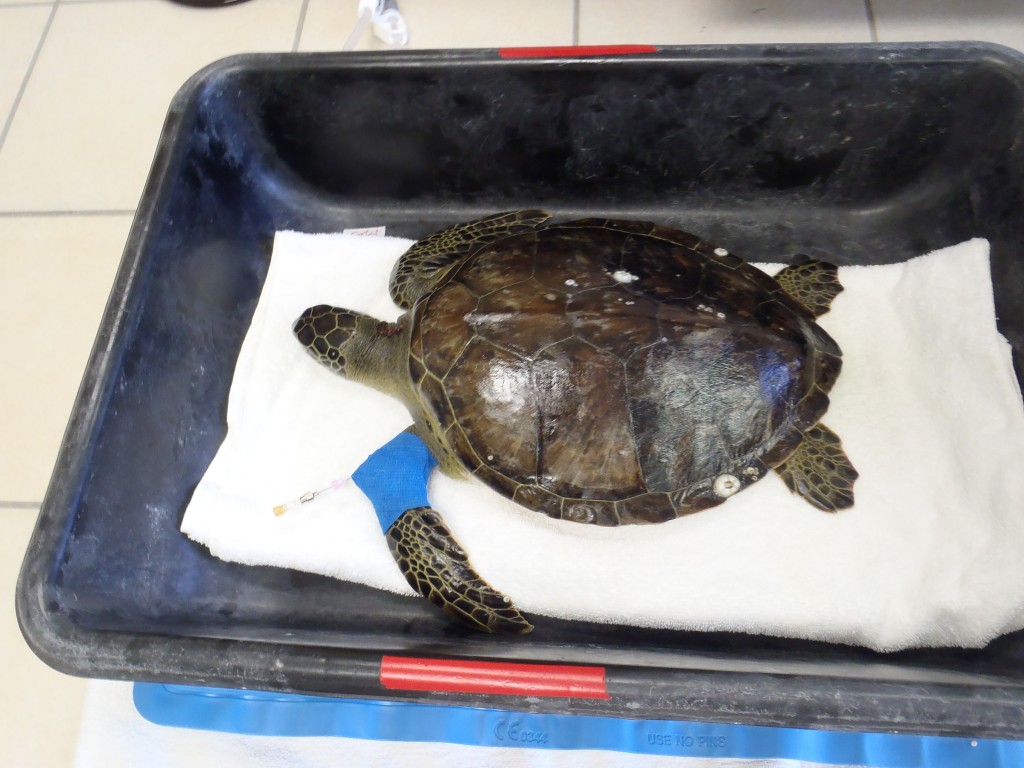 A steady flow of juvenile green turtle patients have been admitted to The Turtle Hospital of late.  Five newbies are currently undergoing care by the Rehab staff.  In addition to the two greens that arrived on Saturday–“Duke” and “Mae”–two greens with the fibropapilloma virus were transferred to our facility yesterday due to limited space at Gumbo Limbo.  “Jeff” and “Shiny” (previously nicknamed “Vann”) both are riddled with external tumors.  Weakened states of FP turtles often make them prone to other ailments.  Shiny is healing from an old boat hit across her lateral scutes, while Jeff is being treated for superficial wounds from a shark attack.

Just when we thought the green invasion was coming to a close, another one surprised us this morning.  “Chip” also has a heavy load of tumors.

All 4 of the FP turtles are awaiting endoscope exams, provided they remain strong enough to undergo the sedation.  Duke is the only new patient that does not have tumors, but is being treated for an impaction due to a boat strike.  Mae remains in critical condition with around the clock care on an IV drip in our ICU/Emergency Room.

Many thanks to all of those involved in the rescue process for these turtles!