‘Fisher’, a post-hatchling Loggerhead, hatched from her egg one year ago on August 17, 2011. Fisher weighed in at a whopping 18.56 grams after emerging from her egg. Today, she has already grown to a weight of 3677 grams or 8.1 pounds! 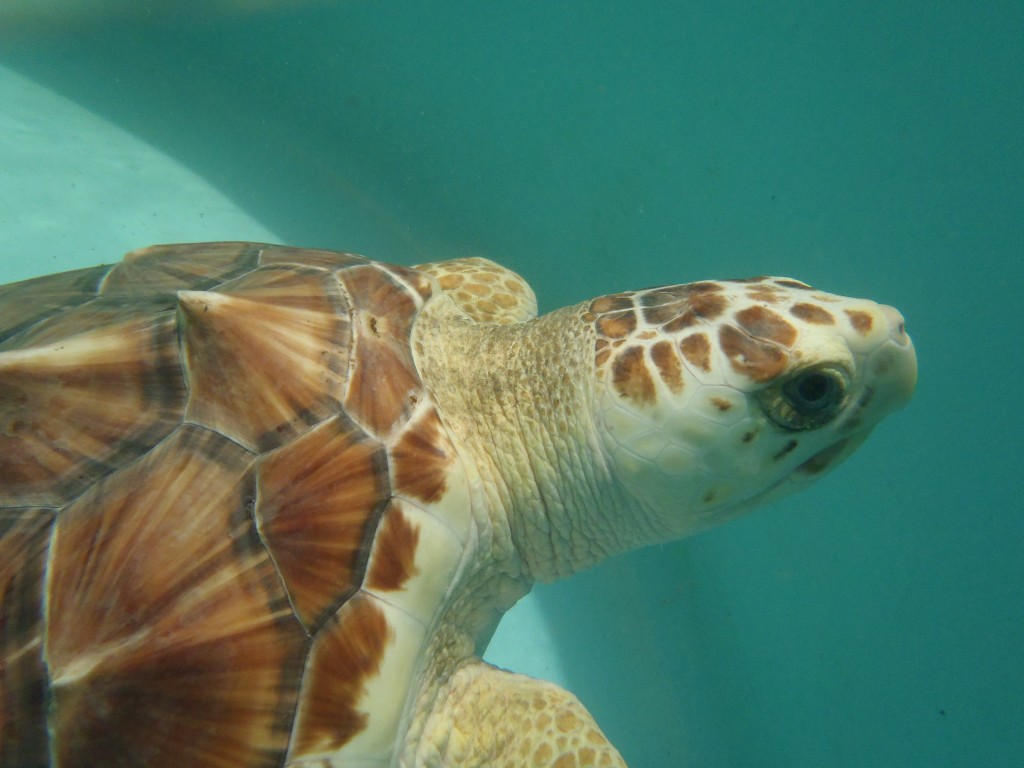 *Check out an up close and personal video of Fisher in her habitat!: Fisher Video

Fisher was part of a sex ratio study completed by the Florida Atlantic University and is currently an educational turtle here at The Turtle Hospital. FAU was studying the temperature of a Loggerhead’s nest, because the sex determination of each egg is completely dependent upon temperature. All of Fisher’s brothers and sisters were released after the sex was determined, and just Fisher has stayed on in our “Headstart Program.” Fisher will be a step ahead of all other sea turtles from last hatching season as she has been getting a good healthy diet her entire life. 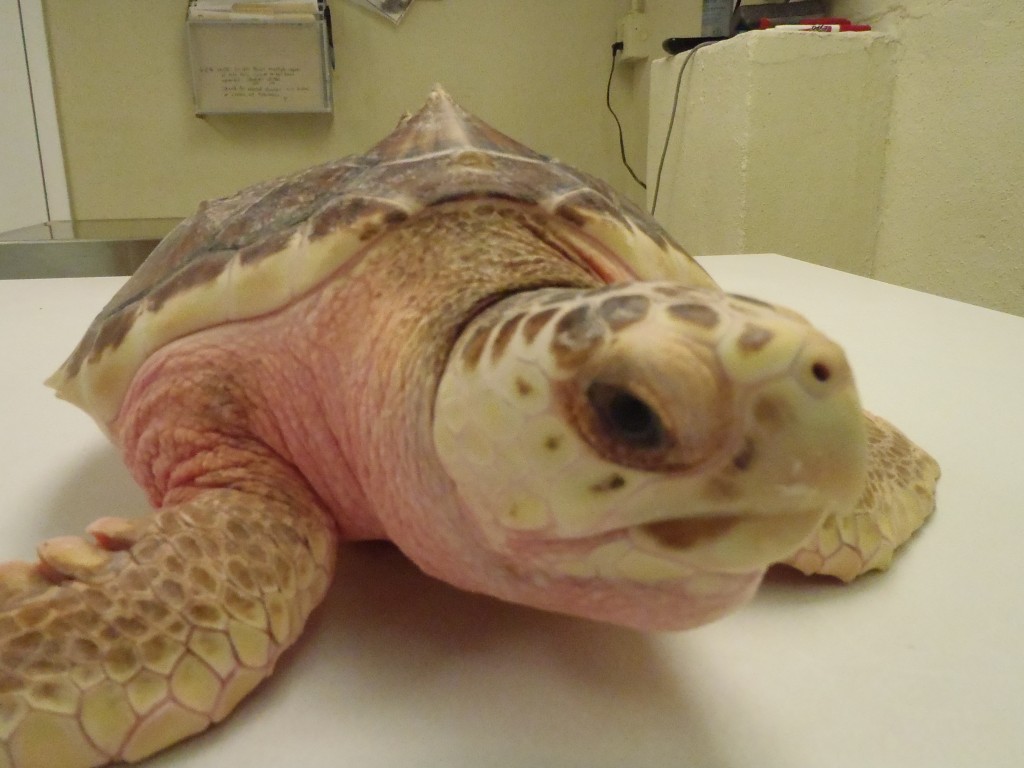 ‘Fisher’, getting her weekly examination.

Fisher will be released to the wild in an estimated 2 years when she reaches a length of 45 cm. Until then, she is an ambassador for her species and does plenty of outreach to schools, state parks, etc. We hope you will come down and wish her happy birthday! 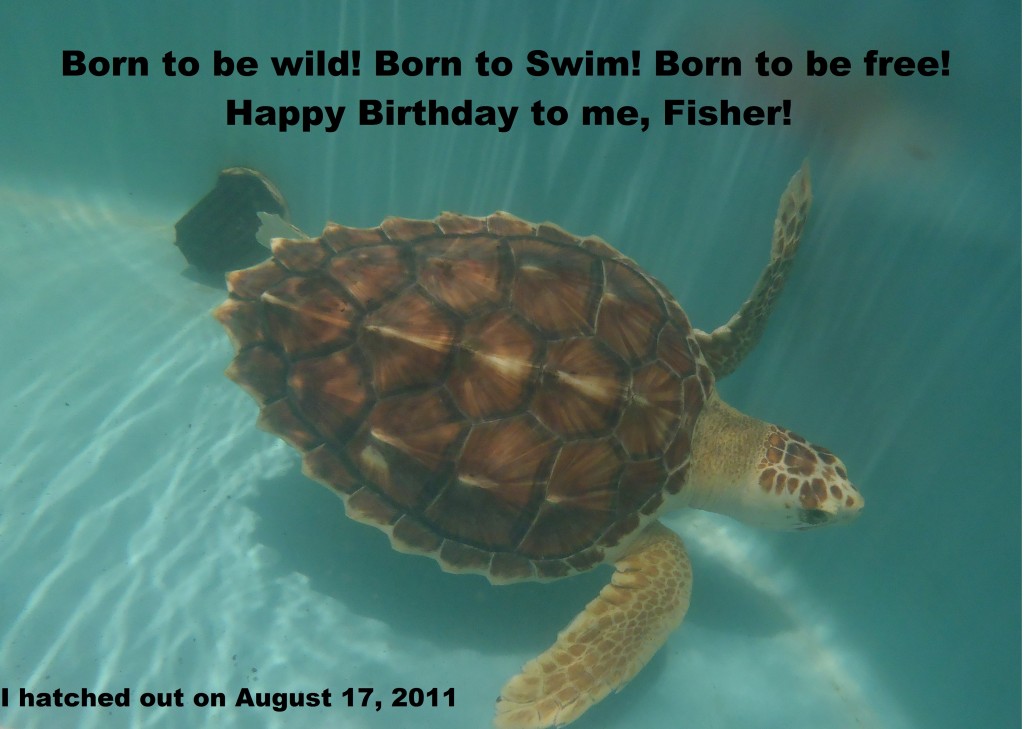