On October 8, 2012 we received a call from Brian Aronoff who had found a tiny sea turtle that was washed in with the tide to Key Colony Beach Marina. This washback hatchling was initially believed to be a tiny Loggerhead, but upon closer inspection was found to be a much rarer sea turtle, the Hawksbill. Hawksbill turtles have been deemed critically endangered which makes this turtle very special and important! 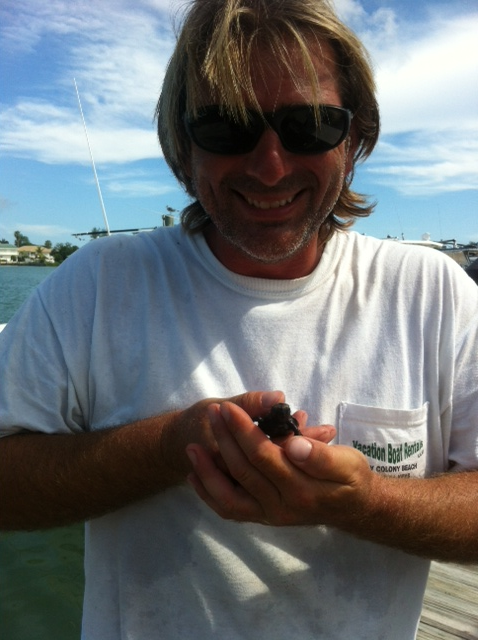 Another part of the rescue team, Jim Wilcox, pictured with the the Hawksbill hatchling.

The species was identified based on the scute pattern on the carapace and head. Until this hatchling arrived, the hospital had only seen Green and Loggerhead hatchlings so far this season, which are much more common. The Keys typically only have a few Hawksbill nests every year! A big thank you to Jim and Brian who were a huge aid towards getting this little guy back out where he belongs! 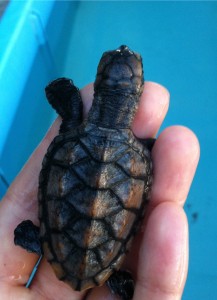 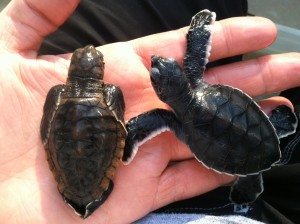