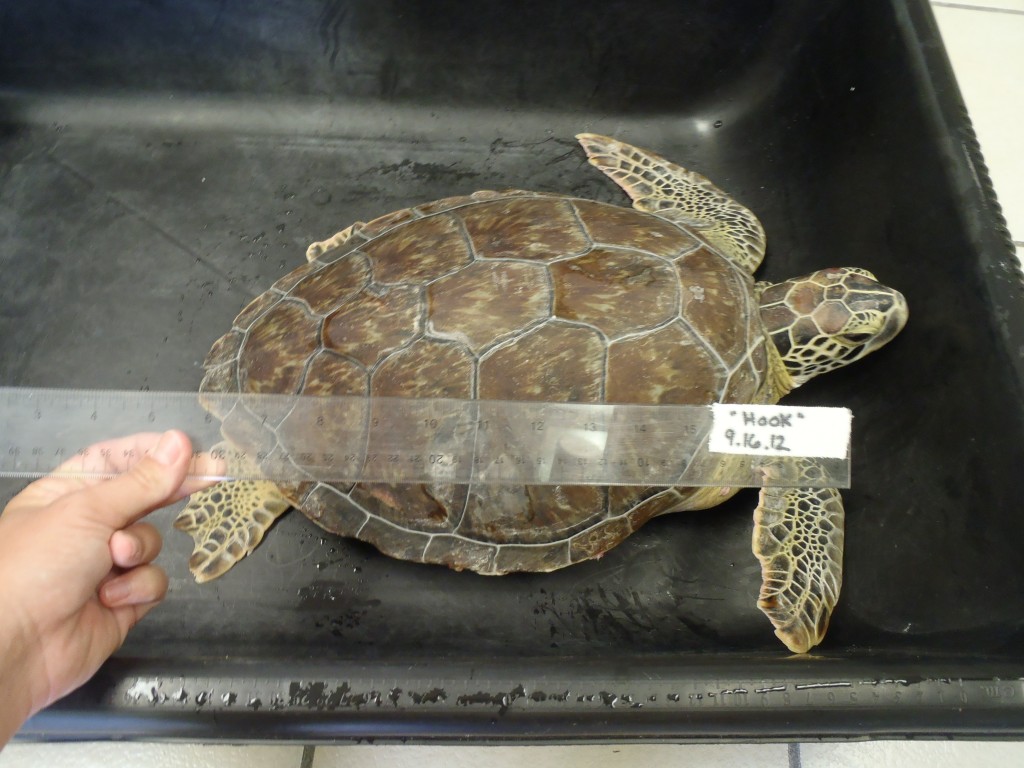 Over the weekend, The Turtle Hospital welcomed another juvenile green sea turtle to our list of current patients.  Transferred from Miami Seaquarium’s rehabilitation facility, Hook had been admitted initially for a flipper wound due, as you might guess, to a fishing hook having been forcefully ripped out.  All healed up, the green developed FP tumors while recovering.  Likely, he contracted the virus while at sea but the latent symptoms took some time to visualize.  Miami Seaquarium was able to remove the small growths until more grew, this time appearing on the eyes, a tricky location for FP removal surgeries.  Hook was transported to The Turtle Hospital where our reptilian expert, veterinarian Dr. Doug Mader, will perform laser surgery.  An endoscope on Monday confirmed that Hook does not have internal tumors, and we can therefore move forward with the procedure to remove external tumors.