‘Jib’ Sails Into The Turtle Hospital

On Sunday, January 6, 2013, Elisabeth Miska of The Turtle Hospital received a call about a floating and lethargic turtle. Key West natives, Josh and Bonnie Rowan, had the day off and decided to spend it boating around Mule Key when they came across a 130lb. Loggerhead turtle that was struck by a boat. 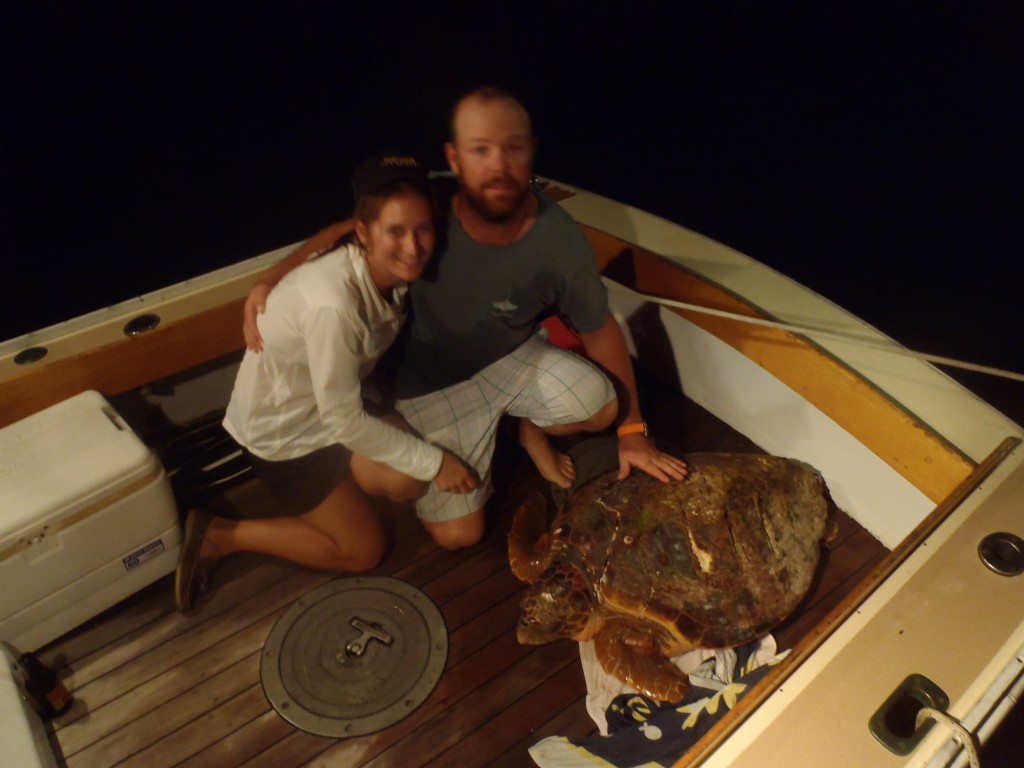 After making contact with Turtle Hospital staff, we gave the okay to Josh and Bonnie to bring the turtle aboard their vessel if possible.  After several attempts, “Jib” as he would be named, proved to be extremely heavy and difficult to bring aboard the boat.  With the sun setting in just an hour, it was going to be a battle with daylight too. Finally, with the turtle inches from being aboard the boat, the turtle’s heavy weight pulled Josh overboard! A Coast Guard vessel in the area began making headway to lend a hand, but in an amazing feat, Josh and Bonnie were able to haul the turtle aboard on their own! 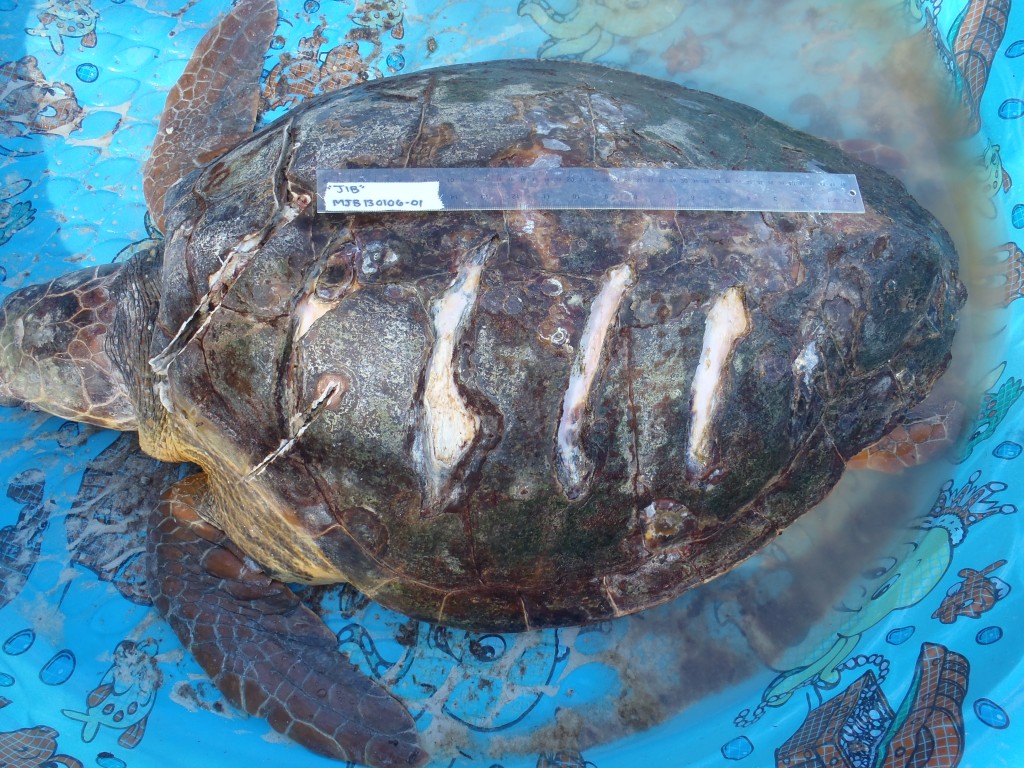 Jib, after a fresh water bath.

Upon examination, it is clear that “Jib” was actually struck by boats on two separate occasions. On the left side of the carapace, 4 prop wounds looked to have been healing up for some time out at sea and were covered in algae. The front of the shell had two fresh lacerations with a small wound to the head as well. Despite the trauma, Jib has good body weight and good blood chemistry. X-rays revealed intestinal blockage which causes gas making the turtle float, where they are much more likely to be hit by a boat.

On Tuesday, January 8, Dr. Mader came in for surgery on Jib, where steel cleats were screwed into the shell for stabilization of the fresh wounds. With antibiotics, digestive products and wound care, we hope to see a full recovery for Jib. We are so thankful to Josh and Bonnie who sacrificed a lot of their time and energy in order to bring Jib to safety!