‘Kiri’ Gets Rescued at Robbie’s 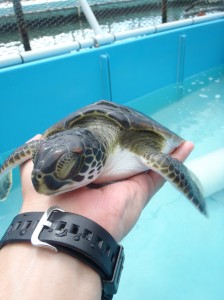 Staff at Robbie’s Marina in Islamorada were getting the day going like any other when a small turtle was seen among all of the tarpon this morning. Missing a flipper, with nicks and dents in the shell, the staff called our stranding line for help and were then able to net the 2 lb. turtle onto the dock.

‘Kiri’ as the turtle was nicknamed, was pretty feisty and was able to hang out in the live-well until the ambulance could arrive. 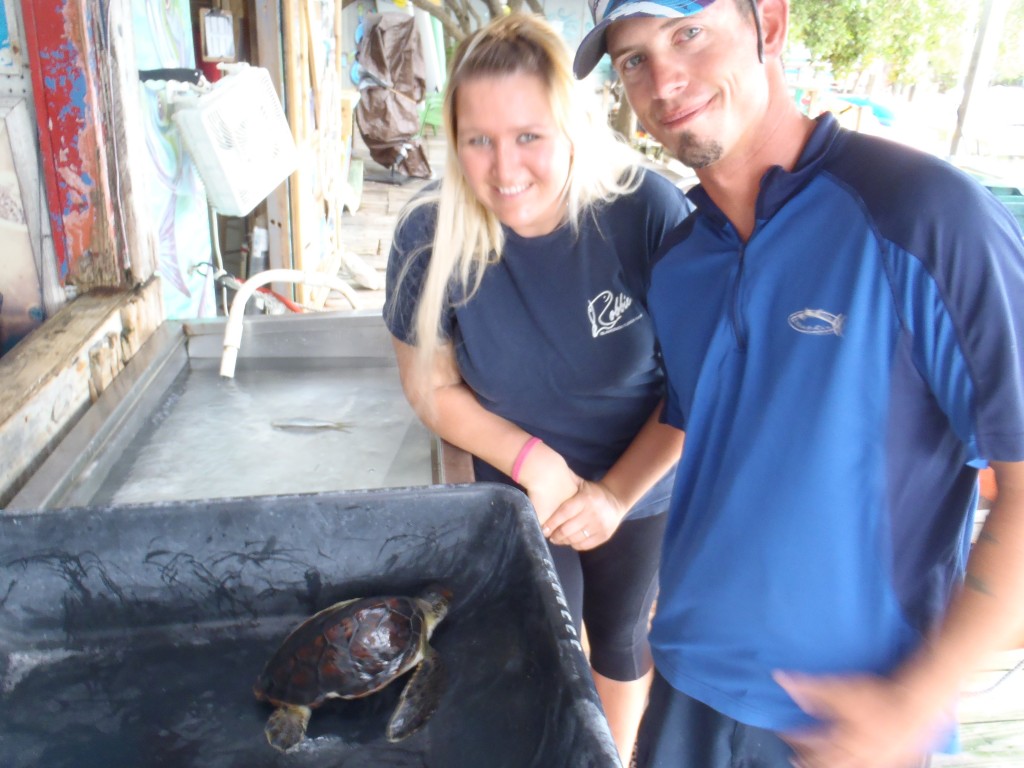 Rescuers Kiri and T.J. with ‘Kiri’, the turtle

Kiri appears to be in good condition, the turtle looks to have survived and healed from a predator attack in the past. Kiri is very young, likely a turtle that hatched out sometime last summer. Juvenile greens are normally seen in sea grass beds around the Islamorada area, but not usually this small. With many boats and the famous tarpon feeding happening at Robbie’s, it was probably not a good spot for such a small turtle either. 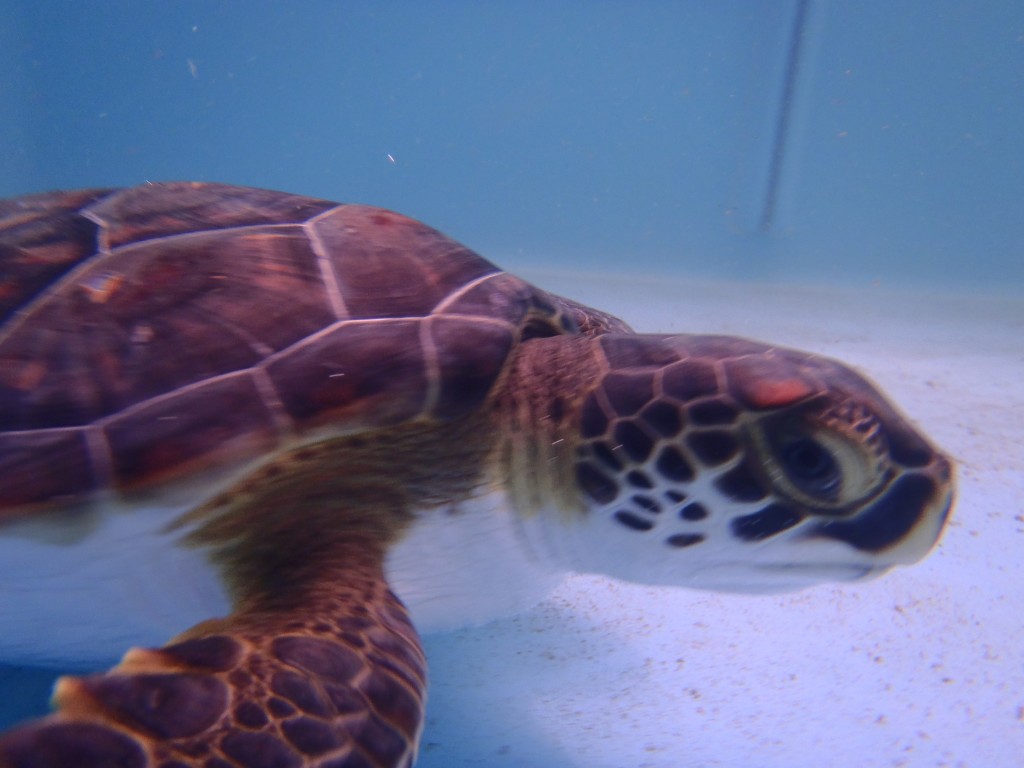 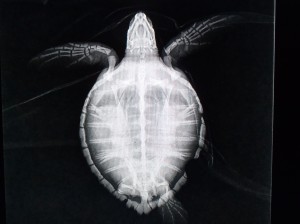 Kiri has already had an x-ray which appears normal and has started to devour squid bits too. If defecation and behavior appear normal over the next few days, Kiri will be up for release right away!

A big thank you to the staff at Robbie’s!