The Turtle Hospital has been busy the past few days! With people from around the world enjoying spring break, we have had record amounts of visitors along with two new turtle patients. The first new patient was transferred down to our facility from Volusia where the turtle was initially cared for until transport was arranged to Marathon. 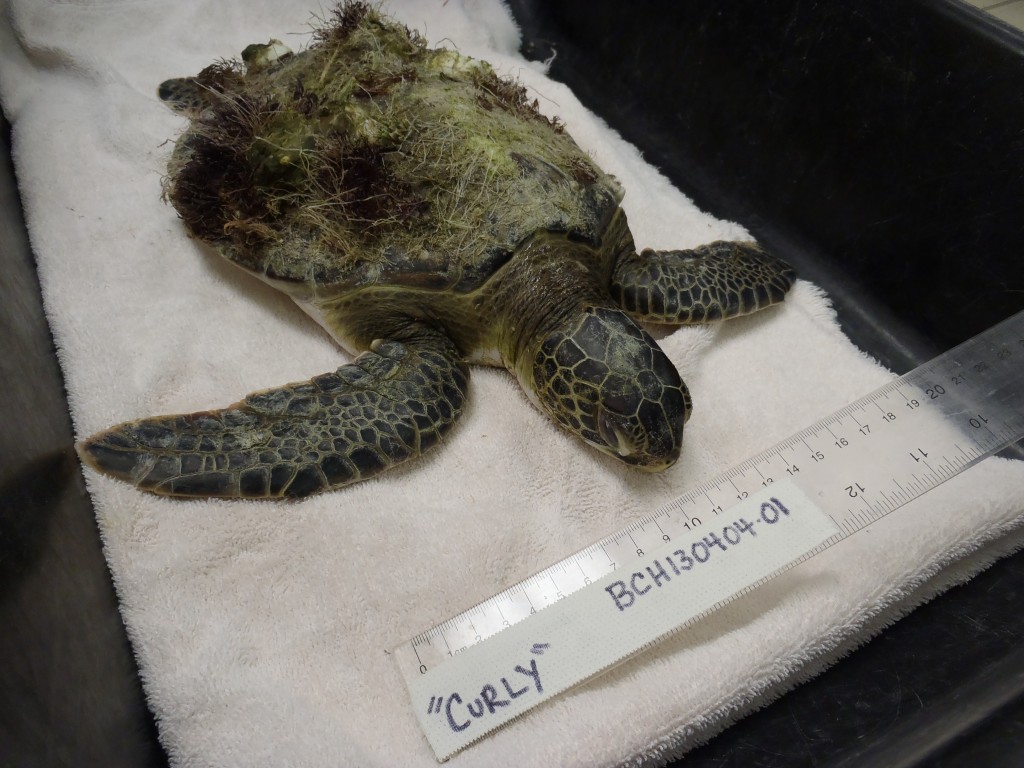 “Curly” is just a 5-lb Green, named for the long and curly algae that was growing on his shell. Several small lesions and bumps were found on the eyes and skin too, further analysis will tell us if they represent the fibropapilloma virus. Curly is still lethargic and weak, but is now in a shallow water hospital tank getting small pieces of squid after getting a fresh water bath.

On April 6th, staff members were alerted of a turtle floating and swimming in circles along a seawall in Cudjoe Key. Lydia Waterloo knew right away that this turtle was in distress due to the odd behavior and by seeing a flipper missing. The turtle started to drift and continued to circle along the seawall out of Lydia’s sight. After calling a few neighbors in her community, ‘Venture Out Resort’, Lydia found a group of guys further down the seawall that were able to get in their boat with a large net and scoop out the sick turtle. 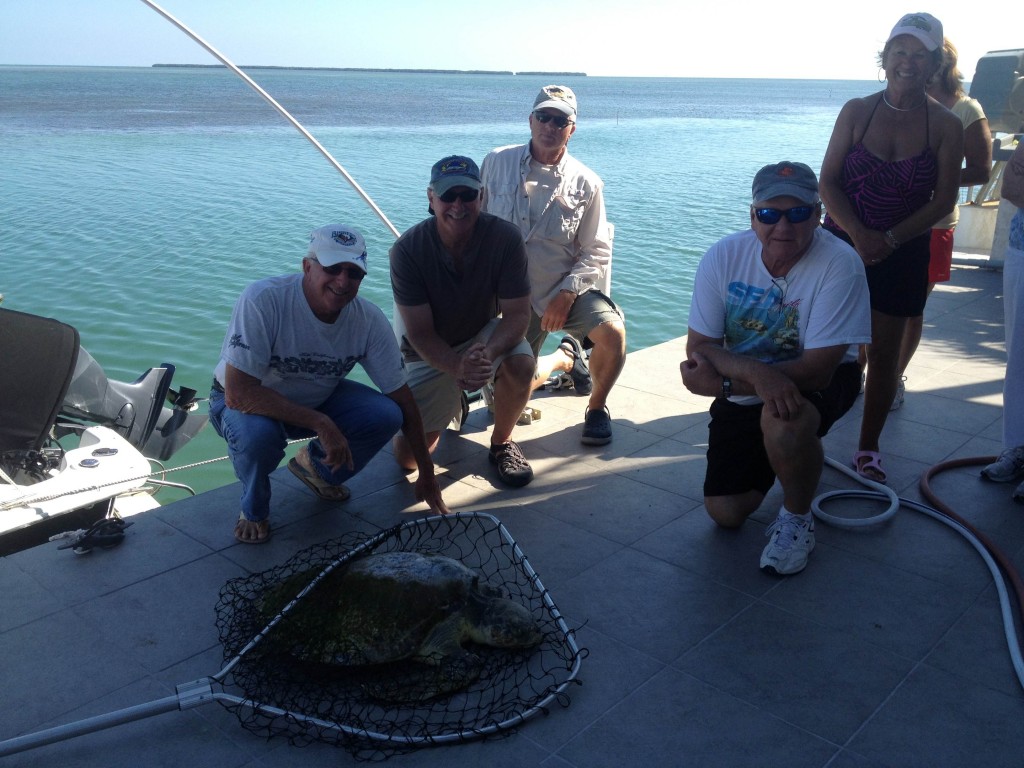 Part of the rescue group with ‘Venture’

A large group of the community found there way over to check out the turtle that a few referred to as the neighborhood’s new mascot. “Venture” is an adult female Kemp’s Ridley, which is very rare to see in our area. As of yet, we are unsure what caused this turtle to strand since the front flipper wound looks old and healed. Being so lethargic with poor blood chemistry we will start with the basics, food and medication, until we can better understand what’s wrong. Be sure to check back for more updates!

Venture starts to get some rest after struggling out at sea.

A big thank you to all involved in the rescue of these two turtles, especially Lydia Waterloo and the people of Venture Out Resort for their teamwork and dedication!