Weighing in at a whopping 150 grams is our newest patient, ‘Crush’!

This cute little guy was washed ashore and found floating in a bed of Sargassum weed inside a marina at The Sea Breeze Trailer Park in Islamorada. Rescuers Joe, Trinita, and Sophia Tocci and Kenny and Chloe Stokes became very nervous for the lost turtle especially because there was a large saltwater crocodile in the marina too! Luckily, they were able to safely net the turtle onto land until hospital staff arrived. 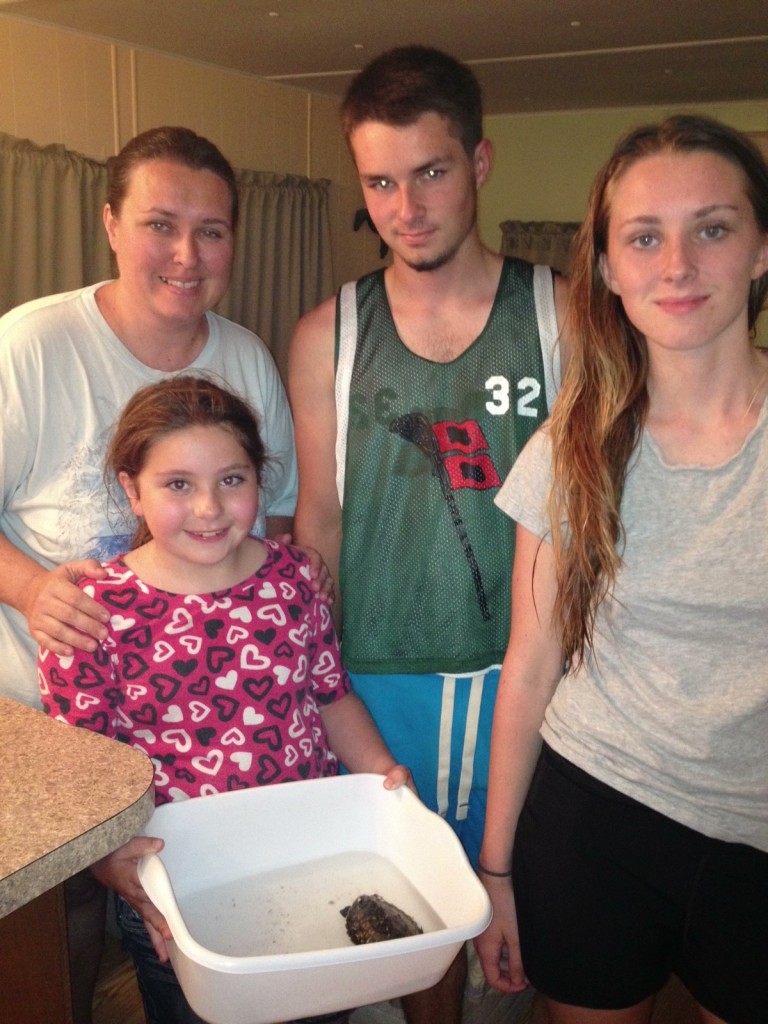 At just over 10cm long, Crush qualifies as a juvenile Hawksbill and is probably less than a year old. Thought to spend there early years miles offshore hiding out in the weed line, it is likely that strong currents pushed this turtle the wrong way and he floated in to shore. Crush appears to be in pretty good shape, staff plans to give him plenty of squid bits and make sure behavior is normal before release in just a week or two!

Hawksbills are critically endangered due to poaching for their shells which were made into things like sunglasses or jewelry. The beautiful markings are already becoming evident on young Crush. 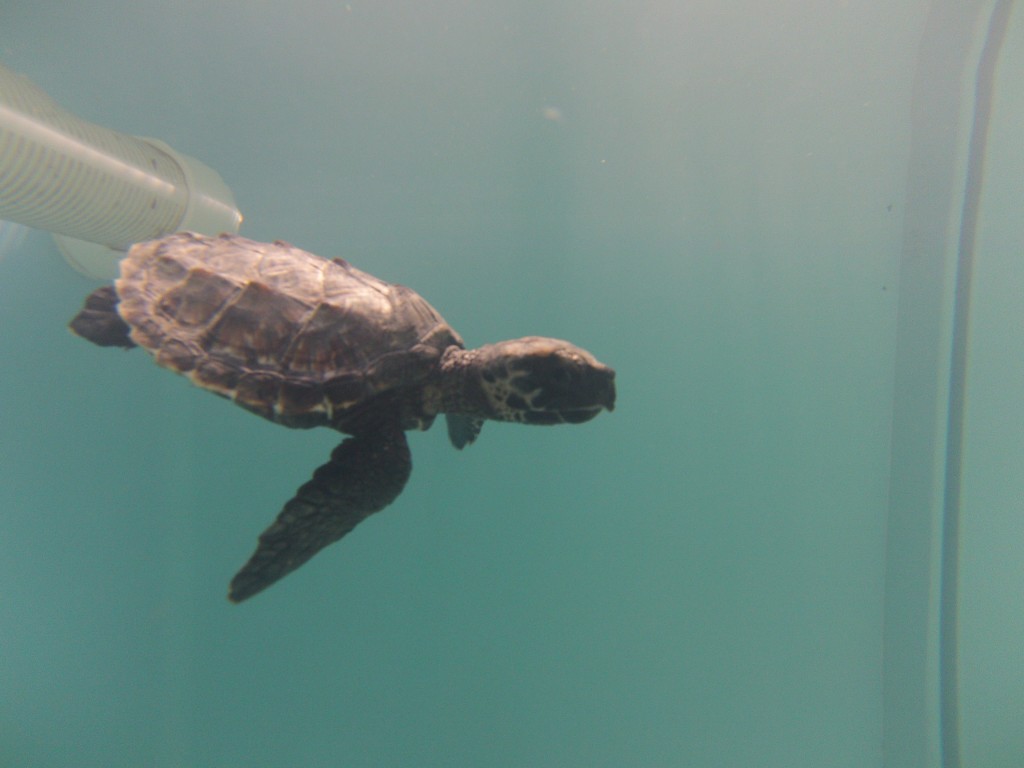 A big thank you to the rescuers! Being so rare, it is especially important to get this little turtle back out to the wild! 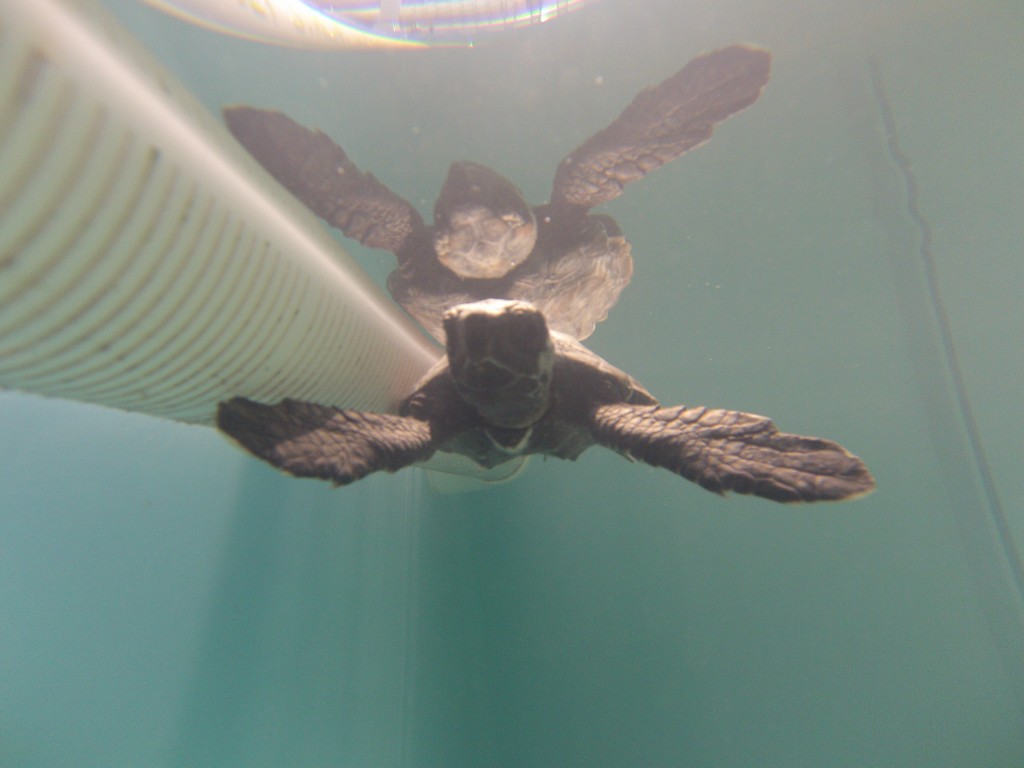