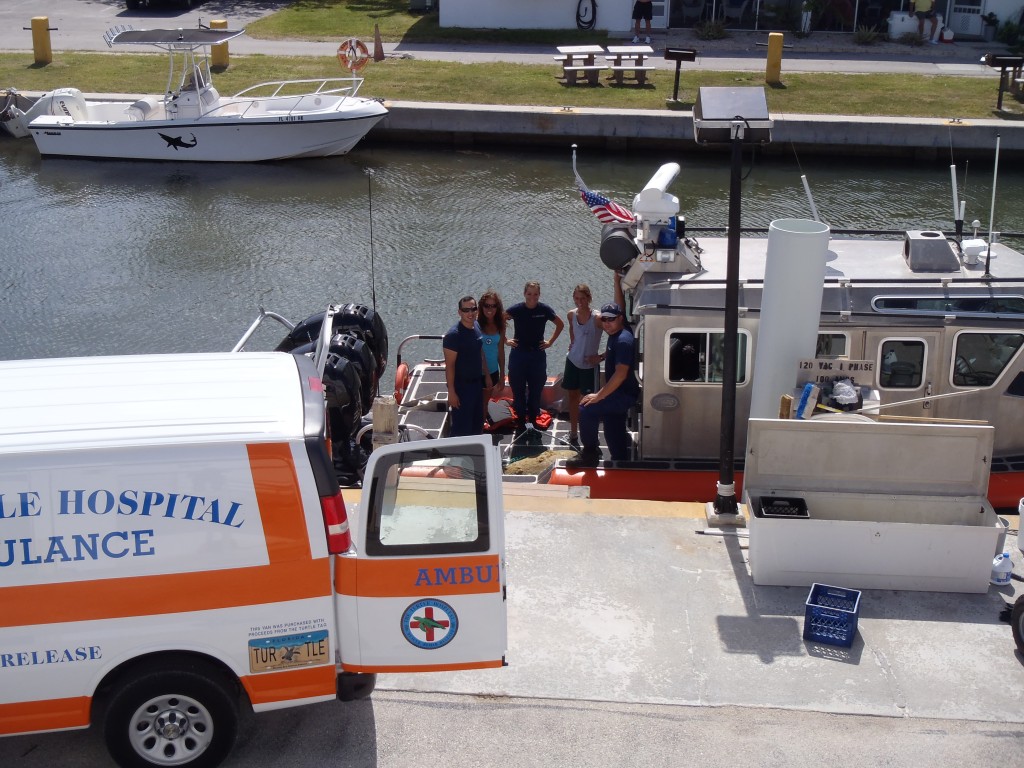 Yesterday afternoon, The Turtle Hospital received a phone call from a man named John regarding a floating loggerhead.  John and a crew of friends and family were out hunting lobster offshore in Bamboo Bank when they came across a 167-lb adult male loggerhead.  Turtle Hospital Manager Bette Zirkelbach and Rehabber Stacey Venzel went out for their first on-water rescue, cruising out to sea onboard a Coast Guard vessel.  John’s boat stayed near the turtle, pointing him out for the joint rescue team.  Together, they pulled the cumbersome load aboard. 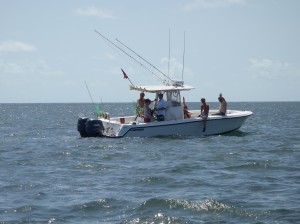 Hunter’s rescue family took a break from a fun day of lobster fishing to contact The Turtle Hospital about this floating loggerhead.

It was quickly determined that “Hunter”–as named by John, etc.–was experiencing lockjaw, an ailment affecting a handful of our loggerhead patients every year,  that renders them unable to open their mouths.  Though the exact cause of lockjaw is not known, some scientists hypothesize that it might be due to a cerebral parasite overload or neurotoxin build-up.   Because loggerheads can no longer actively eat when they become afflicted with lockjaw, these patients often arrive emaciated, as was the case with Hunter.  With a shell spanning nearly 3 ft long, a turtle this size should weigh around 200-lbs. 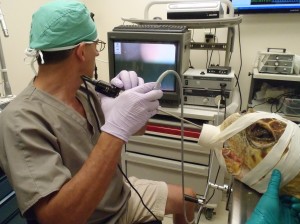 Dr. Mader uses an endoscope to find the location of ingested fishing hooks inside Hunter’s esophagus. One of the hooks was able to be removed during this procedure.

Initial x-rays revealed at least 4 fishing hooks inside the turtle, 1 in the flipper and at least 3 in the esophagus.  Our veterinarian, Dr. Mader, was able to remove one of the hooks with the turtle sedated.  The remaining hooks would require a more invasive surgery due to the fact that they have become embedded.  Hunter would need to be much stronger in order to be put under anaesthesia.  For now, Hunter’s health and behavior will be monitored while we try to get some calories into him.  Luckily, these hooks appear to have been the cheap, dissolvable kind as opposed to the everlasting stainless steel hooks.  In the event that we cannot surgically remove the other hooks, we hope to see them dissolve over time. 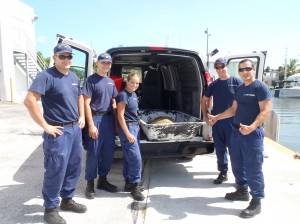 A special thanks goes out to the Marathon Coast Guard for aiding in this turtle’s rescue, as well as John and clan for keeping an eye on Hunter until Turtle Hospital staff could arrive!