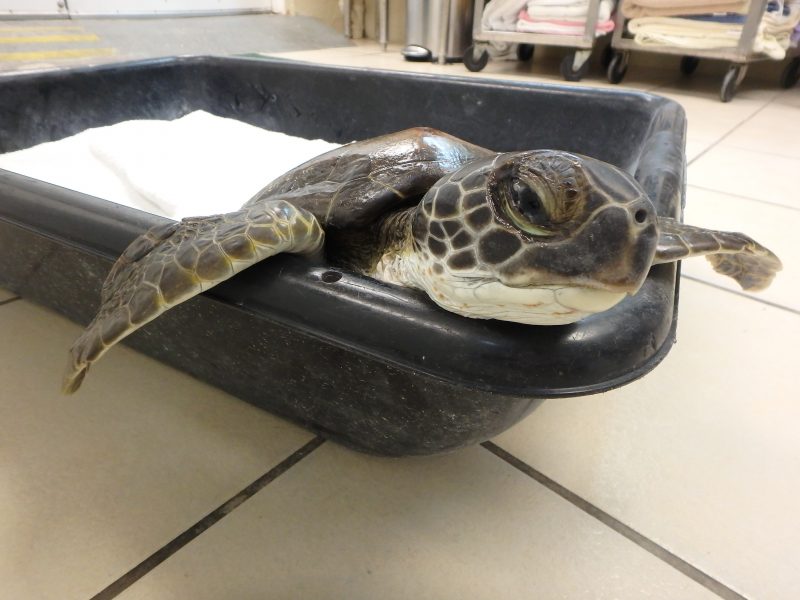 “Lucy” is an absolute miracle story. Lucy is a juvenile Green found entangled in a giant clump of junk that washed onto shore last Saturday. This big mass must have continued to collect more and more debris as is floated around in the ocean, it contained several types of netting, fencing, string, and rope, as well as many buoys…even a mop bucket! This floating mass became home to crabs, algae, barnacles and all sorts of critters, and likely worked as a trap as it lured in this little turtle with sources of food. 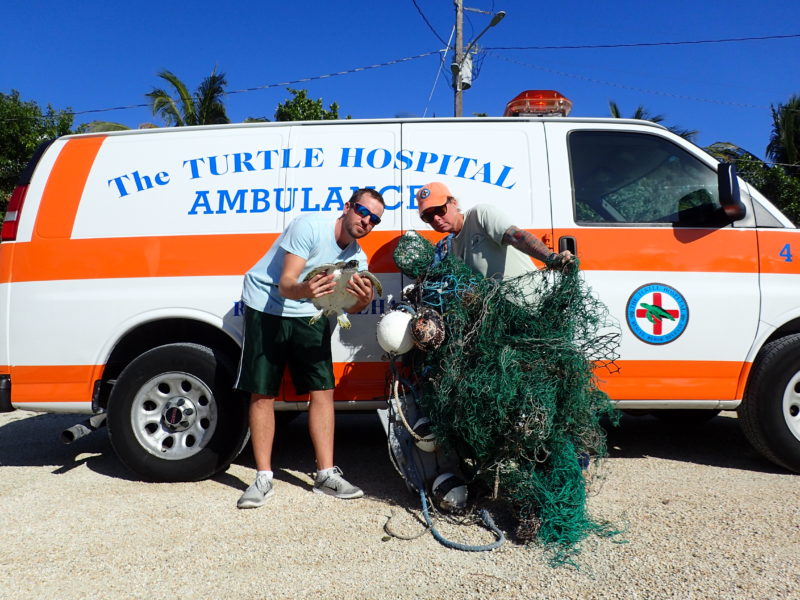 Who knows how long Lucy was entangled in this mess, we even had reports of people who noticed this specific clump of debris on the beach three days prior to Lucy’s discovery! This means this poor turtle had been tangled in the net on the beach for three days! She suffered through some of the coldest nights we’ve had in Florida so far this winter. We are so happy and extremely lucky that this turtle survived and was found. She is very underweight and very dehydrated, however she has already begun eating on her own…we have high hopes for a full recovery!! 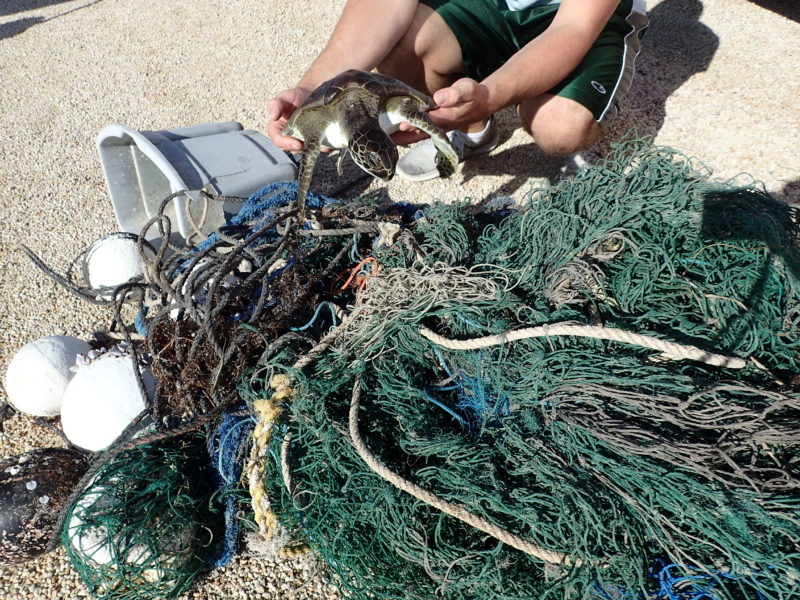