Sunday, February 24th was a beautiful day to be out on the water in the Florida Keys, and for The Turtle Hospital that means there are more eyes on the water to spot sick turtles. The last call of the day was from Mark, Danielle, and Asher, a family out fishing and relaxing on the water in the Cape Sable area. They immediately knew that this little turtle floundering in shallow water was in need of some help and made the call to Liz Miska of The Turtle Hospital who coordinated the rescue effort. 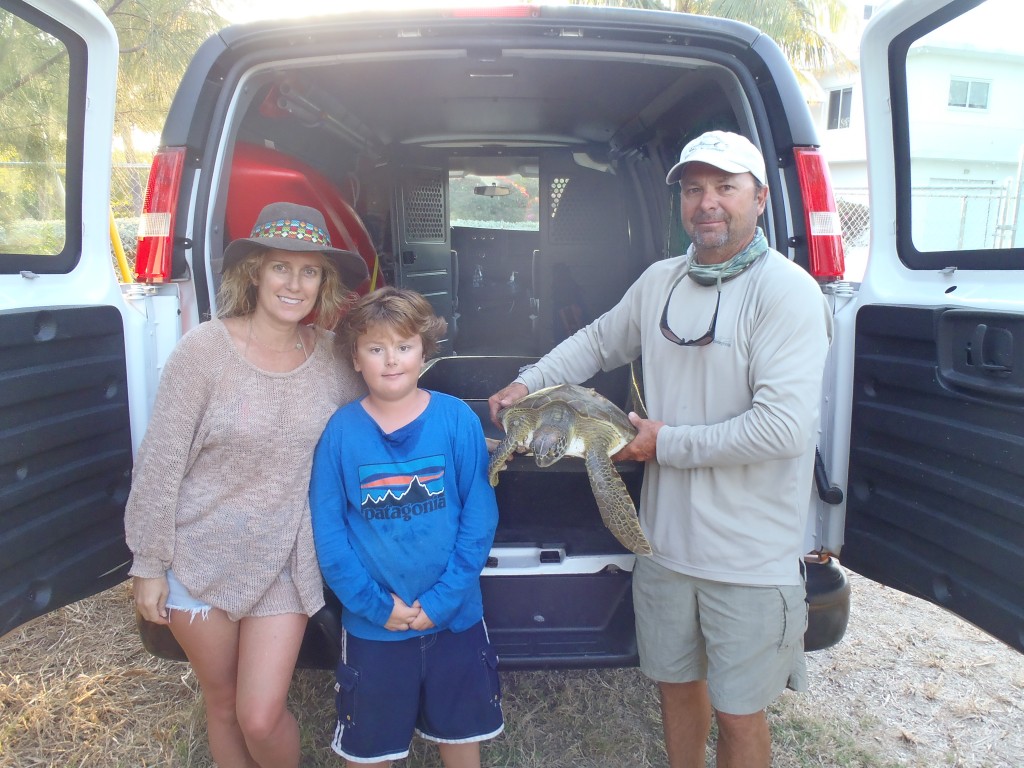 Rehabber, Matt, quickly hit the road and met up with Mark and his family at a dock in Islamorada. Upon initial inspection, ‘Asher’ as he would be named, had many fibropapilloma tumors at the base of his flippers and even covering both eyes. The carapace was coated in sand, barnacles, and algae, indicating he had been lethargic for quite some time. On the underside, or the plastron, leaches and leach eggs had even taken over. Poor Asher had lots of scratches and old wounds, including a missing rear flipper possibly due to a predator attack! 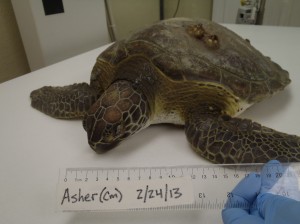 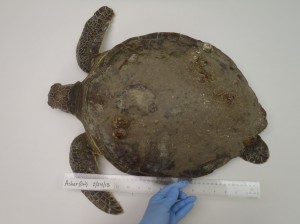 After arriving at the hospital, it was determined that Dr. Mader would be able to surgically remove the tumors on the eyes and save Asher’s vision! Asher is extremely anemic and will require time to develop a higher red blood cell count, so surgery will be several weeks in the future. Until then, Asher will be offered plenty of food and treated with antibiotics. From the looks of this turtle’s blood chemistry, he/she did not have much time left out in the wild so we thank Mark, Danielle, and Asher for a great rescue!