This week brought us 2 new turtles: Toby and Mike.

Toby was rescued Thursday from Islamorada. He gets his name from the rescuer’s dog. Toby is a small green turtle with a boat strike to the back of his shell. 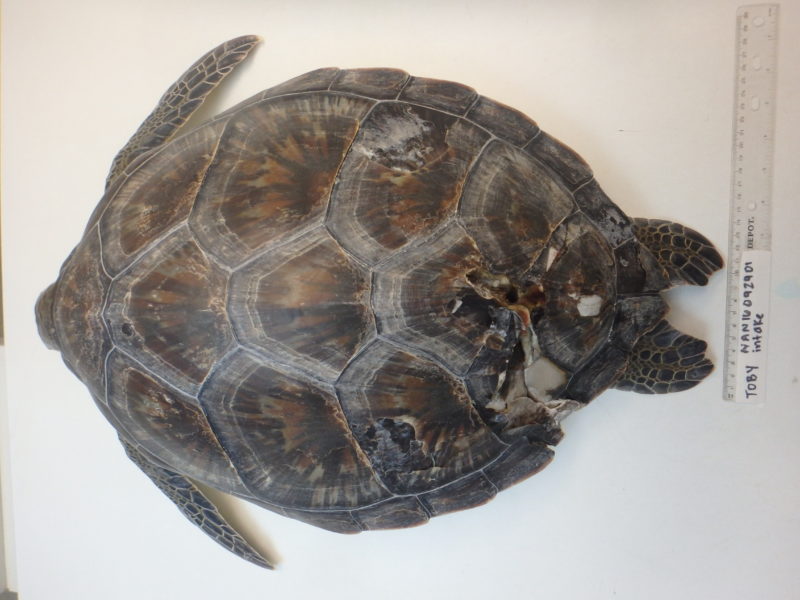 We’re still trying to figure out how much internal damage that boat strike did. X-Rays are not conclusive, they show a lot of gas and poop. Yesterday we took him to Fisherman’s Hospital for a CT Scan. Once we get the results, we will be able to see how much damage was done internally. The most important part is to find out if his intestines were compromised. So we’ll know more in a few days, and we can determine his course of treatment then.

Our latest patient came is yesterday afternoon, a nice way to end the month. Mike is a sub-adult loggerhead found right off of Sombrero Beach in Marathon. A boater named Mike, hence the name, was coming back in from a long day of being out on the water when he came across this large turtle in need of help. Between him staying with the turtle, Coast Guard responding and getting the turtle, and our rehabbers meeting them with the ambulance we were able to get Mike back to the hospital. 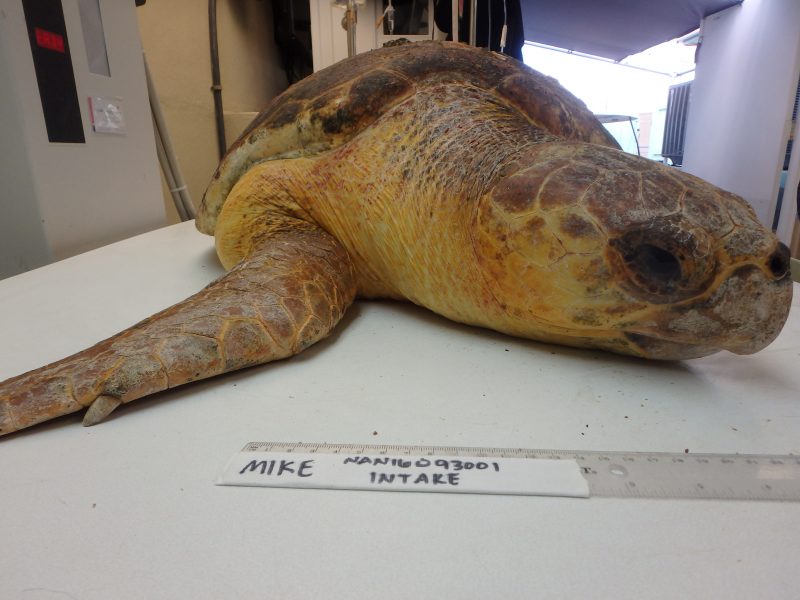 Mike was floating and unable to dive. We’re assuming it’s an impaction (blockage of the intestines). We’ll get him started on some meds to help him poop and to get rid of his gas. Then hopefully in a few months, once he’s no longer floating he’ll be able to be released.