Packing on the Pounds!

Gizmo came to us weighing in at just 79 lbs, extremely emaciated as a result of an intestinal impaction. During the first two weeks, Gizmo didn’t eat much but he was able to pass his impaction. After his impaction passed, his weight dropped to 73 lbs so we were still very worried about his condition. 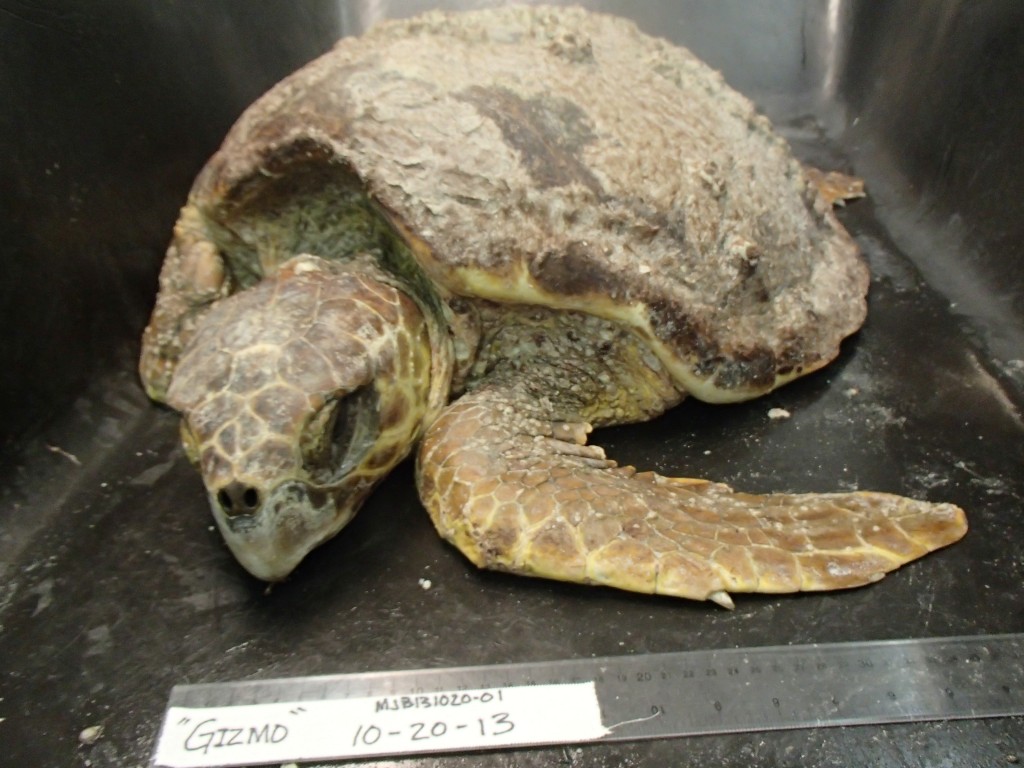 In the past two weeks, Gizmo has really made some big strides. Now that he is feeling better, he is very hungry and weighed in today at 86 lbs! His many open wounds and sores are quickly filling in with scar tissue and he has stopped floating as well! His first couple of weeks in our care we were very worried about him and it’s been amazing to see this turtle make a great recovery. 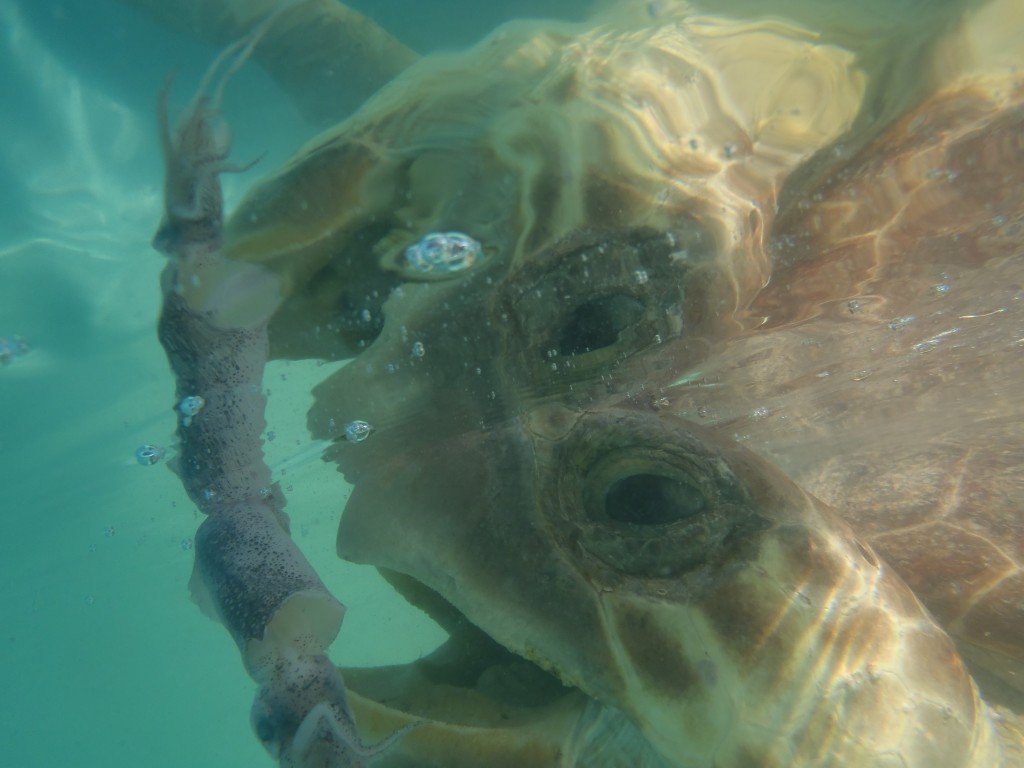 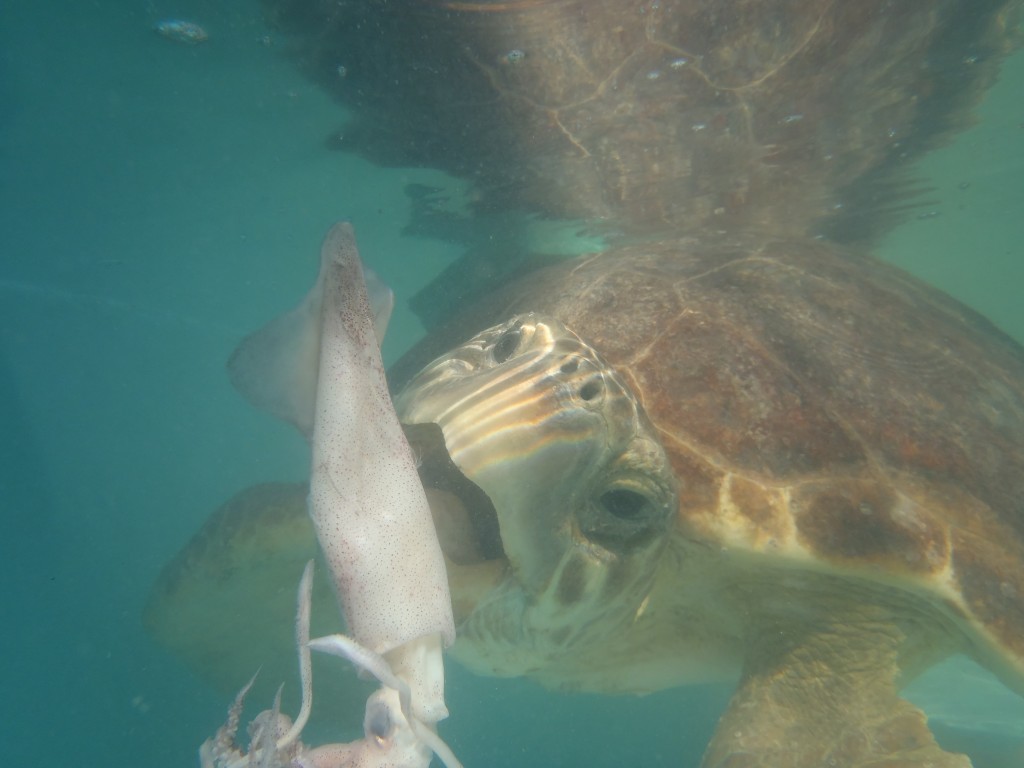