Recently we had 3 sub-adult loggerheads come to us who are suffering from an impaction. Impactions occur when turtles eat something their bodies are unable to break down, such as plastic trash. These impactions cause internal gas build-up, which actually makes turtles float. When we get these turtles, our goal is to help them pass the gas and impaction and be able to swim normally again.

Mike was the first of these loggerheads to arrive at the hospital. Upon x-ray, Mike showed small pieces of shell in his intestines. Our rehabbers began helping him by giving him beano with his food. Just like in humans, beano helps to break down gas and allow the turtles to pass it. Mike was also put into a large tank so that he has room to exercise, which will help to work the gas out. Mike has been here a few weeks now and is floating much less than he was in the beginning. He is well on the way to being a healthy, happy sea turtle! 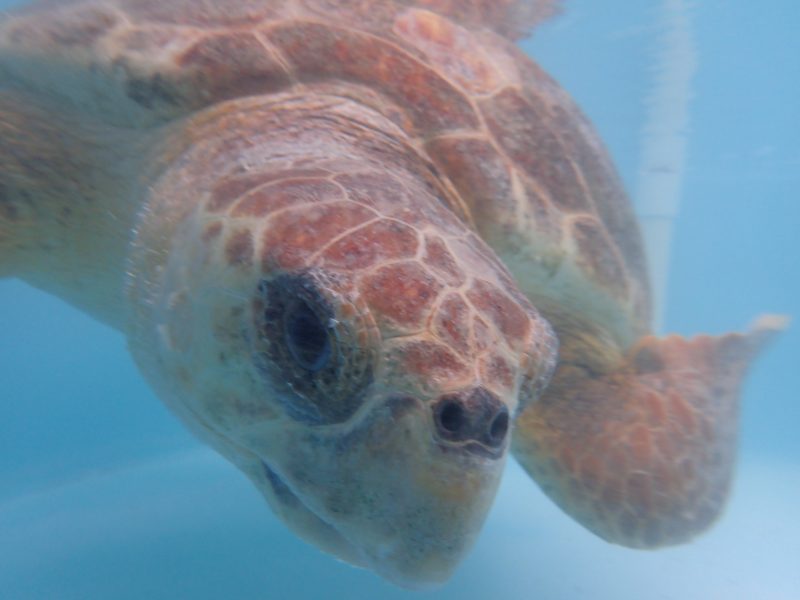 Casper was also found floating, and after being with us a few days he passed sponge. Unlike a Hawksbill’s digestive system, a loggerhead’s is unable to break this sponge down. However, after being given beano as well as lactulose to help pass this impaction, Casper is no longer floating! 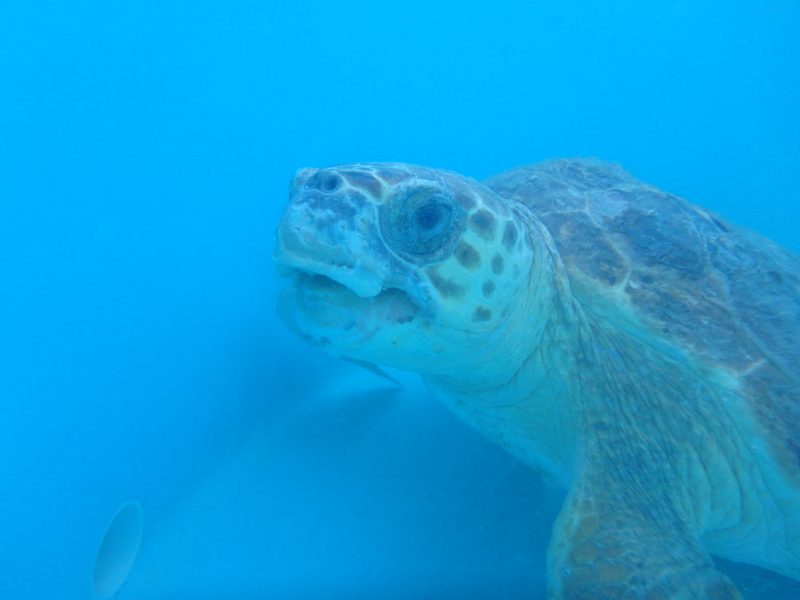 Salty’s impaction was a small piece of wood. He has now passed this and is swimming normally, just like Casper! We aren’t sure why Salty consumed this wood, but its a good thing he was rescued and brought to us here at the Turtle Hospital so we could help him. 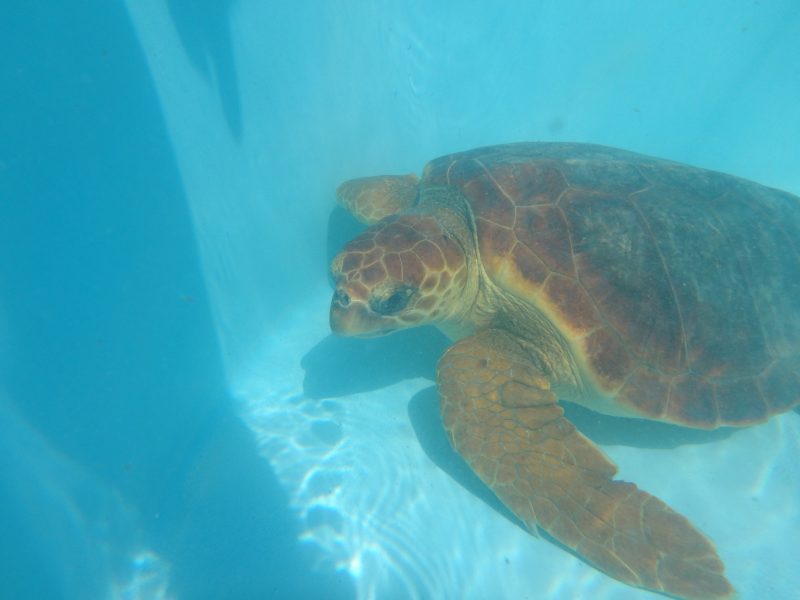