Release is in Sight for Archer and Francis! 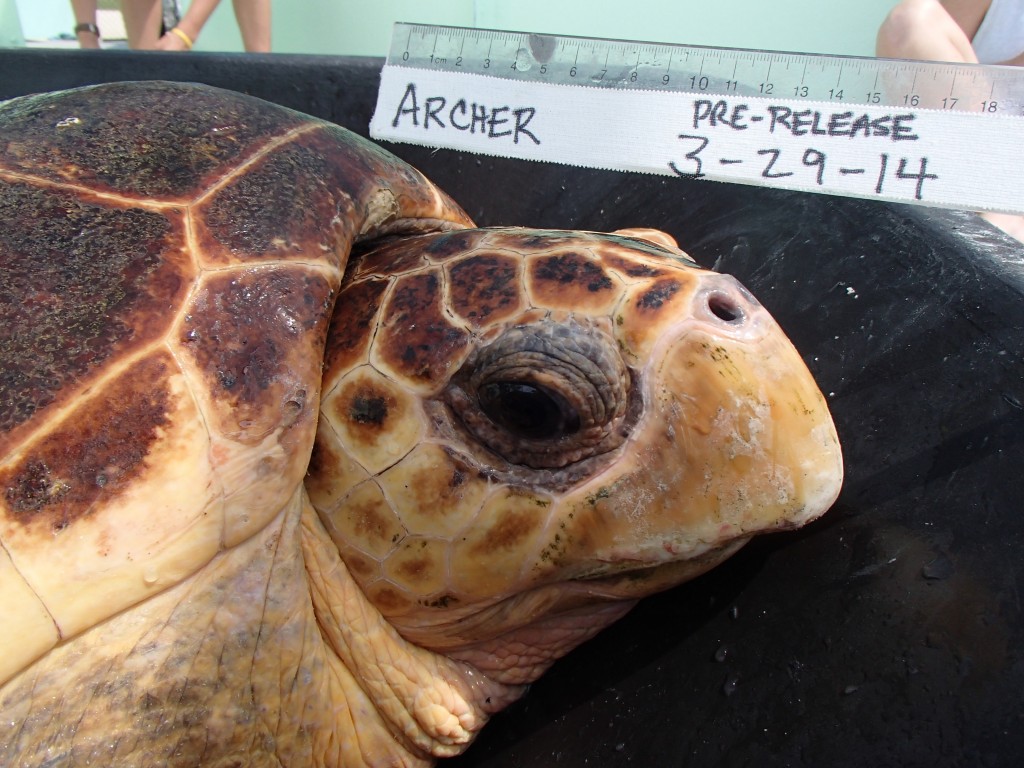 Our two largest patients, Francis and Archer, have been cleared for release! Francis, a 160 lbs adult female, and Archer, a 140 lbs sub adult female, both were found floating offshore of the Florida Keys in late January. Upon examination, we found that both of the turtles were suffering from intestinal impactions, something that is often treated at our facility. Turtles often become impacted due to marine debris, like plastics, or due to natural objects, such as shell fragments. 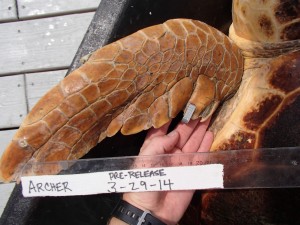 After a month, we were able to get these Loggerheads to pass their impactions but they were both still floating due to gas. Both turtles constantly swam trying to dive below the surface to rest on the bottom; a criteria needed prior to release. They were treated with a healthy diet, Bean-o, and antibiotics.

Finally, after an entire month of floating at the surface, they are both able to rest on the bottom! Their blood levels and behavior are now normal so they got an OK from the doc to go back home! Both were recently tagged and we are planning release events for both in the near future. Stay posted to our website and social media pages so that you can come to the beach and help us wish them farewell! 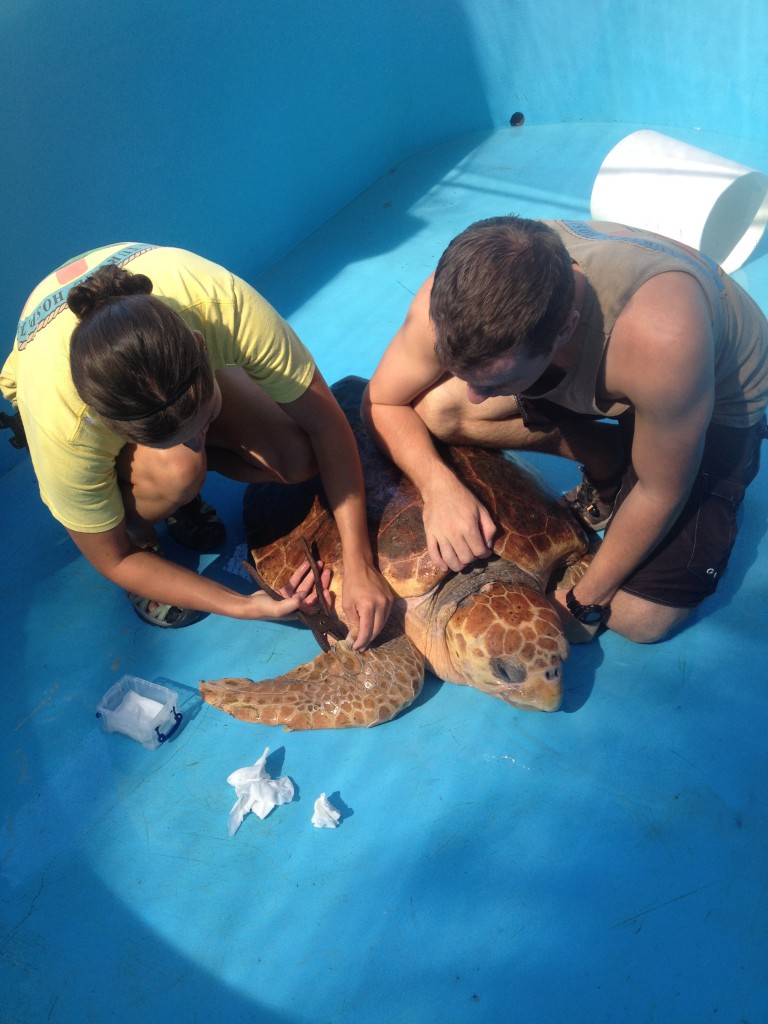 Rehabbers Devin and Matt attach a flipper tag to Francis.