Right Place at the Right Time

Last Wednesday was an extremely busy day here at the hospital.  In the morning, as we had three turtles undergoing surgery for FP tumor removal, we received a call about a floating turtle by mile marker 10 at Geiger Key Beach.  The rescuers were conducting a beach clean up when they spotted the lethargic loggerhead floating near shore.  Luckily for this turtle the rescuers were marine science students from the University of Florida.  Upon observing the floating turtle covered in barnacles and algae Dillon Murph and Jennifer West quickly realized that this turtle was in need of some help.  They immediately gave us a call and we made our way to the beach. 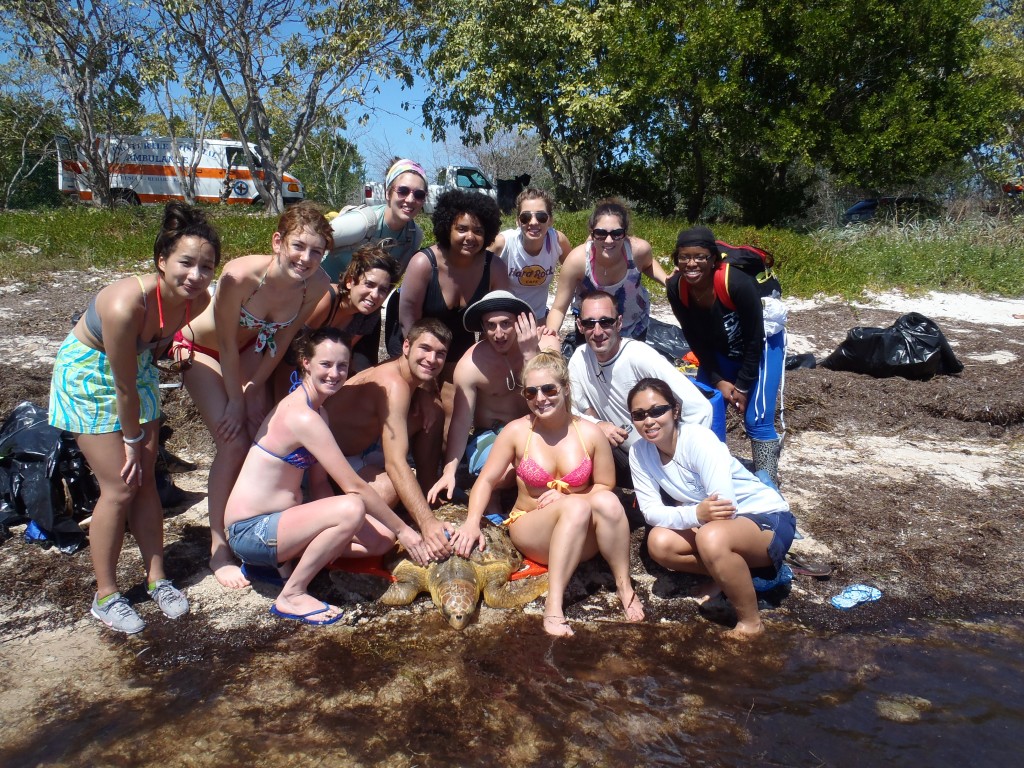 Once we arrived on the scene we were able to pick up the turtle and load it into the ambulance for the ride back to the hospital.  The loggerhead, named Senor Fab by the rescuers, joined our other 3 turtles in the the recovery room and we began examining him between checking the heart rates of the turtles waking up from surgery.  We believe Senor Fab had been floating for a good amount of time due to the amount of epibiota covering his shell and his emaciated state.  This loggerhead was very lucky to have these quick thinking students in the area or he might have been floating for quite a bit longer. 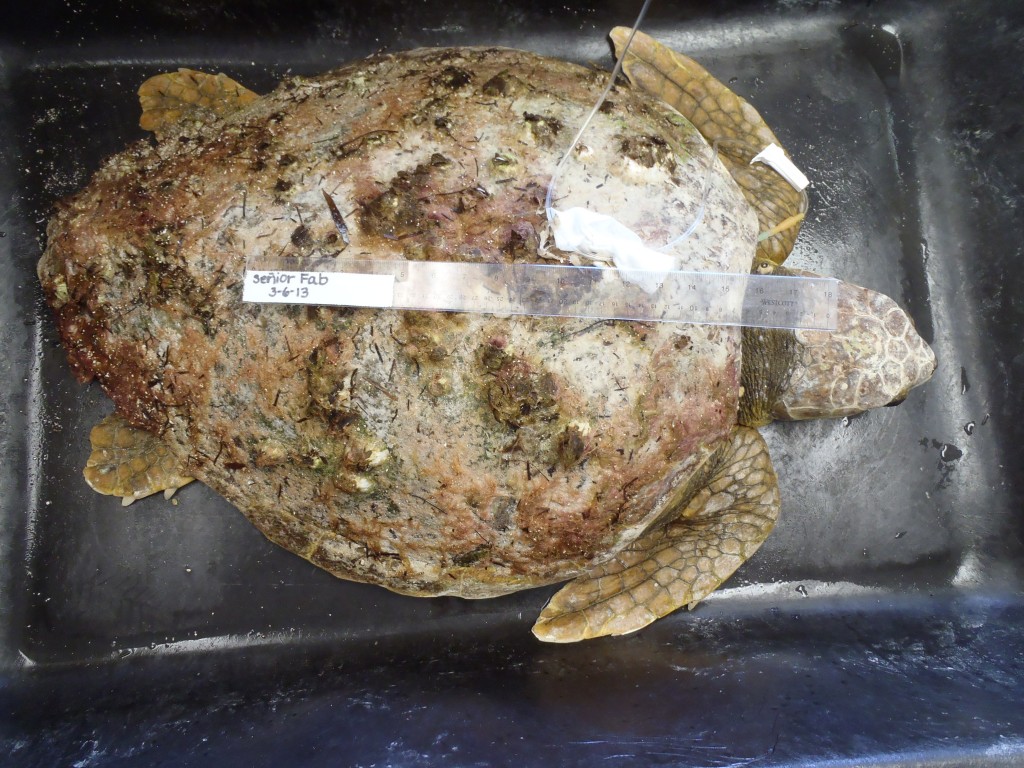