Weighing in at 133 pounds, subadult Loggerhead “Rudy” brings our turtle total to 28!  Rescued by the Collopy family of Chicago, Matt and Aileen were out on the water with family when they noticed a big floating turtle.  After talking with Rehabilitation Technician Stacey Venzel and Education Specialist Teresa Ryan, they were able to pull the heavy load onto the outboard, restrain the lethargic guy and slowly head in to Point Charles.  Stacey was dispatched to fight holiday traffic and make the turtle rescue up in Key Largo.  A workman’s dolly was employed to transport Rudy from the dock to The Turtle Hospital ambulance.  “Rudy” was named by the Collopy children to honor the Notre Dame football player who made a comeback after a devastating injury.  We’re all hoping Rudy the turtle will do the same! 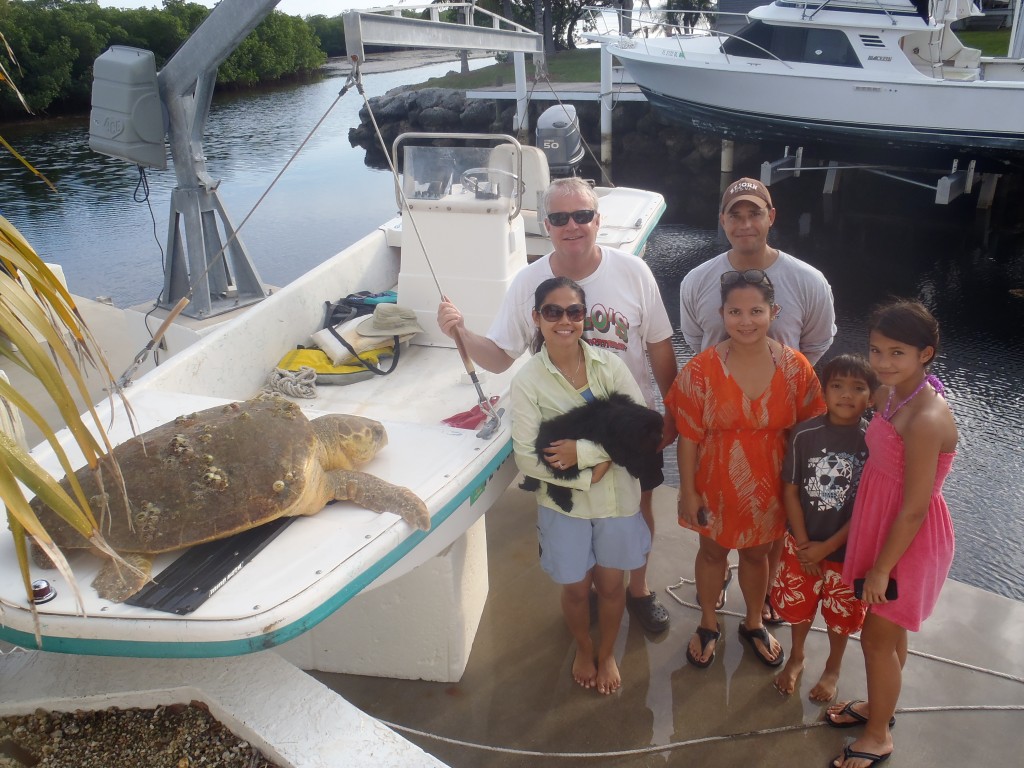 As suspected, x-rays show Rudy is heavily impacted with shell material producing an abundance of gas which caused the turtle to float.  Loggerheads feed on shelled organisms like crab, lobster and conch, but when their food items become scarce–largely due to overfishing–they feed on smaller shelled organisms.  The reduced shell size unfortunately can cause this replacement food source to form a blockage in the intestines.  But Beano and lactulose are our best friends!  Along with fluids, iron injections and antibiotics, we hope to see a full recovery.

We are very grateful to the Collopy family for being so caring, especially during the holiday season!