Some Rare Turtles Check in for Treatment

The Turtle Hospital responded to two rescue calls in late June and were successfully able to treat two critically endangered sea turtles. The first was “Leanna” a 100lbs Adult female Hawksbill who was found on 6/16/2014. Leanna had become severely entangled in a rope that was attached to a heavy crab trap. The rope had begun to cut through the bone of the front flipper and the flipper had lost all circulation. Due to the extent of the damage, Dr. Cathy of Marathon Vet. Hospital needed to amputate what was remaining of the limb. Today, Leanna is doing great! Even with only one front flipper, she is very fast and feisty. We are looking forward to releasing her within the next couple of months. 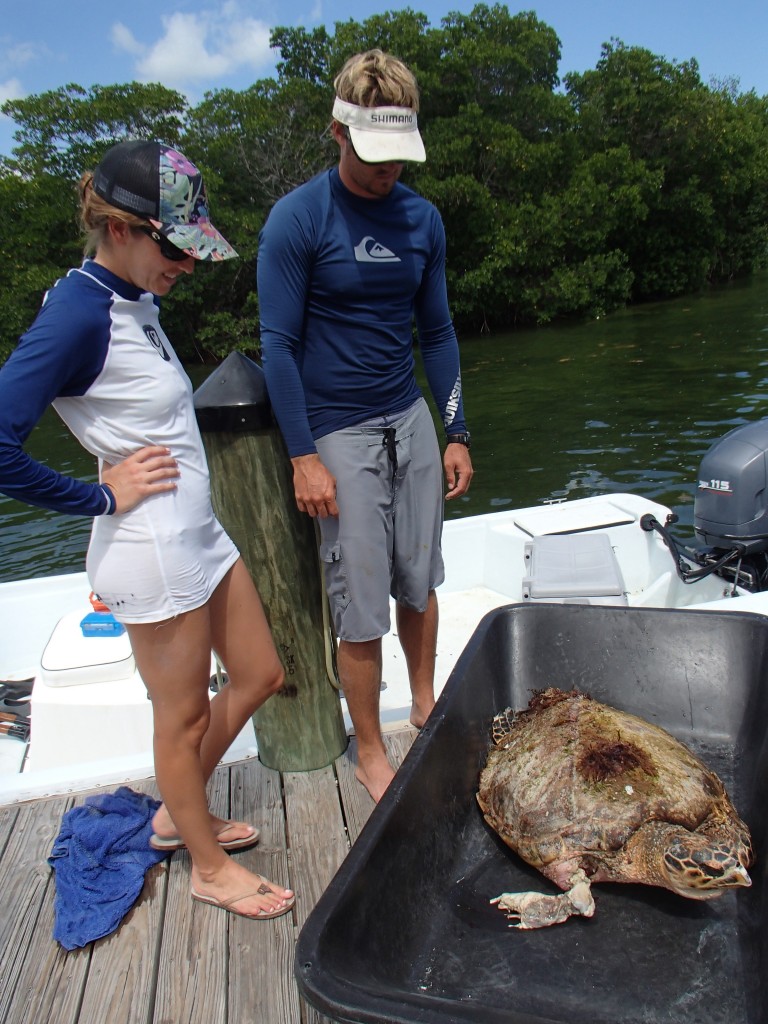 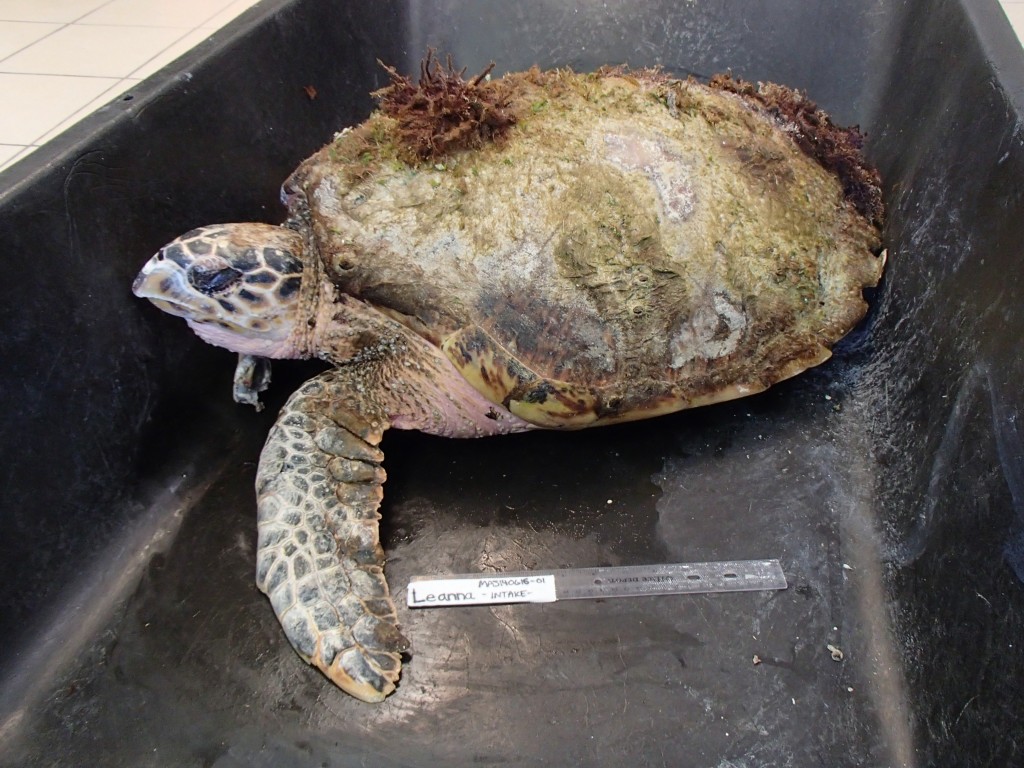 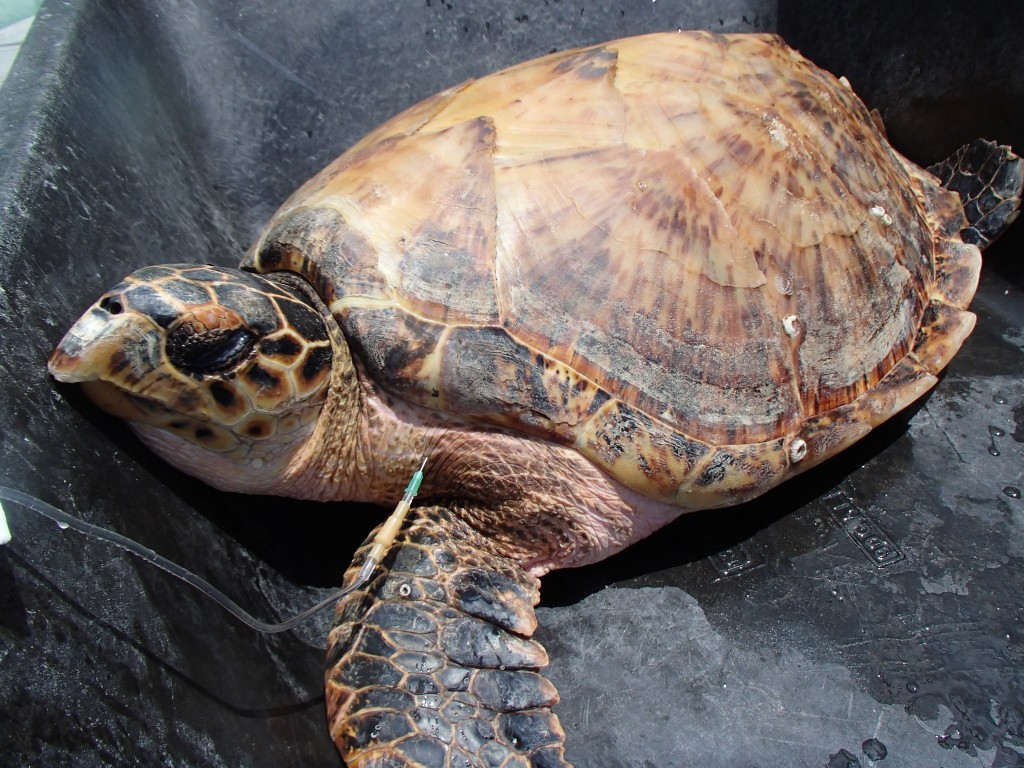 The second rescue was the even more rare, Kemps’ Ridley specie. “Spider” is a 40lbs Sub-adult sea turtle that also became entangled in some debris in the Florida Bay. This time it was Spiderwire fishing line which is very hardy. The line did a small amount of damage to the bone but luckily was in a much earlier state than Leanna’s. After removing the line at the hospital, we found Spider was able to use the flipper decently well. With laser therapy and medication, we expect Spider to make a full recovery soon too! 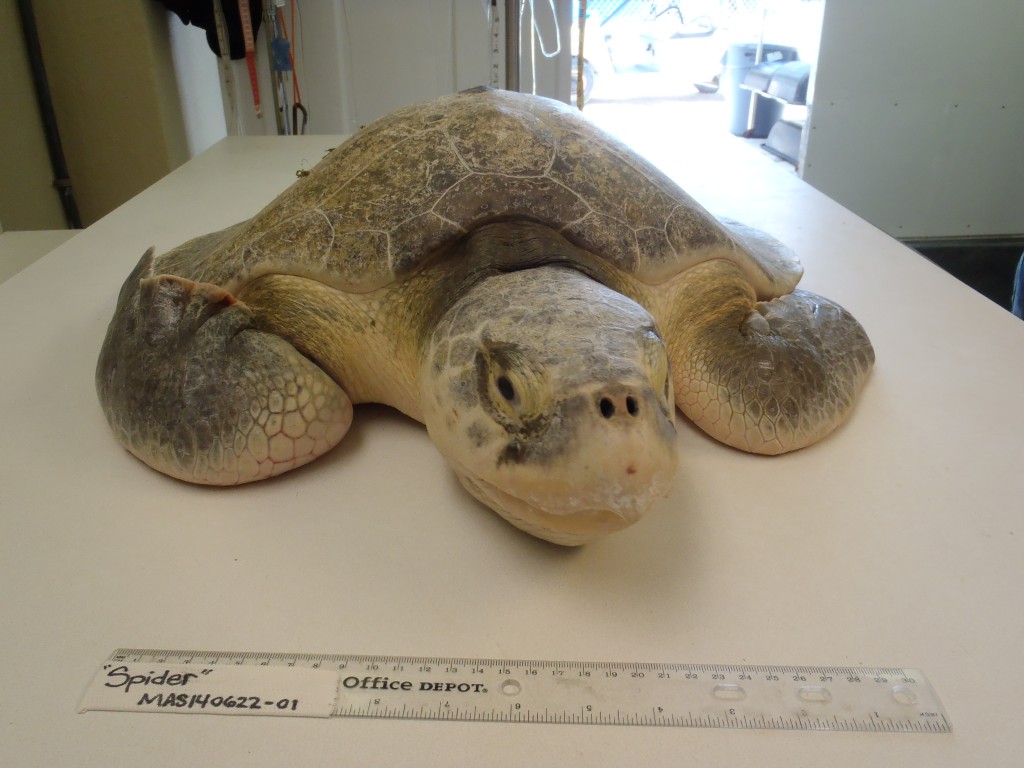 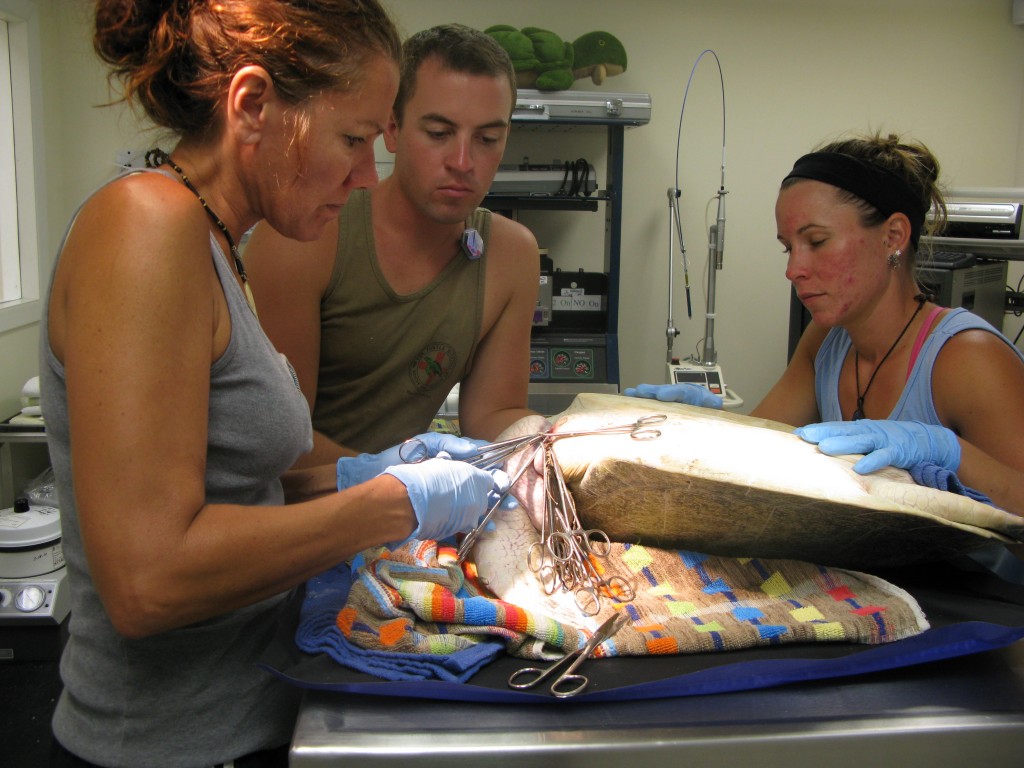