Splash Gets Rescued in Key Largo

Turtle Hospital received patient number 30 yesterday afternoon! This little one was spotted by turtle rescuer Melinda Smith in Key Largo. After seeing this turtle a few times at the surface, she knew something was wrong and called for help. Melinda gave the location of the turtle to FWC officers and they were able to get the tiny turtle aboard their vessel and transported down to Marathon. The juvenile Kemp’s Ridley turtle was named “Splash” and is the most endangered species of sea turtle on Earth! 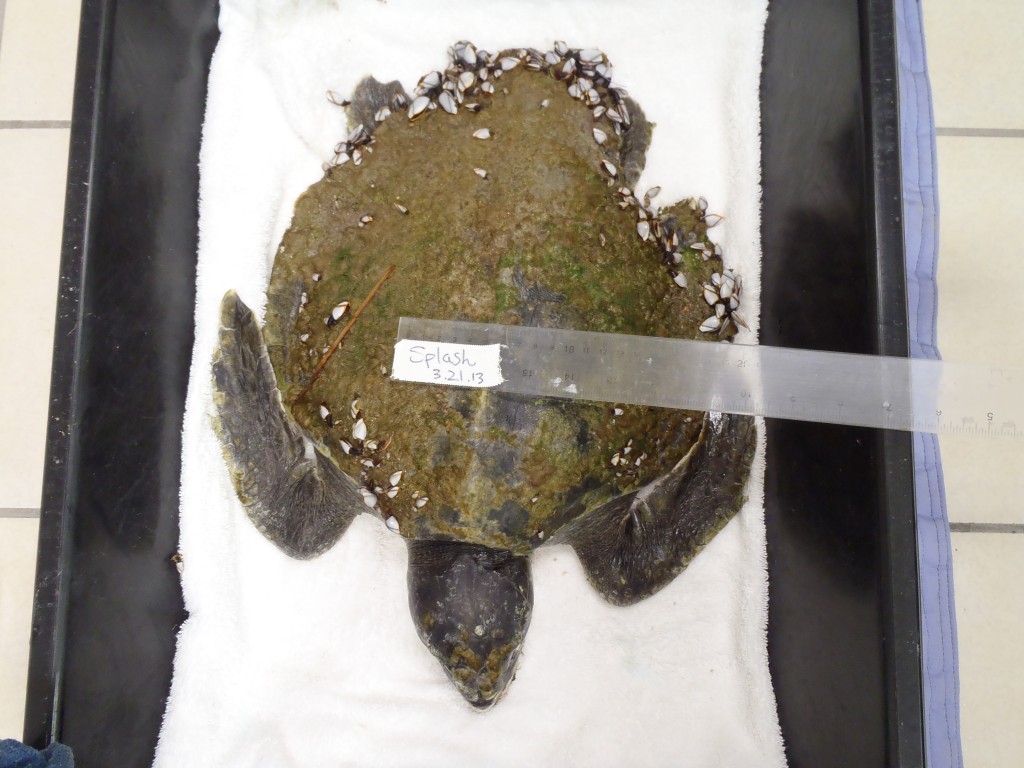 Splash had been lethargic for quite some time! The carapace had a thick sludge of mud and algae along with large amounts of goose-neck barnacles and leach eggs. The shell is soft in many areas and has even begun to sink in on the underside; Splash probably hasn’t eaten in days or even weeks. A portion of the carapace in the rear is missing, likely due to a predator attack some time ago. Radiographs revealed some gas in the GI which explains the floating. Initial medications and fluids were administered to stabilize Splash as he comfortably rested in towels on a heating pad overnight. 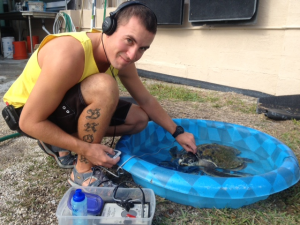 This morning, staff was a little worried as Splash barely moved and had a low heart rate. With more medication, sunlight, and a little water, he slowly started to perk up! He became very alert and was always looking around, but was still too weak to even lift his head for air in water. After his fresh water bath to remove the biota, Splash was moved to the rehab enclosure and put under a sprinkler to keep him moist while he rested. 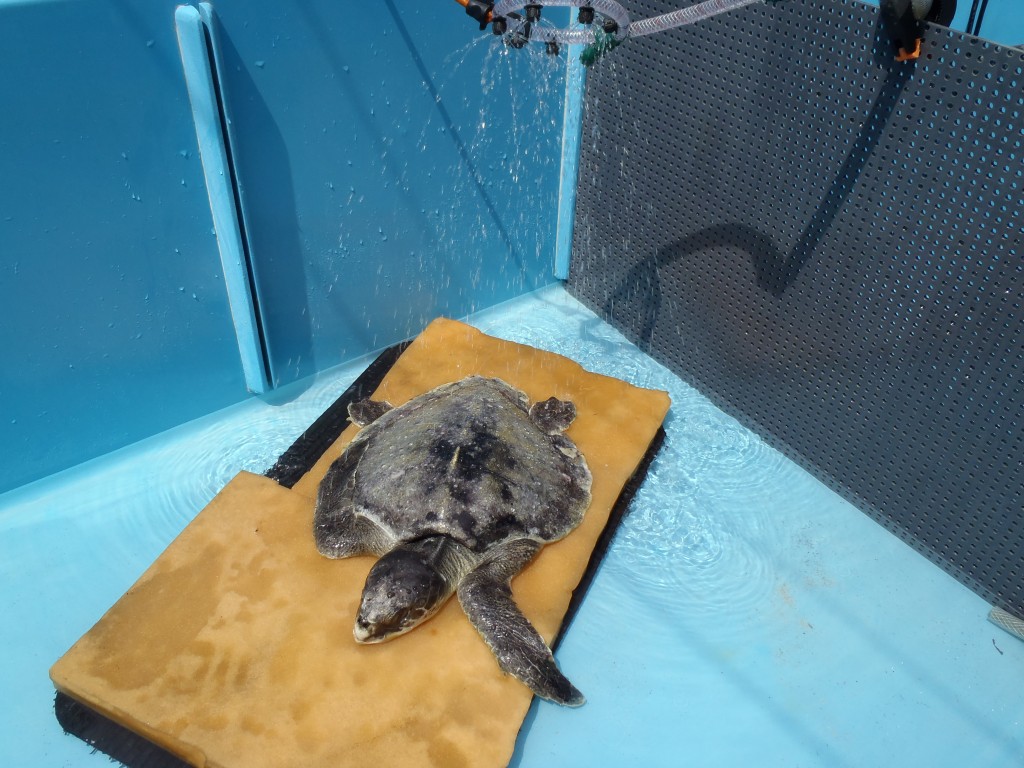 After getting cleaned up, Splash moves to a hospital tank under a sprinkler.

After a few hours, staff decided to give Splash another chance in shallow water and the instant he was picked up he started flapping his flippers like crazy! In water he was so active that he would zoom right passed his food. Once he became more comfortable, he ate a few squid heads and immediately started looking for more. Splash has made us very proud this early in his recovery! Stay tuned for more updates on this turtle on our blogroll or under Current Patients, located under the “About the Turtles” tab above. 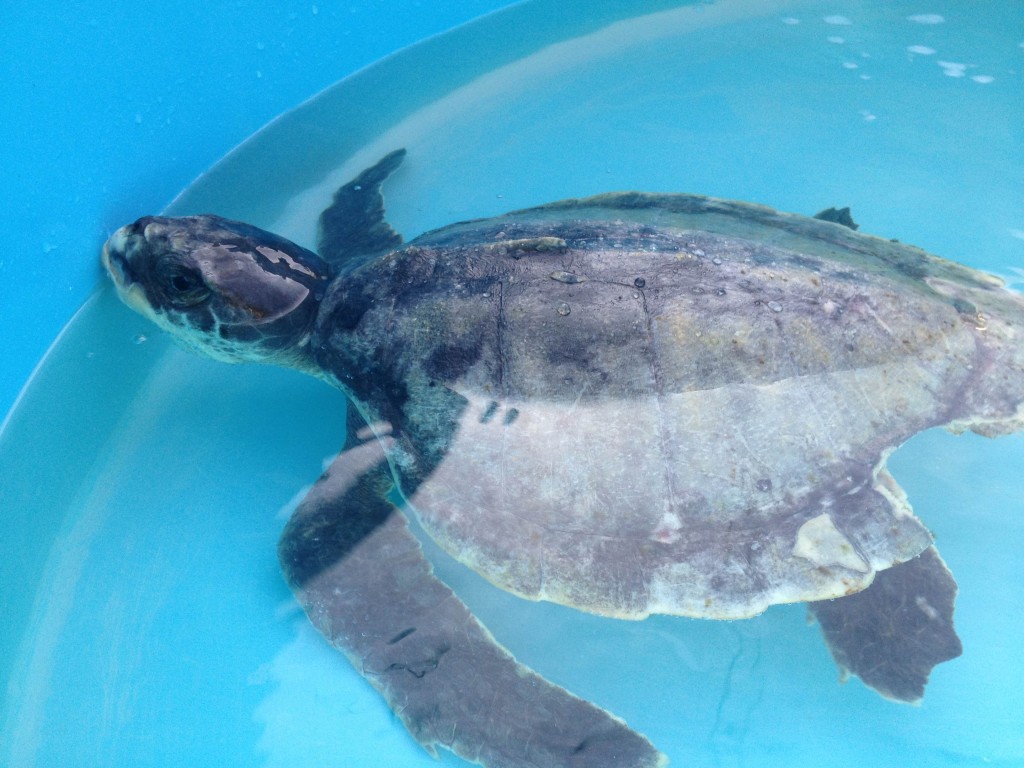