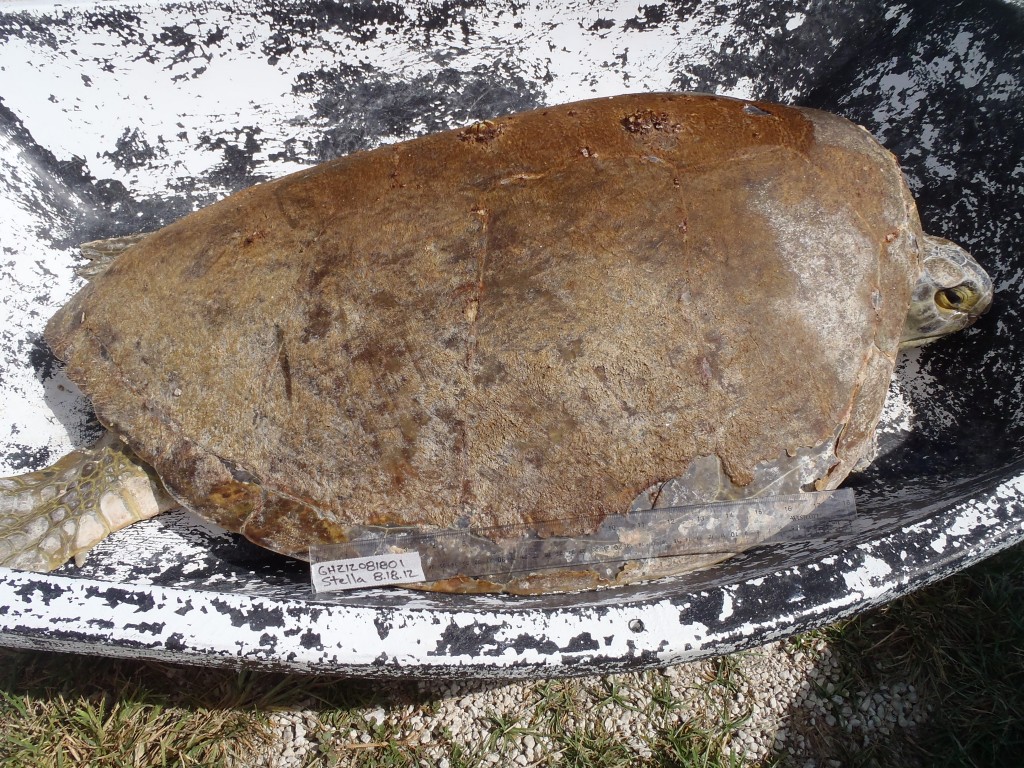 August 18, 2012: Stella arrives after a long period of floating in the wild. Underweight, with sun damage and heavy epibiota coverage on the shell.

Stella, an adult female Green, came to The Turtle Hospital back in August, and until recently had been stuck floating at the surface of her hospital tank. Upon arrival, a bronchioscope revealed a constricted bronchus tube leading to an infected right lung. This caused Stella to float on her left side due to a small amounts of air entering the right lung and large amounts of air entering the healthy left lung. Turtles that cannot submerge have a poor chance at surviving in the wild due to sun damage, boats, predators, and being unable to dive for food. We knew Stella would have to sink in order to have hopes of release.

After months recooperating, Stella still floated to her left side and we were unsure if she would ever make a full recovery. We are happy to report that in recent weeks, we’ve been coming in to find Stella resting flat on the bottom of her tank, just like a healthy sea turtle! We are paying close attention to her blood chemistry, but hope for release in the near future! 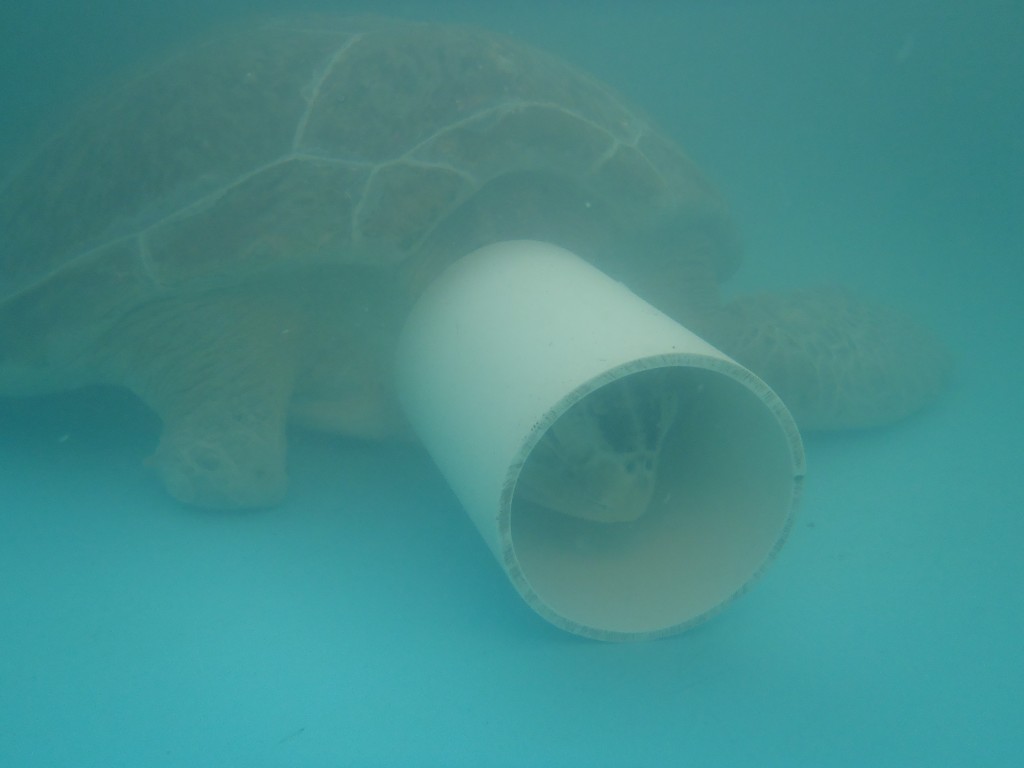 Stella hides her head in her favorite PVC pipe while resting on the bottom.