Staff awoke to the sound of the rescue phone ringing early on Saturday morning, with Ryan Erickson on the other end asking for help with a floating turtle. Ryan was just getting his morning of fishing started, working the Key West Tarpon Guide charter vessel when he spotted something out of the ordinary in Calda Channel. Unable to dive and with 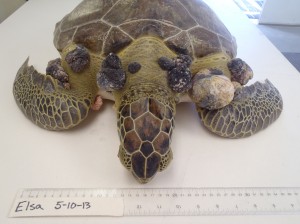 fibropapilloma tumors it was obvious the turtle was in distress, Matt of The Turtle Hospital asked Ryan to bring the turtle aboard his boat if possible. It was no problem for Ryan, so Matt hit the road while Ryan met up with Tom Sweets of the Key West Wildlife Center who happily agreed to hold the turtle on land while the ambulance made the drive to mile zero. 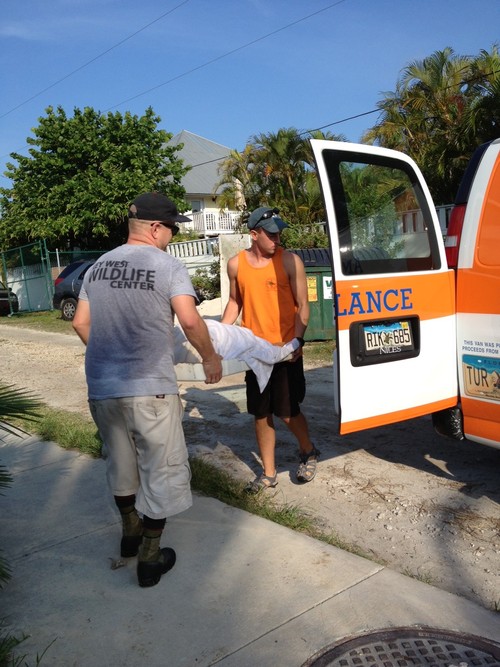 Elsa was very responsive and appeared to be in good body condition which was a pleasant surprise. Many turtles afflicted by FP become so emaciated and debilitated due to the tumor growths which wasn’t the case here. After removing leaches and leach eggs in fresh water bath, ‘Elsa’ as Ryan named her, was put in a hospital tank and immediately began eating some squid. When blood chemistry results improve, Elsa will be healthy enough to undergo surgery. 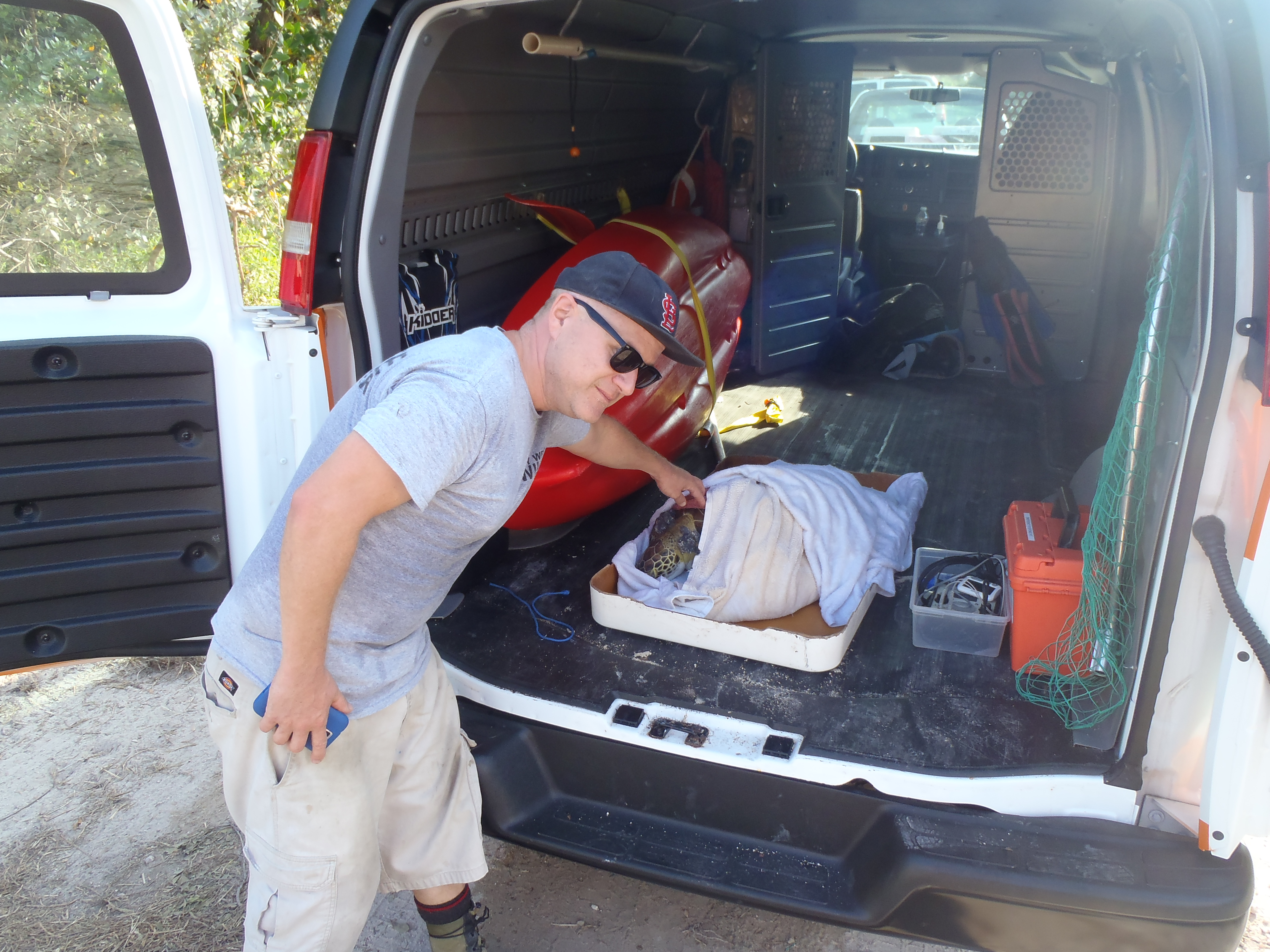 The Turtle Hospital is extremely thankful to Ryan of Key West Tarpon Guides for finding and rescuing the juvenile Green turtle. We were also lucky enough to have the help of Tom and the Key West Wildlife Center for retrieving the turtle from the boat and keeping her comfortable until we were able to arrive. Check back for updates on Elsa!