The Brandt’s were enjoying a nice day on the water near Homestead, FL when they found a floundering Green sea turtle they nicknamed ‘Walter’. It was 7:30pm when they noticed that Walter was unable to dive beneath the surface although he continued to try. After watching for a while, the Brandt’s knew something was wrong as Walter started to become exhausted and called FWC for help. 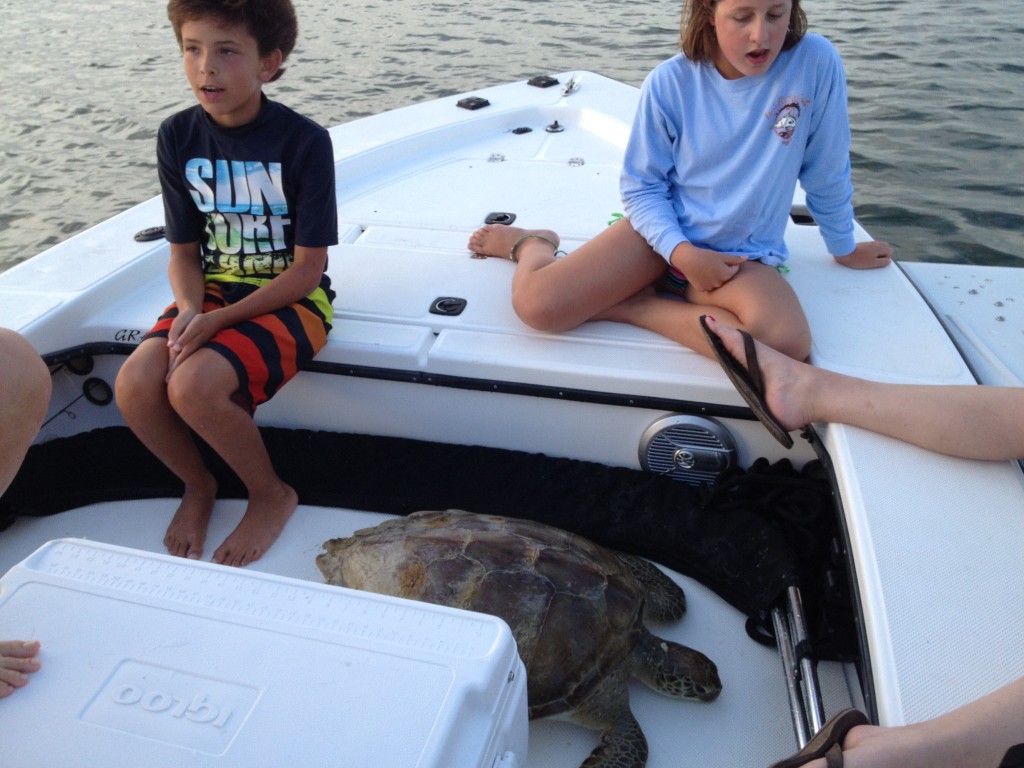 The family was asked to help in his rescue and they quickly lifted him onto the boat where he was finally able to rest. Rehabber Matt hit the road in the ambulance and retrieved Walter from the Brandt’s home in Homestead just after 11pm. 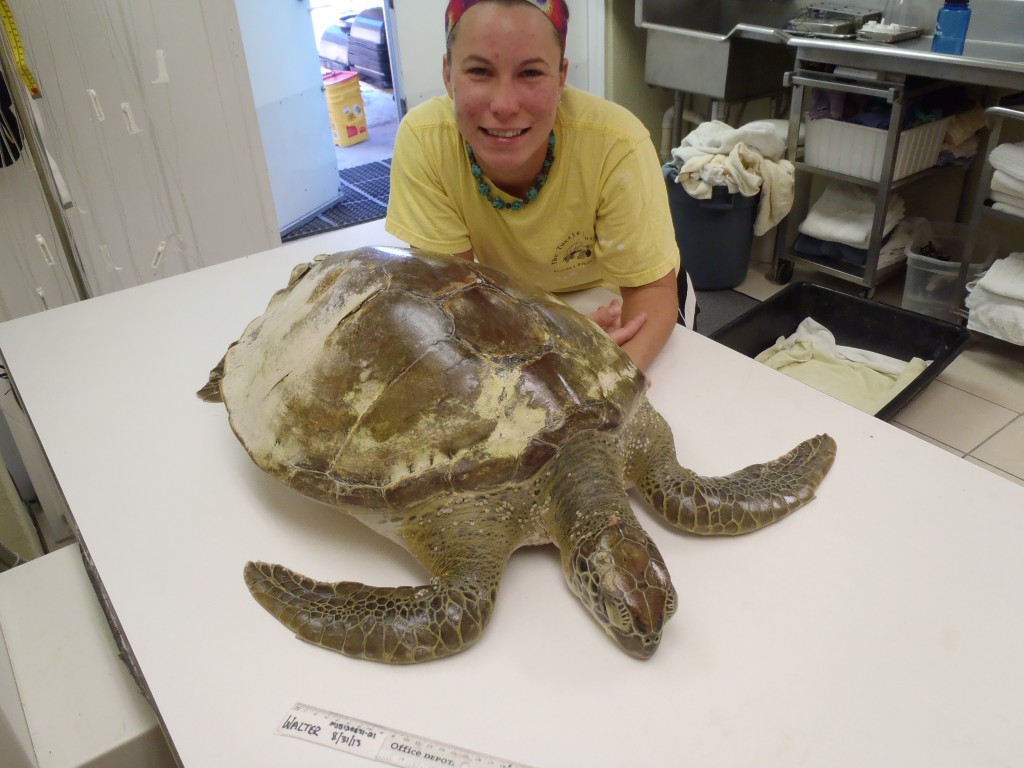 Marie lines up Walter for an x-ray.

Thanks to the Brandt’s for getting Walter some help! After initial radiographs, it is clear that Walter has some sort of intestinal blockage that is causing him to float. Luckily for Walter he was saved from possibly being hit by a boat. Stay tuned to see Walter’s progress!