Barrett is our newest patient here at The Turtle Hospital. He was found in the waters around Coral Gables, Florida outside of a marina. He is completely covered in fibropapilloma tumors, and had monofilament fishing line wrapped around the tumors as well. Officer Hefner, of the Florida Fish and Wildlife Conservation Commission, was kind enough to transport Barrett from Coral Gables, all the way to The Turtle Hospital in Marathon, Florida. 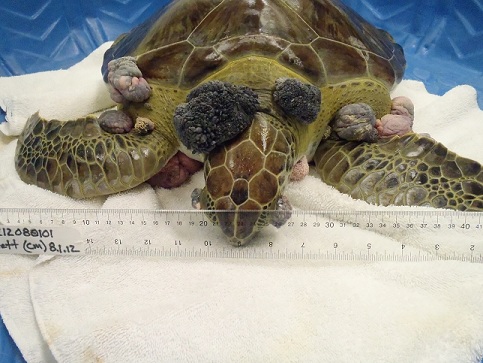 Named Barrett, after Officer Hefner’s son, Barrett has a strong will to survive. He had surgery on Tuesday, August 7th 2012 to begin removing the tumors. Unfortunately, Barrett had to have one of his eyes removed, and had to have a tumor removed from the other eye. Barrett will need to have at least 2 more surgeries to remove the remaining tumors from around his front and rear flippers. Once the tumors have been removed, Barrett will begin his one year period of being tumor free. Hopefully he will go one year without any re-growths and we will be able to release him September of 2013. 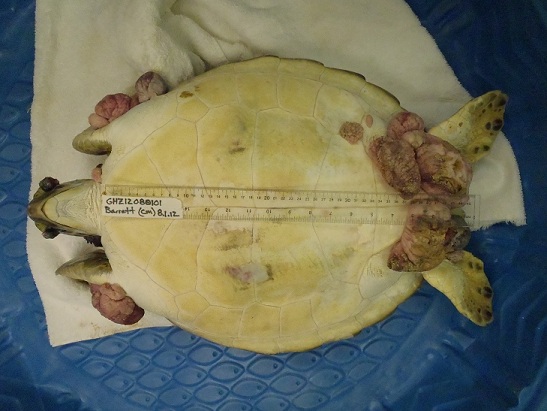 Very special thanks to Officer Hefner for ensuring this little guy has a chance to survive. We will continue to update you as to Barrett’s progress throughout his rehabilitation here at The Turtle Hospital.