The weekend ended with two new turtles added to our current patients list with juvenile Green sea turtles rescued on Saturday and Sunday. The first turtle was found offshore of Cape Sable by a group out on the ‘First Love’ fishing charter. A young girl named Katie accidentally snagged the turtle which was brought aboard in order to remove the gear. The turtle had no damage from the fishing gear, but was lethargic and covered in 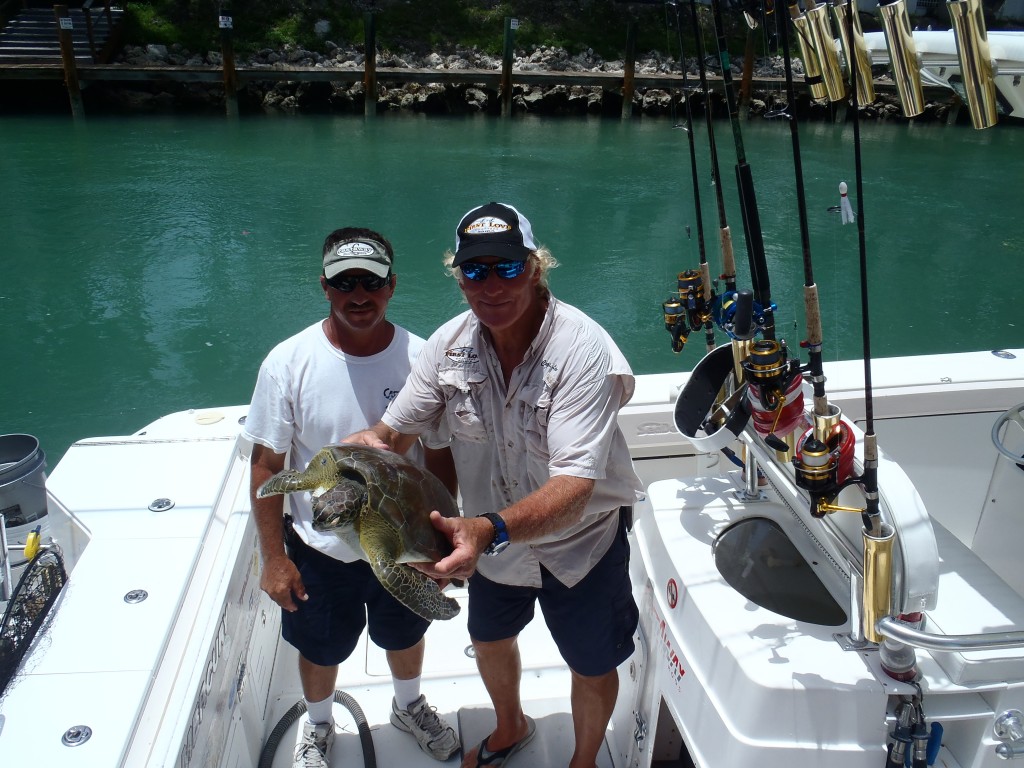 fibropapilloma tumors. Captain Lee Lucas has rescued several turtles before for us in the past and knew just what to do. Once the call was made, the ambulance hit the road and met up with Captain Lee and Joey Boucher who passed the turtle on to us for treatment. The turtle was named both for the young fisher, Katie, and for the boat, First Love, ‘Katie Love’. 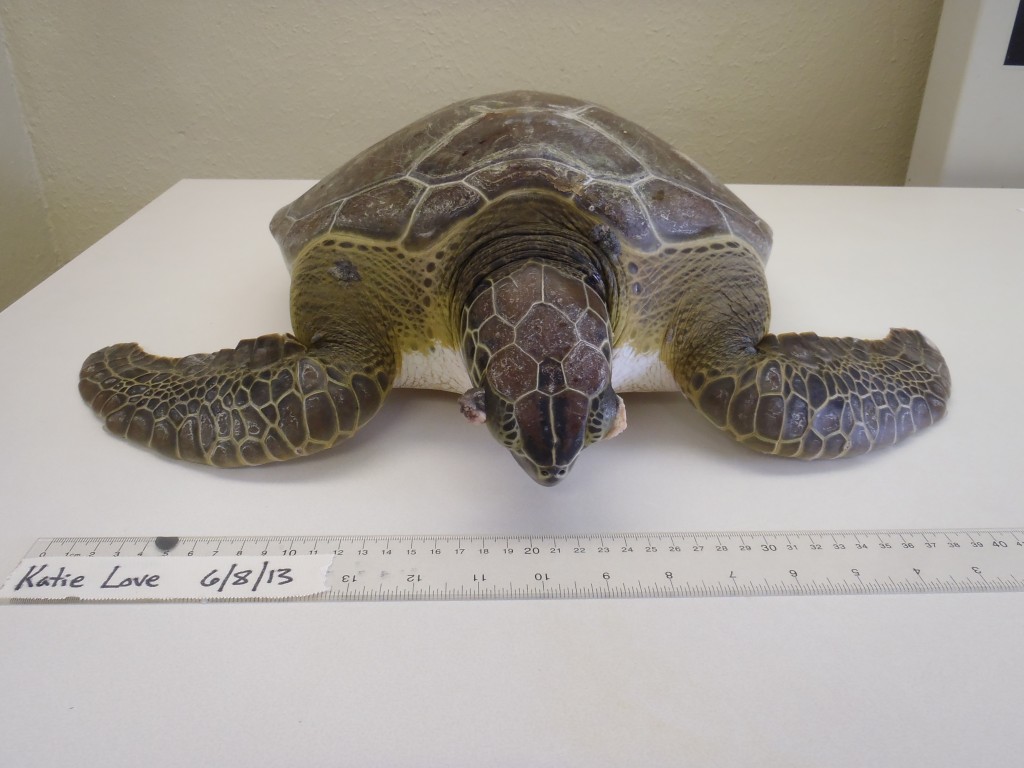 The second turtle was rescued on Sunday evening, June 9th, when neighbors Alan and Gail happened to notice a turtle circling next to the sea wall off of South Roosevelt 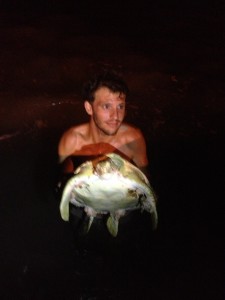 Boulevard in Key West. The turtle seemed to be struggling to breathe and running out of energy.  Alan waded into the water and retrieved the turtle who was also covered in FP tumors. Finally at nearly 11pm, the turtle was secured and Gail Lima brought the turtle to Tom Sweets of the Key West Wildlife Center who held the turtle until we could arrive to Key West at nearly midnight!

Gail decided to name the turtle ‘Gaia’, symbolizing ‘Mother Earth’, a term many Greeks and others associated with the turtles long ago. 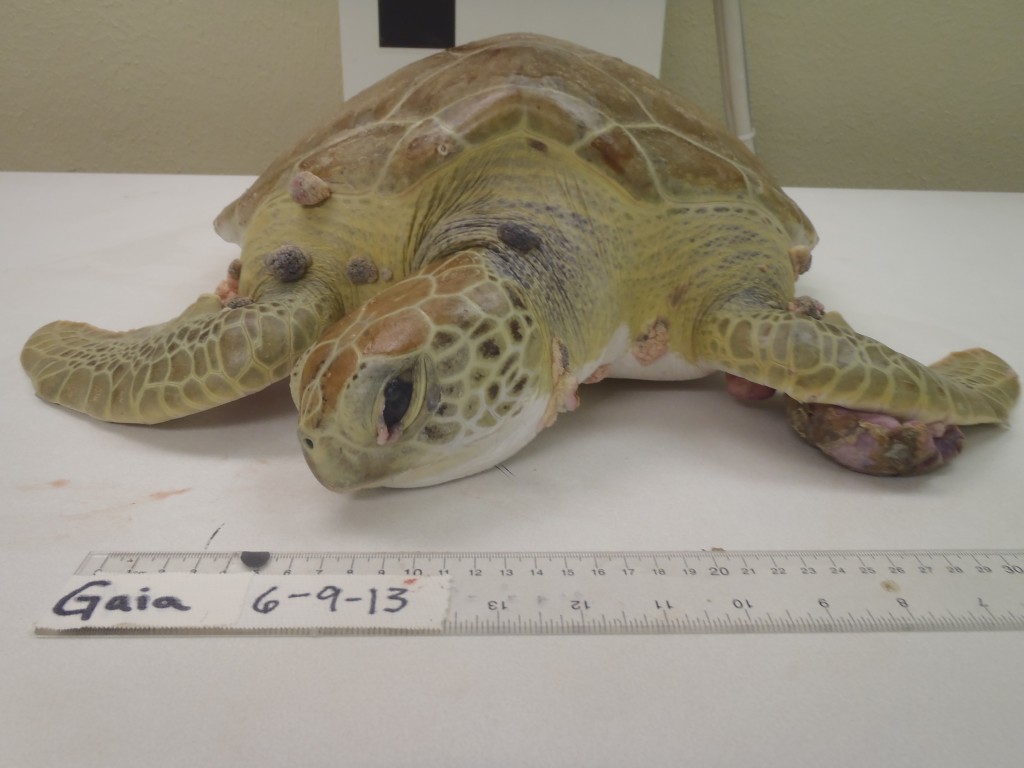 Both turtles are not as emaciated and debilitated as many young Greens suffering with the fibropapilloma virus often are upon arrival. After just a few days, both turtles have undergone an endoscopic surgery to search the internals for tumor growths. We were ecstatic to learn that both turtles are clean and we can go forward with the surgical removal of external tumors!

Keep posted with their progress! Thanks to Katie, First Love Charters, Gail, Alan, and the Key West Wildlife Center for rescuing these turtles!