Saturday, November 10, was a busy morning for The Turtle Hospital staff, and we had to kick it into gear quickly due to two turtles in need. The first turtle was called in by a man named Danny (pictured below) who was out boating in Snake Creek, just north of Islamorada. Danny came across a juvenile green turtle covered in barnacles and algae that was unable to dive. The rescued turtle, nicknamed “Duke”, also had an unusually shaped shell, likely due to an old boat hit. 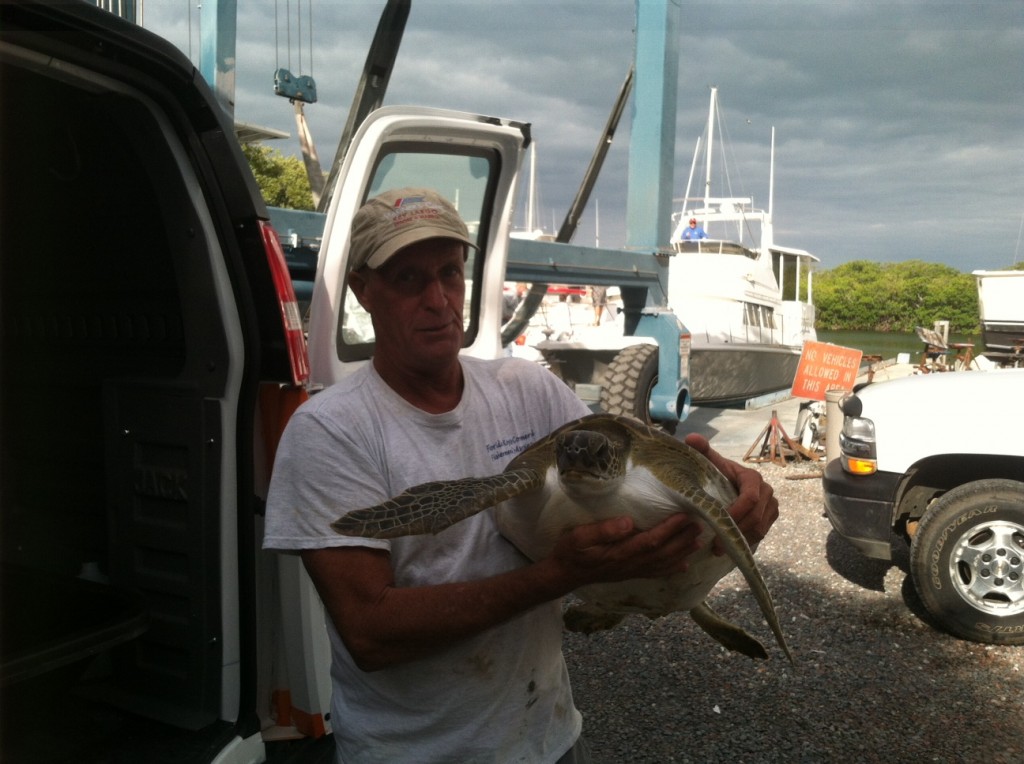 Danny and “Duke”, named for a friend who also assisted in the rescue.

Duke was delivered by boat to Coral Bay Marina where Turtle Hospital rehabber Matt Brochhausen stabilized the turtle and then transported it by ambulance to the hospital. Upon arrival, initial X-rays revealed a large impaction, possibly sand, causing blockage in the intestines. The shell deformation, could be preventing normal function of internal organs, which could also explain the blockage. Antibiotics, fluids, and possible surgery will hopefully lead to reduced buoyancy and normal behavior. Time will tell, stay tuned! 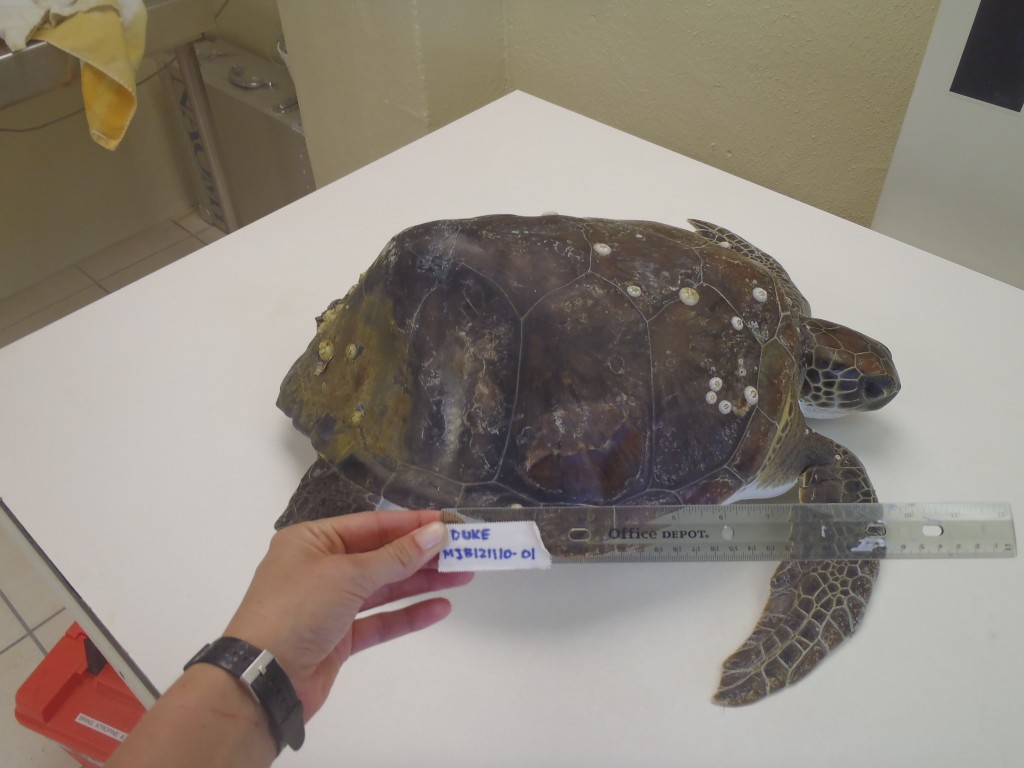 Our second patient was discovered further north in Jensen Beach, Florida by Chris D. who found the turtle weak and debilitated with fibropappiloma tumors. Ecological Associates, Inc. stabilized the turtle and with coordination from The Florida Fish and Wildlife Conservation Commission the turtle was transferred to The Turtle Hospital. Pat Wells and his wife, both members of Save-A-Turtle, were responsible for transporting the turtle to us and for giving the little one her nickname, “Mae”. 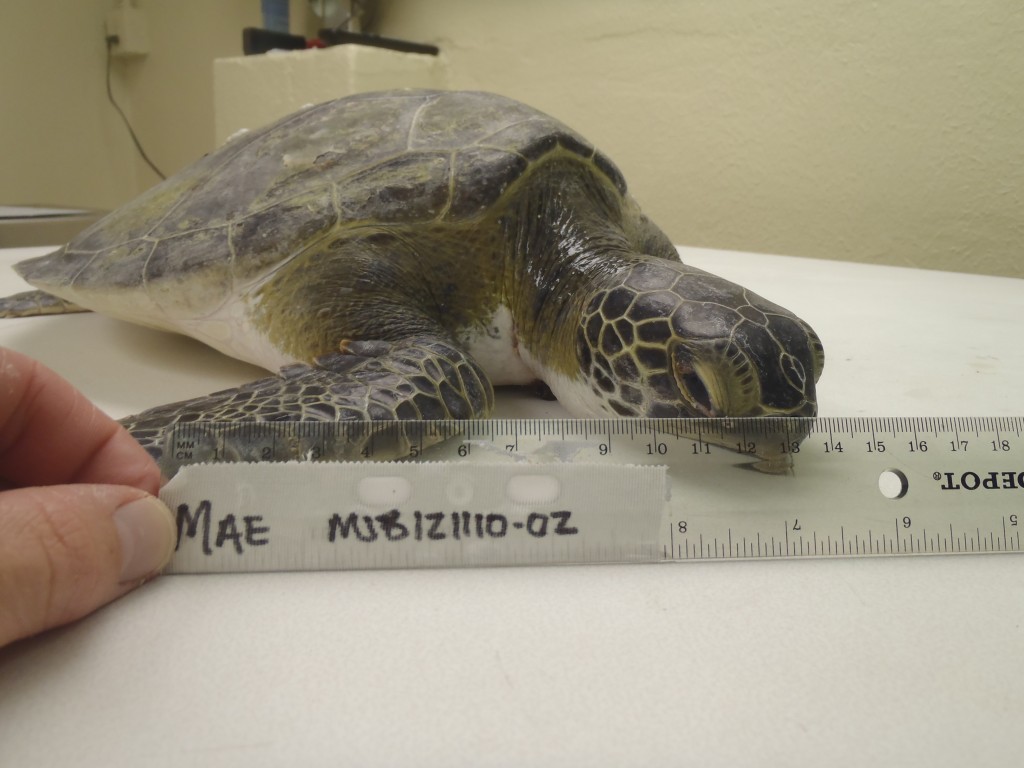 “Mae” remains in critical condition and is being monitored around the clock due to poor blood chemistry and lethargy. Antibiotics and essential nutrients will hopefully lead Mae on the path of recovery as well. Many thanks to the people and organizations that came together to make the rescue of this endangered species possible!