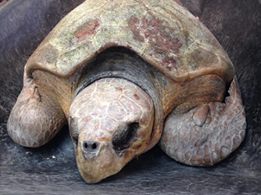 An adult female loggerhead sea turtle was rescued in the lower Keys this morning. The wayward turtle was discovered far from a beach, next to a chain link fence bordering a tennis court. Most likely the turtle followed the lights on the tennis court, rather than the reflection of the moon and stars on the water. X-rays of the turtle revealed mature eggs. The turtle had a check-up at the Turtle Hospital and was released back to her ocean home within hours of being rescued. Hope is she will return to the beach in the upcoming nights and lay her eggs. Nesting females and hatchlings (baby turtles) can become disorientated by artificial light. It is important to turn your lights off at night if you live on or near a shoreline. A big thank you to FWC and the rescuers! 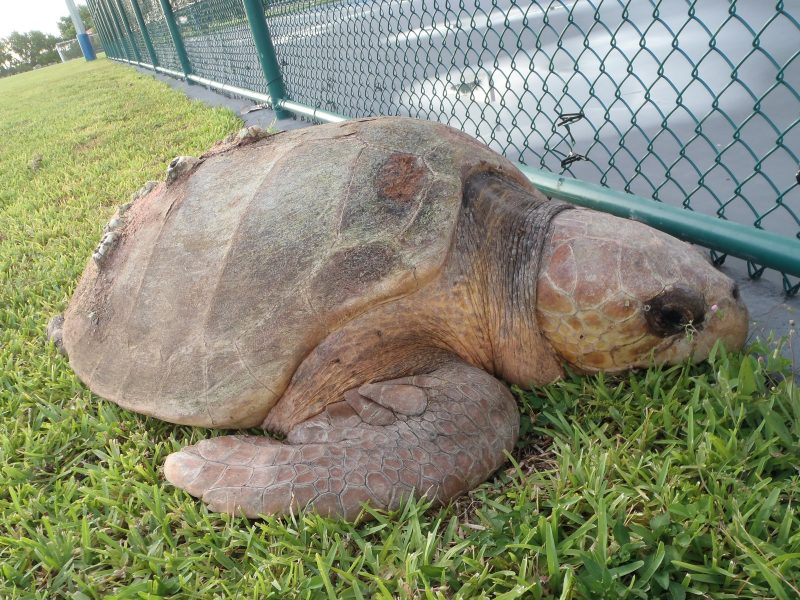