A young Green sea turtle was found today in a marina near Key West floating alongside a family’s boat. A man named Michael spotted the turtle and noticed he was unable to dive below the surface. The turtle also had a badly injured flipper. Michael’s mom Denise immediately called The Turtle Hospital where sea turtle specialist Donna advised her to capture the turtle that was clearly in trouble. Rehabber Matt hit the road in the ambulance and snatched up the 2 lb. turtle who looks like he’s had a tough time out at sea. 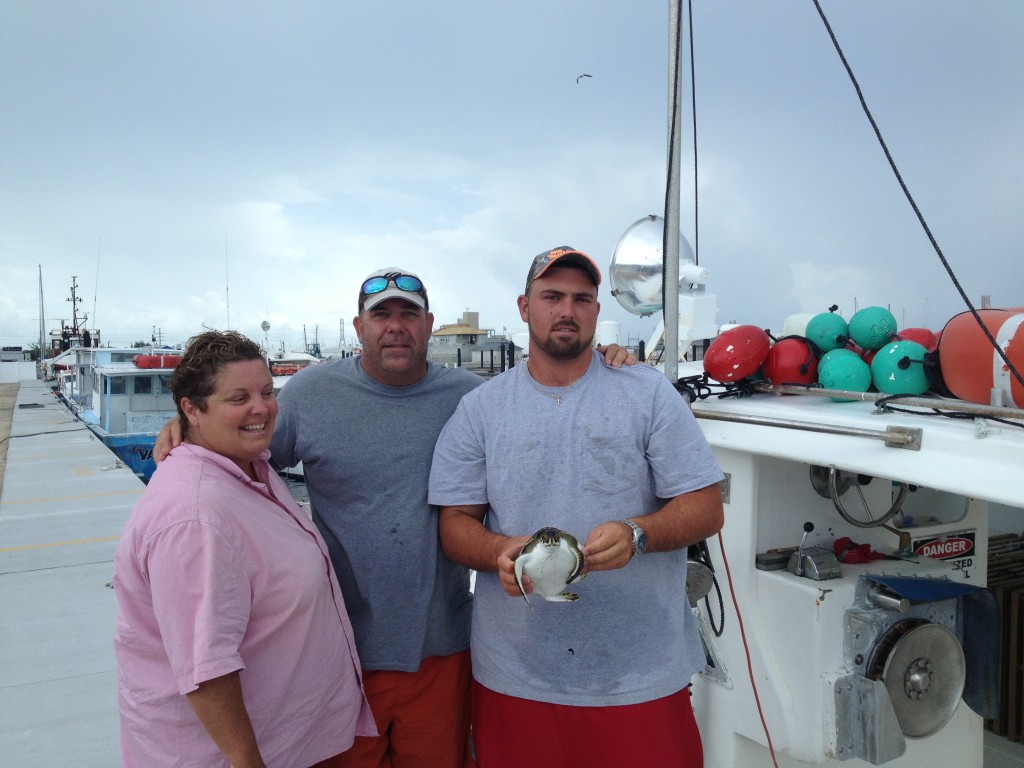 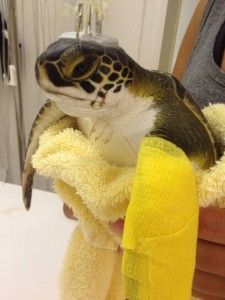 Mikey has a badly torn left front flipper along with scratches on his chin and underside. It appears that the tiny turtle barely escaped some type of predator recently.

From the x-ray staff could see several foreign objects in the intestines which likely caused a blockage and made ‘Mikey’ (named after Michael) float.

Stay tuned to see Mikey’s progress, we hope for a quick recovery!