In the past 4 days, we have been busy admitting 3 Subadult Loggerhead sea turtles! The amazing rescues got these turtles to safety: “Simcha”-77lbs, “Kristi”-118lbs, and “Archer”-131lbs.

Simcha arrived on 1/24/14 and was covered in algae, sand, barnacles, and worst of all was the salt water leeches. The leeches were all over her head, coming out of her nostrils, mouth, and everywhere else on her body. After hours of cleaning her up of debris and parasites we were able to get an accurate x-ray that showed a large circle hook inside of her intestines. Simcha is our most critical patient, she is underweight, anemic, and very tired. When she gets a little stronger, we will be able to better assess whether the hook could pass naturally or if she will ne surgery. Thanks to FWC officer Doug Krieger who found Simcha and got her to land. She was named Simcha which means joy and hope in Hebrew. 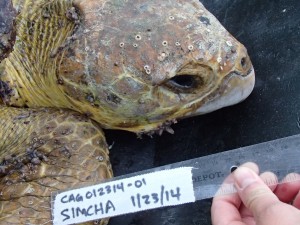 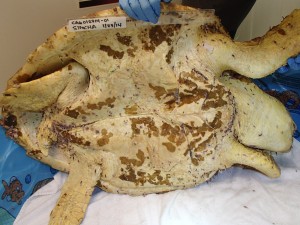 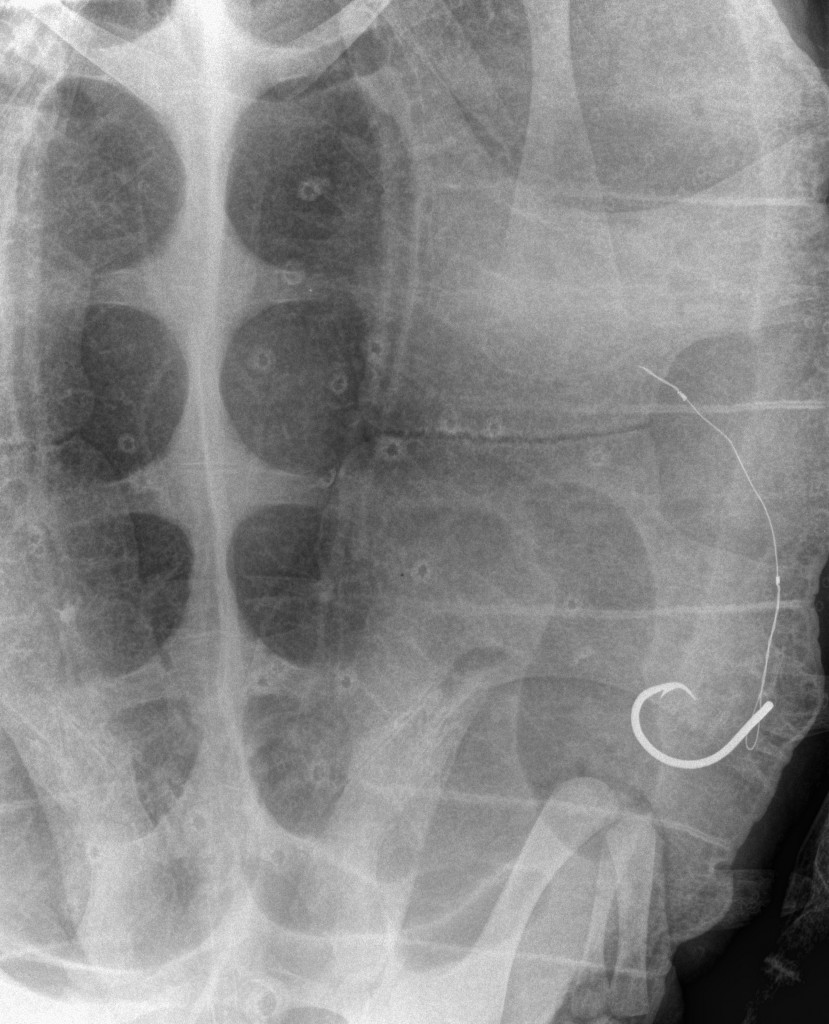 Archer was found off of Archer Key, just offshore of Key West. We received a few calls about this turtle throughout Saturday, but the civilians were unable to stay with the turtle or retrieve it from the water. We looked to the Coast Guard and FWC who sent vessels on a search and rescue mission but they were unable to locate her. We became a bit frustrated to know that there was a sick turtle out there, but we couldn’t find her. Just as we were closing up, we received a call from Amber and Tony on the SV Danger. Their eco-tour boat had spotted the big, floating turtle. With help from Capt. Gary and the Dolphin Safari Charter, they were able to bring her aboard. 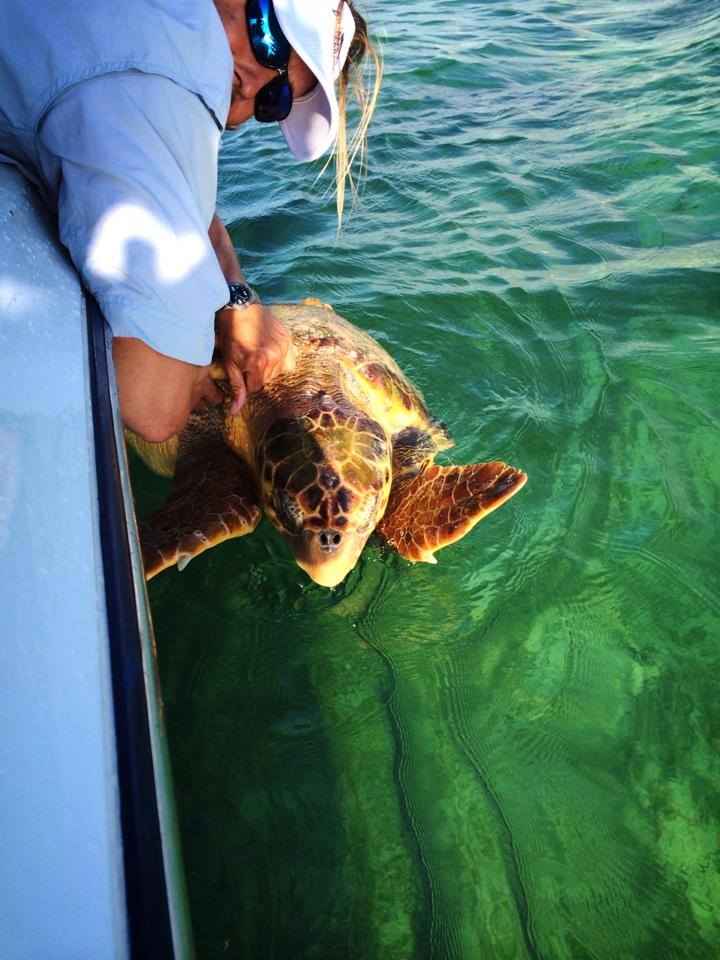 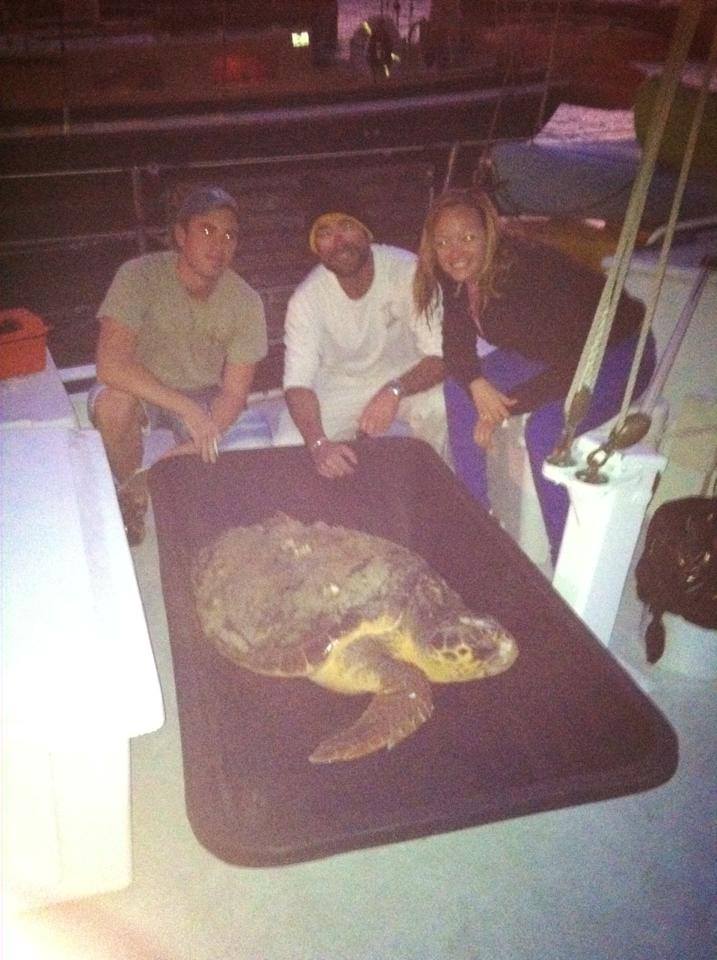 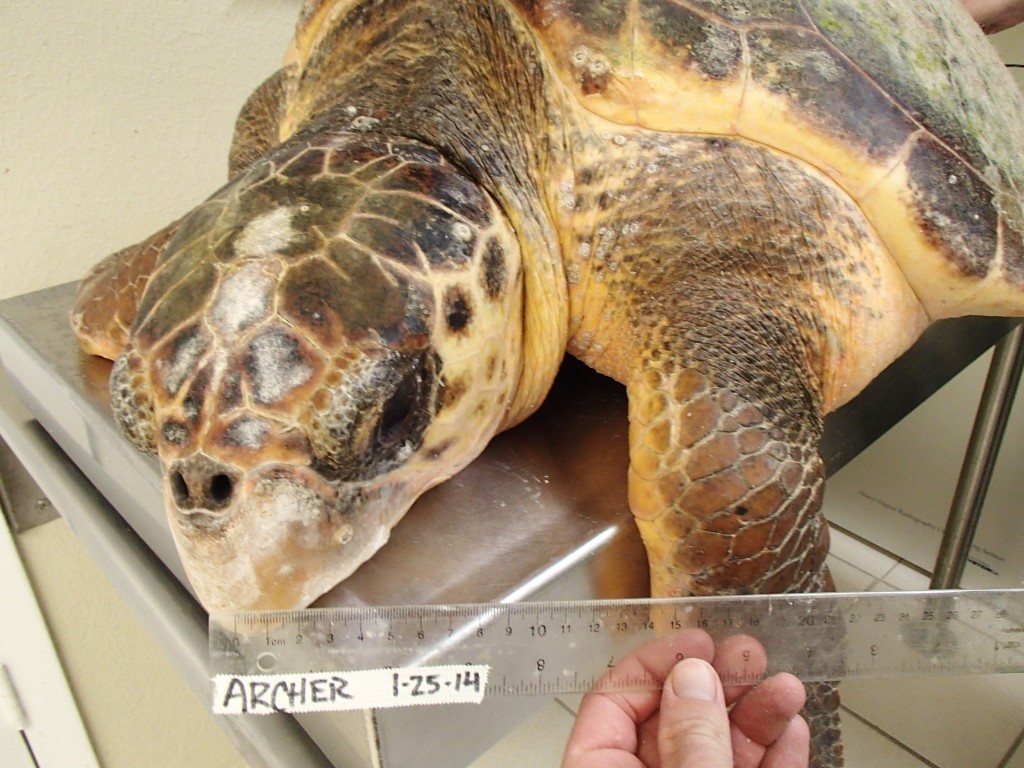 Lastly, Brandon Moore, an Everglades National Park Ranger found “Kristi” swimming along and dragging a stone crab trap with her. Her rear flipper had become entangled in the rope and she was stuck. Luckily, she was able to surface to breathe but she had definitely become tired out and low on food. He, Dan Kiger, and Matthew Sitterson helped get the turtle to safety. Brandon decided to name the turtle after his new wife Kristi. 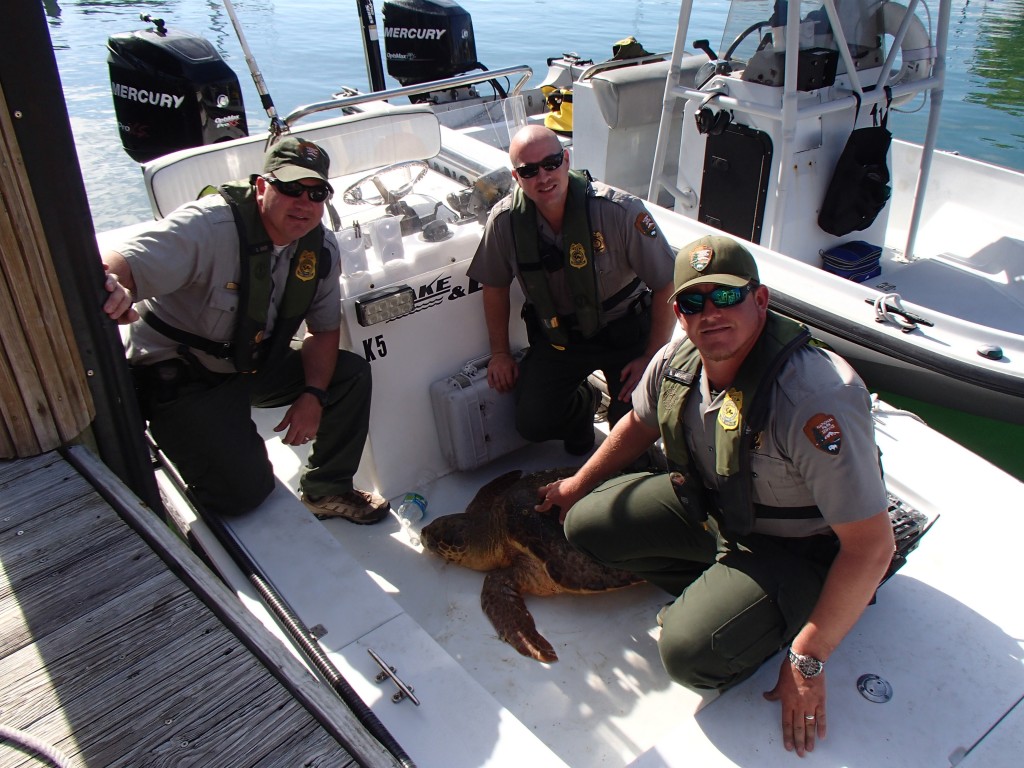 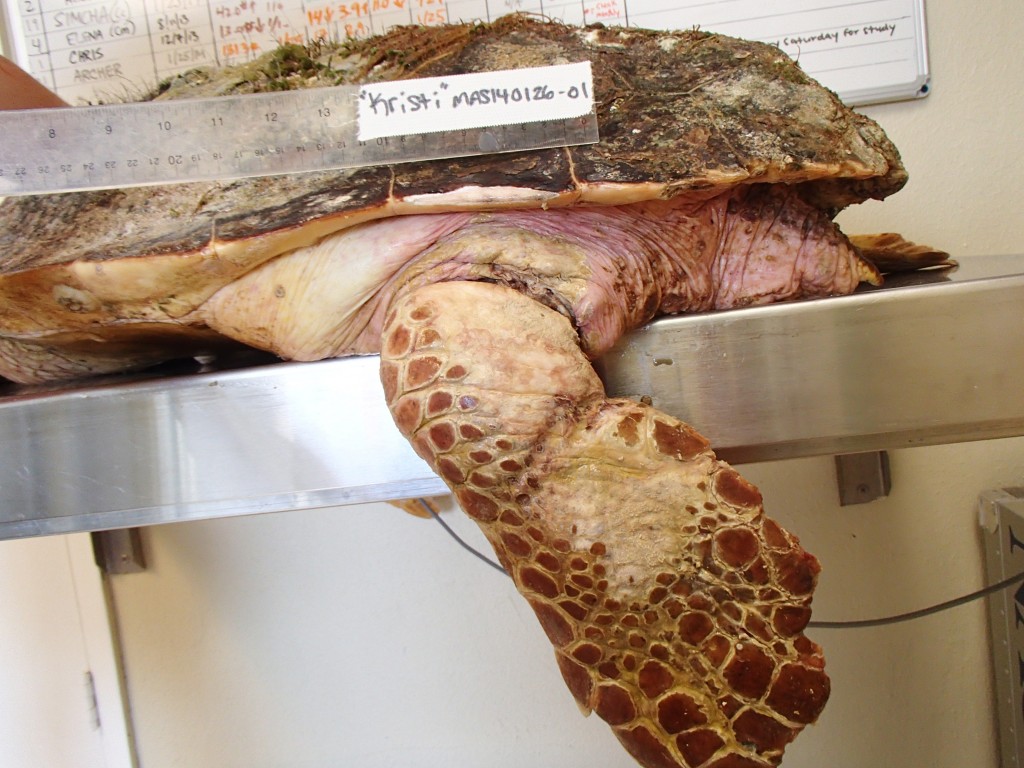 We couldn’t have done it without all of the great people that worked to get these turtles into good hands. We have faith that all three will make full recoveries and be sent to the wild one day!