Summertime in the Keys. Vacationers out in their boats fishing, diving, doing whatever. Lobster mini season (thousands more boaters). Start of commercial lobster season (more, large boats out every day). The results are a dramatic increase of the number of sea turtles that are injured and killed. In the past week alone, the Turtle Hospital has picked up two live turtles (that subsequently died of their injuries), 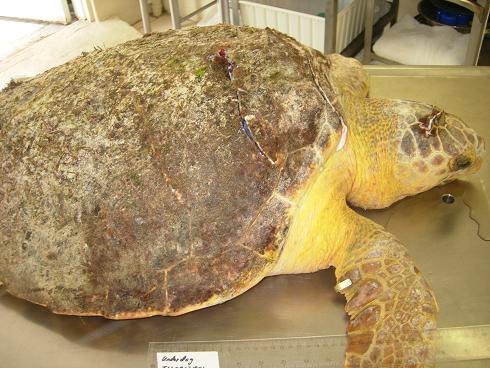 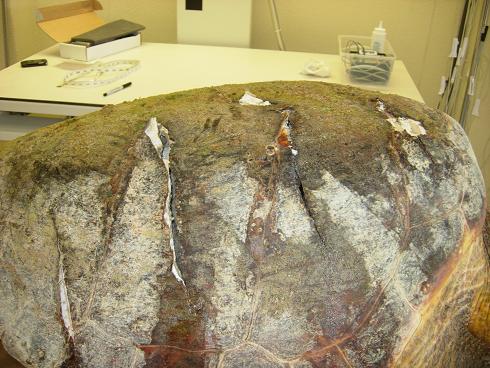 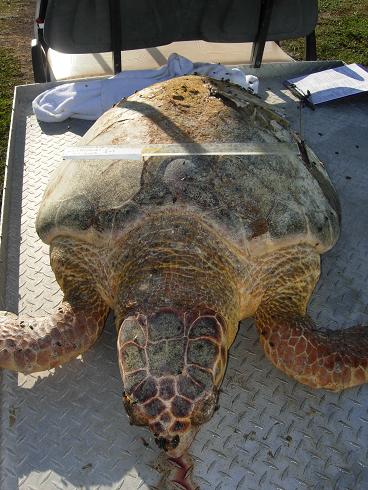 and did reports on 4 others that were called in from the Marathon area. This is only part of the number killed statewide.

Boaters should obey the No Wake zones in canals and channels (where turtles and boats are squeezed together) and be aware there are more adult turtles in the near offshore waters due to nesting season. Slowing down improves response time and has added benefit of using less gas…