Check out a cool video summing up Chelsea’s story from rescue to release by clicking here!

‘Chelsea’ the Loggerhead was found floating off of Big Pine Key, FL on Mother’s Day, May 12, 2013, by a man named Burt and his daughter. The two decided to name the turtle Chelsea because sea turtles are of the family ‘Cheloniidae’ and the turtle was found in the sea. 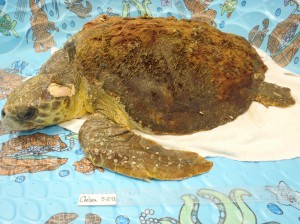 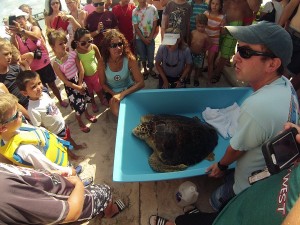 Chelsea had staff amazed at her quick progress and short stay of just 2 months. We were happy to share her release with a huge crowd at Bahia Honda State Park in the Florida Keys on July 13, 2013.